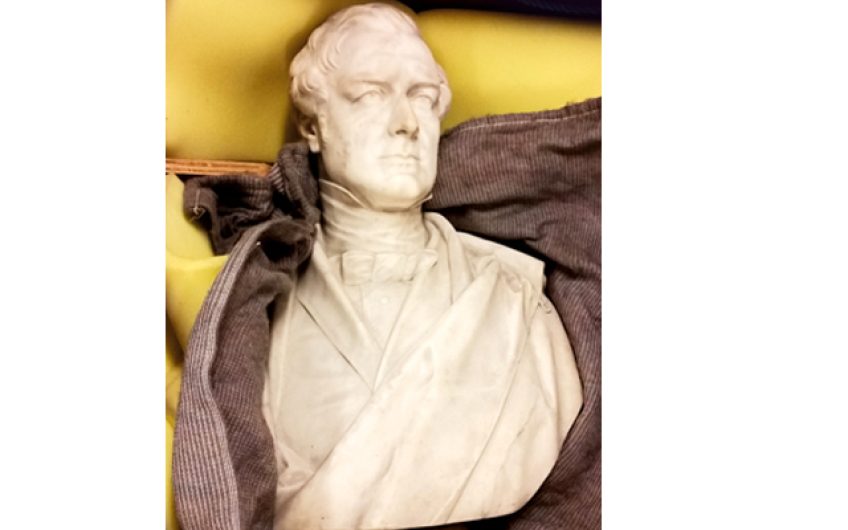 Today, the Queen was due to open the new Metropolitan Police headquarters – dubbed new New Scotland Yard – on the Embankment.

What should have been a day of celebration has become a deeply melancholy day of mourning for the victims of yesterday's horrific attack. The Met will, of course, be in deep mourning for PC Keith Palmer, murdered in the course of his duty. The opening ceremony of the new HQ has understandably been postponed.

The tragedy eclipses one of the surprises that has emerged in the Met's move from their old HQ, opposite St James's Park tube station.

A perfect case for Sherlock Holmes has cropped up: who stuffed the bust of a Victorian prime minister under the stairs at New Scotland Yard?

During the move, the police found this bust of Sir Robert Peel, founder of the bobbies, the original police force. For decades, it had been hidden away in this box under a staircase. No one knows who put it there or why.

I found out about it while chatting at a party to a friend, Kimberly Reczek, who is restoring the bust. It was particularly thrilling because Peel was my great-great-great-great-grandfather. The marble bust was carved in 1851, a year after Peel's death, by Matthew Noble. Noble, a sculptor popular in political circles, also sculpted the Duke of Wellington. Once restored, the bust will take pride of place at the Met’s new headquarters.

You'd have to be Sherlock Holmes to understand the various house moves of the Met.

'The bust has some basic scuffs and scratches, and some stains formed by residues of prior treatments like detergents, soaps and coatings,' says Kimberly Reczek, 'And the nose has a brownish tinge, which is most likely to be "handling grease". People love touching noses. Even when I was conserving it, all the passing policemen kept grabbing his nose.'

Good to hear that modern bobbies still hold their founding father in such affection. But why was Peel’s statue ever dumped in the cupboard in the first place? Time to call in the boys from forensics.