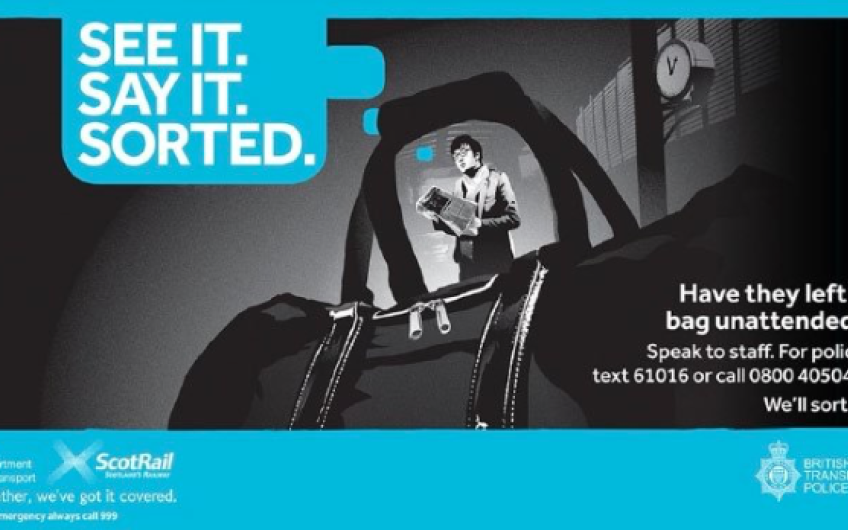 I thought it was just me – until a colleague said, ‘Isn’t it simply dreadful?!’

Yes, it is. The ‘it’ in question is ‘See it, say it, sorted’ – surely the most execrable (and grammatically questionable) public announcement ever released.

Somebody somewhere must have actually come up with this as a bright idea… and, even more unbelievably, some committee or department must have given it official approval.

Not only are recordings of this puerile pronouncement now ubiquitous on all forms of public transport, but hapless employees appear to be obliged to recite it – all of them doing their best not to sound embarrassed, but few of them succeeding.

The ‘say it’ bit – which should be ‘report it’ but which doesn’t begin with an alliterative S – is particularly annoying. But then that is surpassed by ‘sorted’, a phrase that jars with its matey attempt at the vernacular.

It was something of a relief to be on a train from Euston to the Midlands the other day which played a recording of a posh-sounding woman (not a million miles away from the sublime voice of Charlotte Green) who very obviously refused to say ‘sorted’ and very clearly made it ‘sort it’ – still awful but not quite as ugly.

We will presumably have to put up with hearing ‘See it etc’ every time we get on a bus, tube or train until the murmurings of irritation grow louder.

Until then, I’m tempted to say 'Hear it, hate it, hignore it…’ which seems to be a suitably obtuse response.

Champagne for my real friends! Real pain for my sham friends! By Charlotte Metcalf