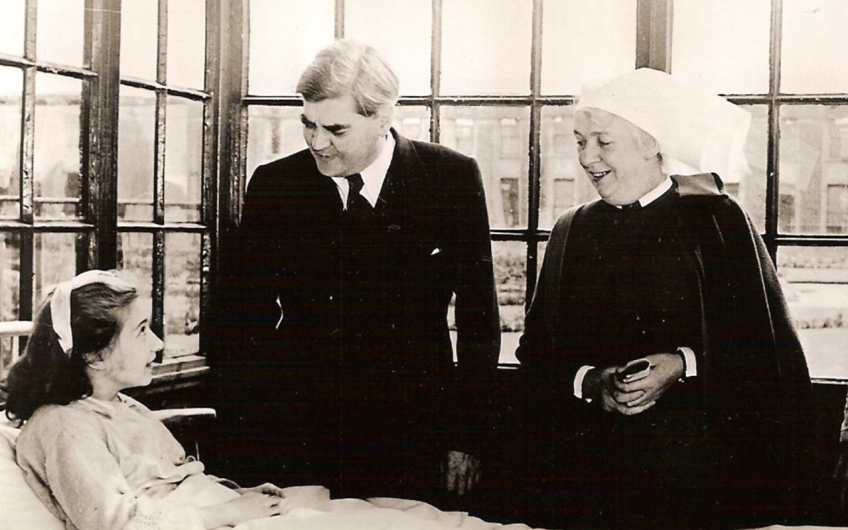 One of our more popular newspapers had a striking headline recently: ‘Now the NHS tells us: don’t get ill!’

The NHS, which celebrates its seventieth anniversary on 5th July, is potentially one of Britain’s greatest assets and should be the source of national pride.

But it is hard to be happy with a service that does not provide world-leading care for pregnant women or their ageing and enfeebled grandparents. Maternity statistics show that British results, once among the international leaders, are now around the bottom in the Western world.

Until recently, the established pattern of survival in old age was that the elderly would live longer and longer. A carefully hidden fact is that recently, in many parts of the country, this pattern has changed. No longer can grandad or grandma assume that they will do as well as their neighbours did five or ten years ago.

It is difficult to visualise how we can return to the time where British medicine was as good as anywhere (other than perhaps in America).

British medicine relied heavily on the skill of the GPs. They not only had to be medically competent at diagnosis; equally importantly, they had to be able to establish rapidly a rapport with their patients and thereafter to be at their service to provide continuity.

The GPs also needed to know and be able to evaluate the local consultants: which one was the best at dealing with a particular disease and which would relate most easily to this patient.

GPs are now limited to hazardously short interviews with patients. Patients are restricted to discussing one problem; even the student in his first week or two on the ward learns that comorbidity (suffering from more than one trouble) is the rule rather than the exception in the elderly.

More dangerously, a GP now has no control over which consultant will see a patient referred to a hospital. The local GP’s knowledge of the patient’s personality, as well as their disease, is disregarded. This previous experience of the relative but necessary skills of the hospital doctor is considered immaterial.

The first reforms that must be achieved are those that involve primary care. That is where we are failing. It has been destroyed by lack of money, an obsession with political correctness, and the faulty selection of future doctors, by only choosing those with the best scientific and mathematical brains. This has resulted from the disregard for the greater personality and empathy that a less mathematically gifted rival might have had.

The doctors in my family practice – my grandfather, uncle and, by then on a part-time basis, my father – were unusual in that they all voted for the NHS.

My father, after qualifying and working in a few junior doctor posts in London, joined P&O as a ship’s doctor and worked mainly in India and the Far East. He returned to Norfolk as a GP a year or two before the First World War and left it to join the army. He stayed in the army after the Armistice until the early 1920s, when he came back to Norfolk and the family practice.

He was convinced that, in Britain, we had the finest services whether in the army, navy or in medicine. When the National Health Service was proposed, he rejoiced in the thought that we could now match the achievements of our army and navy in our civilian medical services.

As the military records receded into history after 1945, he hoped the British NHS could offer an alternative opportunity to display loyalty, self-sacrifice and efficiency by providing the best medical care in the world. This would be available for all patients, whatever their age, wherever they lived and regardless of income.

It is time we returned to this ideal, even if it means an additional tax allocated in its entirety to the NHS – and to the infirm, whether old or young.