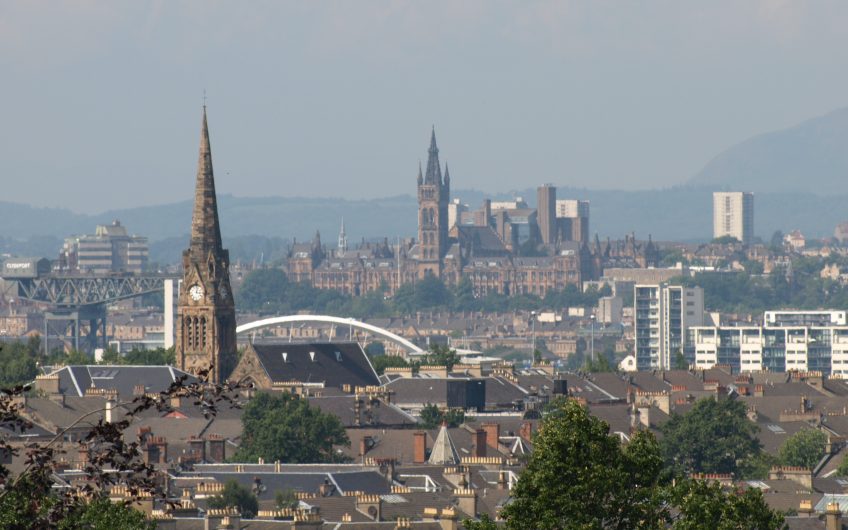 Douglas Stuart, the author of this beautiful and startling first novel, Shuggie Bain, was born and raised in Glasgow, in conditions of near-penury. He is now a successful fashion designer in New York City. Shuggie Bain is, in one crucial sense, an account of his coming to terms with a past that would have left others, less resilient than he, permanently embittered.

The book is unashamedly autobiographical, but not in the fashionable, self-referencing manner of much recently lauded auto-fiction. Indeed, it might be accounted old-fashioned by comparison, given Stuart’s empathetic understanding of characters he treats with a refreshing absence of condescension and knowingness. He lets his people live on the page, in the vividly re-imagined city and its dismal outskirts he knew as a child. The spirit of such diverse Glaswegian writers as Alasdair Gray and William McIlvanney informs the compelling narrative, reminding this particular reader of the adage that a Glasgow funeral is guaranteed to be livelier and more entertaining than an Edinburgh wedding.

Hugh, known as ‘Shuggie’, is the only son of Agnes and Hugh (‘Shug’ or ‘Big Shug’) Bain, a womanising cab driver with a chat-up line best described as ‘basic’. When one of Agnes’s friends, Ann Marie, confesses tearfully that she loves him, he drives his taxi into the dark corner of an empty car park, meets her gaze in the mirror, consults his watch and says, ‘Aye, well, take yer f**king knickers off then. I’ve only got five minutes.’ This balding charmer is Agnes’s second husband. The first, Brendan McGowan, is a dull, reliable Catholic, with whom she has had two other children – a determined girl called Catherine, and a boy they christened Alexander, but who prefers his nickname ‘Leek’. They are already teenagers when they make their appearance, living with their increasingly drunken mother and wayward stepfather in a council flat in a high rise tower block rented by Agnes’s parents, William and Elizabeth Campbell, alias ‘Wullie’ and ‘Lizzie’.

Catherine and Leek, in their different ways, are desperate to escape, and it’s Catherine who succeeds in doing so, marrying a cousin of Shug Bain, named – perhaps with a hint of authorial mischief – Donald Jnr. The younger Donald has landed a lucrative mining job in South Africa and his bride is overjoyed at the prospect of sunlight and sobriety.

The core of Shuggie Bain is set in Pithead, a mining town built to accommodate miners and their families when the industry was thriving. In 1982, thanks to Margaret Thatcher’s economic policies, it’s now a stark blot on the landscape. An exasperated Shug, fed up with her uncontrolled jealous rages, dumps Agnes and her ‘weanies’ in a tiny terraced house he’s procured for them. He then goes back to his latest woman.

Agnes, who has wanted to have her own place with her own front door, hates her new home on sight. Her neighbours, the wives of unemployed men eking out a living of sorts on benefits, have let themselves go in ways she finds depressing and physically upsetting. For Agnes is proud of her beauty. In her youth, she was compared to Elizabeth Taylor, and she has never forgotten the compliment. Even her false teeth have a pleasing whiteness and regularity, like those sported by Hollywood stars. She brushes them with a little bleach every so often to keep the enamel from yellowing. She dresses tastefully and won’t go out until she has put her ‘war paint’ on. Her youngest child Shuggie loves to watch her as she prepares herself to face a world that is blind to the qualities he sees in her. He is radiantly happy when she stops drinking and finds herself a job, earning money that she doesn’t spend on booze.

Agnes attends AA meetings in a respectable part of Glasgow, in the company of a ‘better class of alcoholics’. She falls for a decent man at last, the red-haired Eugene, who treats her as a gentleman should treat a lady. That the relationship eventually collapses is due in part to Eugene’s politeness and solicitude. His quiet insistence and misplaced confidence that she can have a small glass of wine with her dinner ensure what the reader is dreading will happen – as, alas, it does, with harrowing results.

The novel does justice to everything it lights upon, from the long-standing religious conflicts between Catholics and Protestants, to the quick cunning that’s necessary for survival among the dispossessed, to the endless inventiveness of the language of the city’s streets. Chapter 17 alone contains comic writing of a Dickensian darkness. There’s a heartbreaking sequence in which the deaths of Wullie and Lizzie are related.

The near-farcical and the bleakly tragic are matched perfectly throughout. Leek is an enchanting creature, but most of the men here are a sorry lot, in thrall to their genitals. Ultimately, it is Agnes who prevails – a bejewelled, war-painted, maddening Mother Courage, killing herself by degrees. She survives into her fifties, when her queer baby boy is on the verge of manhood, ready at last to realise his unrecognised desires and enjoy the life ahead of him. He had a ‘good year once’ with the mother whose fortitude Douglas Stuart celebrates in his triumphant debut.