The joy of singing in exultation – Charlotte Metcalf 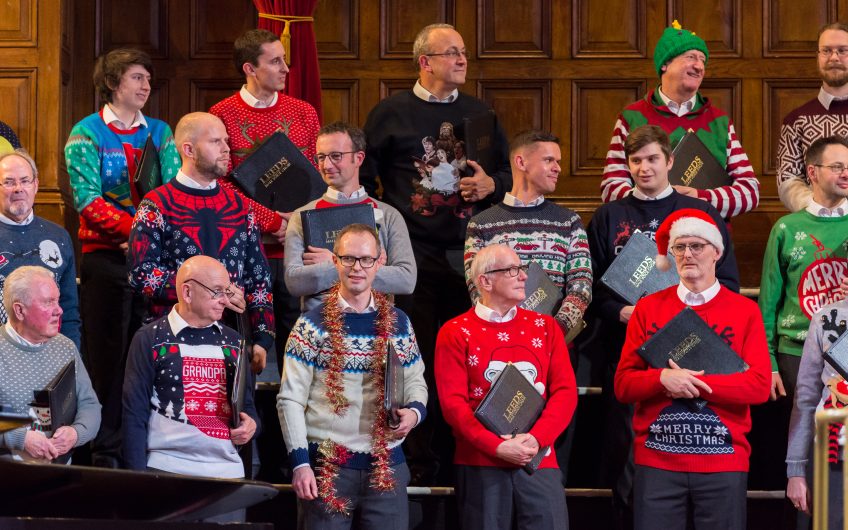 Time and time again we are told singing is good for us. Any chorister will swear that being in a choir keeps you healthy and sane. I raise three objections. First, singing can spread the virus so choirs are anyway banned for now; secondly, I can’t sing; thirdly, I’m a bit of a curmudgeonly oldie who shrinks from organised fun.

Nevertheless, I love a carol service. My local church lays one on every year and the community gathers for a neighbourly singalong, at which my daughter reads a Christmassy poem, followed by a community shindig with food and mulled wine. On Christmas Eve, I gather up whomever is staying for Christmas and make the pilgrimage to St. Paul's Cathedral. Its carol service is a free-for-all so this involves queuing. Teenagers and children are bribed to stand in the cold for hours while grown-ups sit in a nearby restaurant, venturing out every so often to buy hot chocolate and snacks. When the great doors are finally thrown open, we charge in, exhilarated to be at the head of a queue now snaking through the City and comprising thousands. The congregation is so massive and the organ so thunderous that it couldn’t matter less if you can’t sing, it’s just about making enough noise to lift the historic dome even higher for a glorious celebratory hour.

So it felt solitary and strange to be alone in my sitting room last night at 5pm, standing ready to sing in the Self-Isolation Choir’s Christmas at Home Carol Concert. Just shy of 2,000 people round the world joined the You Tube concert live. An hour later I was moved and invigorated and had sung with so little restraint that I considered popping apologetic Christmas cards through my neighbours’ doors, but then decided that London’s Tier Four rules allowed for some forgivable seasonal eccentricity.

I was persuaded to join the Self-Isolation Choir a few weeks ago by its musical director, Ben England, when Ed Vaizey and I talked to him on our podcast Break Out Culture. Ben insisted that being unable to sing was no barrier to entry. I joined up.

When I received my score online, I learnt that while no formal knowledge of music was necessary to take part, this was a programme created by choral singers for choral singers and that it would be ‘helpful’ to have some musical training. Having not sung in a choir since school, I wavered. Such was Ben’s cheerful encouragement, that I decided to stick it out – the advantage of doing this from home was that no-one could see or, more importantly, hear me.

I had time to attend three weekly evening rehearsals along with thousands of others. Ben conducted in a Santa hat, with snowmen and sprigs of holly stuck up on the wall behind him. Such was his enthusiasm, that I began to look forward each week to standing tall, taking a deep breath and getting stuck in. Of course, we practised stalwart favourites like ‘Hark the Herald Angels’ Sing and ‘Oh Come all ye Faithful’, or I’d have stomped off in a fit of oldie pique, mumbling about modern times meddling in tradition. But Ben was more ambitious than that. We learnt to sing a verse of a beautiful – and for me difficult – ‘Lullaby my Jesus’ by Peter Warlock and Andrew Carter and a brand new carol, ‘Still Still the Night’, specially composed for the Self-Isolation Choir, by Patrick and Andrew Hawes. I tried one rehearsal for sopranos but my voice sounded as if it were coming from Caliban’s cave. I tried being an alto but didn’t feel I had the vocal range to start learning new melodies. So I went back to being a regular singalong member.

Last night the concert opened with children from all over the world singing the opening verse of ‘Once in Royal David’s City’. As if that were not enough to set the mood perfectly for a ritual-loving oldie, it got better. Ben was on screen conducting and around him were dozens of people – many oldies – who had sent in their videos of themselves singing. The noise we made was phenomenal. For many of us, it was the first time we’d heard Ben sing a solo (‘The Three Kings’) and our tributes surged into the comments stream. We listened to a beautiful John Rutter carol ‘What Sweeter Music’ sung by the Recordare Chamber Choir and then came the world premiere of ‘Still Still the Night’ that we’d all tried hard to learn. It was exquisite and Ben found time, while conducting, to add to the comments stream saying how proud he was of us all. I lapped up his praise, even though my contribution was of lamentably dismal quality.

I felt part of something, with some very nice people indeed, even though I’ll probably never meet them in person. Afterwards, Mark Strachan, the choir’s founder, emailed us to say he’d been in tears and that the concert was performed, sung, read and executed beautifully. ‘Together we achieved peace, serenity, beauty and all bound together with such wonderful music,’ Mark wrote. Hearing that was a gift amongst the rubble of so many ruined Christmas plans.

Recently Ben England was honoured by HM The Queen with a British Empire Medal for services to choral singing. People have talked of wartime spirit during the pandemic but with all the uncertainty, particularly the recent chaotic chopping and changing, the overall mood has been one of waning resilience, dismay and despair. So how utterly uplifting to join with thousands of others in an hour of unalleviated spiritually uplifting joy, thanks to Ben England.

Now I’ve sung my heart out in isolation, will I dare to sing in others’ hearing? Probably not, but the fact remains that, thanks to the pandemic, I tried something I’d never have otherwise done otherwise and loved it. Silver linings and all that. Happy Christmas.