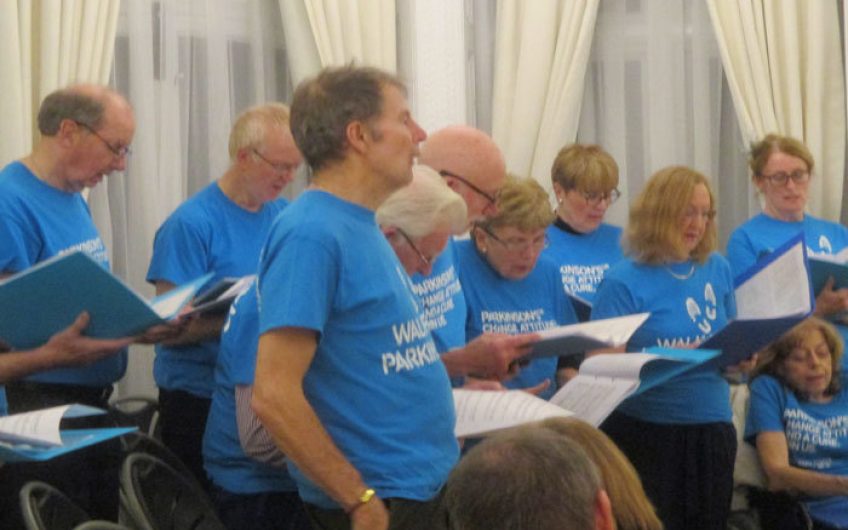 I'll be the first to admit I'm a bit of a Grinch when it comes to Christmas celebrations... but I found myself moved beyond words last night by a seasonal choral concert – performed by singers suffering from Parkinson's disease.

Parkinson's, which affects a growing number of us, can result in weakness in vocal muscles, and make breathing and swallowing difficult. Up to 80 per cent of Parkinson’s sufferers have difficulty in speaking loudly and tend to have a breathy voice.

But singing has been scientifically shown to make a difference, because it strengthens the muscles involved in vocalising, swallowing and breathing. And on top of that, it heightens the mood – it helps patients feel better.

The Active Parkinson's People's Choir, which performed its Christmas concert at Ewell Court House in Surrey this week, draws its members from Epsom, Kingston and Sutton.

Of the 30 singers involved, two-thirds have Parkinson's and their ages range from thirtysomethings to 80-year-olds. They get together every fortnight to rehearse under a professional music director and perform around three times a year.

This time they tackled the far-from-easy For The Beauty of the Earth by John Rutter, Greg Gilpin’s Why We Sing, and Jay Althouse’s !Cantar!, as well as a round-up of more traditional Christmas music. And they sounded fantastic.

The fact that they drew a capacity audience of fellow Parkinson's sufferers, friends and relatives, and filled the hall with positive energy and joy was a credit to them and to the power of music.