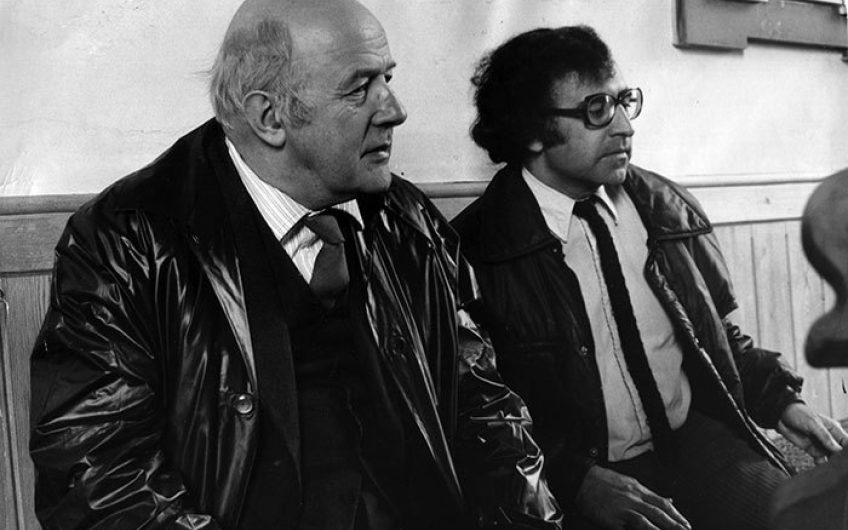 Everyone adored John Betjeman but, as I came to discover, he wasn’t the ‘teddy-bear’ of popular imagination. Metro-land, our 1973 film about the joys of suburbia, had gone down well, and the BBC wanted another. What was it to be about? I had an idea close to Betjeman’s heart – the Church of England. I thought up a title: Failed in Divinity. John had been sent down from Oxford for failing a minor examination in the subject he loved best of all:

Spent on my knees in Cowley, Pusey House,

Revering chasubles and copes and albs!

The older Betjeman, described by Anthony Powell as having ‘a whim of iron’, was not amused, and I couldn’t win him round. But he had no doubt about the subject: the C of E was a good thing, and the essence of Englishness.

We wanted to make it within and about a single diocese. John suggested Southwark, whose Bishop was his close friend Mervyn Stockwood: they went on holiday together, calling themselves The Church of England Rambling Association. I didn’t like the idea of Southwark, a large inner-city diocese with more than its share of social problems, but John was keen that I should meet the Bishop. A dinner was arranged at his palace in Tooting Bec. It was a disastrous evening. The Bishop was high-handed, arrogant and astonishingly rude. I didn’t care for his household of young Arab serving-boys, nor was he prepared to offer much help. Betjeman wrote to say that ‘the old Bishop woke up yesterday morning in a penitent mood and thought he’d gone a bit far.’ Indeed he had.

Where then? Our film editor said that East Anglia had the densest collection of medieval churches in Christendom, unequalled in visual richness. And Norfolk was the home of one of John’s dearest friends, Lady Wilhelmina ‘Billa’ Harrod, to whom he had briefly been engaged.

We set out to research the diocese of Norwich. In the car, driven by my PA, Jane – by whom, as usual, he claimed to be smitten – John read us ghost stories by M R James, often set in remote Norfolk rectories. Towards the climax of one story, a police car stopped Jane for speeding. The Poet Laureate sank lower and lower down the front seat, hoping not to be recognised.

When filming began, John seemed slower than before, and needed more looking after. Billa Harrod lent him a Puffa jacket to keep out the cold, which I forbade him to wear in shot because it made him look fat. Instead we bought a long blue plastic mac from a gents’ outfitters in Swaffham. He called it his ‘Swaffham’ and it trailed after him like a stiff gown, and was sometimes worn with a straw boater.

Elizabeth Jane Howard, then married to Betjeman’s friend Kingsley Amis, turned up to write a piece for the Radio Times. Her manner was on the grand side and she seemed to notice no one but John, which didn’t endear her to the rest of us. She took him off to the local antique shops, and persuaded him to buy a small oil of a windmill. With his usual generosity, Betjeman handed it to me the moment she left.

An unexpected visitor was Betjeman’s wife Penelope, who stayed for several days. Her presence unsettled John, perhaps stirring feelings of guilt and anxiety. The night she left, we dined together. There followed an extraordinary outpouring of grief and regret about the sadness of his relationship with her and the alienation of his son Paul – ‘the Powlie’, as he called him. For once the laughter was stilled, the public act abandoned.

I had to find a way to begin the film. Betjeman told me that as a young boy out sailing with his father he had noticed Belaugh church tower, so beginning a life-long passion for churches, and I asked him to row a dinghy down the Bure while telling the story. During one take he hit the river bank and toppled slowly into the bow, with his feet in the air. He was soaked, and we rushed him to the nearest house – inevitably a rectory. The door was opened by an ancient clergyman, with egg-stains down his front, and John was wrapped in a dressing-gown while his clothes dried.

After filming a wedding in Lyng, we decided to give the happy couple a coffee-maker as a present, together with a wedding ode from the Poet Laureate. John kept putting it off, but eventually scribbled down what must be his shortest poem:

Nigel and Celia, may you be

Fonder of coffee than of tea.

Neither, it turned out, cared much for coffee.

Betjeman’s funny and moving commentary, much of it in verse, was composed with the film already cut. He would sit in front of the editing machine in the cutting-room in Soho, running film sequences backwards and forwards to allow their rhythms to sink in, waiting for inspiration from the ‘Management’ above. He retired regularly to ‘the composition cell’ – a broom cupboard – to help concentration. Page after page was painstakingly filled with indecipherable handwriting, thrown on the floor and re-written. Occasionally he would consult intimate chums like Margie Geddes, nervously checking their responses and beaming with relief when they approved.

Sometimes the film editor, Ted Roberts, overcame a block by supplying pastiche verse in the poet’s own style. For the church fête at South Raynham he suggested:

We must dip into our pockets

For our hearts are full of dread

There's all the more to pay for now

The roof’s been stripped of lead.

Betjeman was delighted – ‘Oh, that’s frightfully good’ – but altered the final lines to:

At the thought of all the damage

Since the roof was stripped of lead.

He became increasingly fearful, combining the usual paranoia about reviews with worries about how his churchy friends, and the Anglican community generally, would respond. ‘It is my religion which is being filmed,’ he wrote, ‘and I will be held responsible for views expressed.’ How, for example, should he treat the potentially controversial scenes at the Romish shrine at Walsingham, with its candles, images and processions? After much agonising, he found a solution in a series of rhetorical questions: ‘I wonder if you’d call it superstitious… Or do you think that forces are around, strong, frightening, loving and just out of reach, but waiting, waiting, somewhere to be asked?’

John could not find the right words for a brief passage linking medieval brasses with modern marriage. Elizabeth Jane Howard observed that ‘he has a proper aversion to being hectored, bullied and made to do things, and somewhere, very deeply hidden, one suspects a streak of that ruthlessness essential for the self-protection of any working artist’ – and so it proved. I kept telling Betjeman that time was running out when suddenly he snapped, shouting in red-faced rage and frustration. It was terrifying and embarrassing, and took days to get over. After which, needless to say, the little phrase was easily found.

A Passion for Churches was shown in December 1974. ‘I need not have worried about the film at all,’ John wrote. ‘You have made it marvellous and deep and rich and sad and funny and local… It will not get good notices. The Church of England never does. But it is the Church of England and it ambles along like the fat old commentator who signs himself, Yours ever, John Betjeman.’