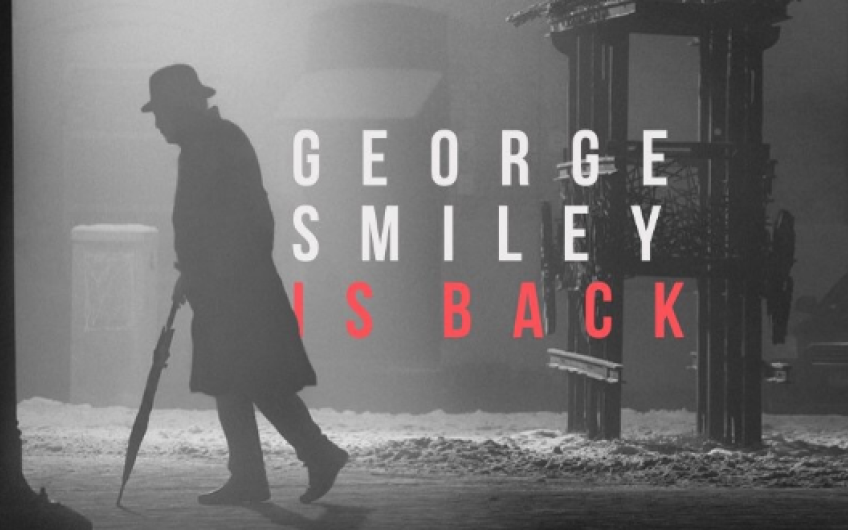 When John le Carré's latest novel, A Legacy of Spies, came out last September – bringing the legendary George Smiley back to 'life' for the first time in over a quarter of a century – some savvy Penguin marketeer devised a map of London as it features in the Smiley corpus. The (Cambridge) Circus HQ; the hotel where he hunkers down in Tinker, Tailor...; Hampstead Heath; his home in Chelsea.

I'd thought that this might make a nice piece, a walk around these places on (ideally) a gloomy day, and asked a former 'foreign service official' if he would care to wander round with me, by way of 'colour'.

But he was between travels, he said, and 'to be honest, J le C is not my cup of tea'.

He added, 'I have read all the Smiley novels, and some of his others, and while admiring and enjoying aspects of them, I dislike his phoney slang: "the Circus", “ lamplighters" etc.'

This was interesting, since, phoney or otherwise, le Carré is routinely credited with having invented a spycraft lexicon so apt that it was adopted by our American ‘cousins' – not least of which, the essential term 'mole', sine qua non.

He went on: 'I also really dislike his tendency towards moral equivalence. It is as though he is trying to exculpate himself for his time in the service, but doing so in a way that amounts to betrayal (and personal enrichment) of its own sort.'

It is a matter of le Carré's own record that he has been on the receiving end of dozens of similar critiques from former colleagues, often face to face and publicly, since he decided that the pen was mightier than the password.

In his memoir The Pigeon Tunnel, le Carré writes, 'Of my work for British intelligence... I wish to add nothing to what is already reported by others, inaccurately, elsewhere. In this I am bound by vestiges of old-fashioned loyalty to my former services...' But his novels certainly suggest he takes a dim moral view of almost everyone involved. My interlocutor (not, in fairness, a stereotypically Smiley character) is hardly the first to express the feeling that le Carré has rather efficiently mined his half-dozen or so years in espionage for an entire career's worth of book material – the first three published while he was still in the service.

For all le Carré's oft-stated antipathy towards the shadow world of his former employers, I'd guess his novels (and all the films thereof, and TV versions) have been a great recruiting tool for MIs 5 and 6. Certainly folk seem not to distinguish much between the author and his characters. To date, he notes his various 'serio-comic' run-ins with security services – not just ours – or people urgently in favour of or inimical to them. Denis Healey once loudly called him a communist spy (albeit in jest). Another, an object of his researches, remains convinced he was ‘chief of the secret service'.

In any case, my invitee has clearly held these views for some time. 'Such is my distaste, in fact, that when he was invited to speak to us – a move I opposed – I went to the gym rather than attend. And it takes a lot to get me to the gym!'

All in all, he concluded, 'I would be a grumpy companion, I fear.'

We agreed to save our rambles for another time.

'A Legacy of Spies' is out now, in paperback