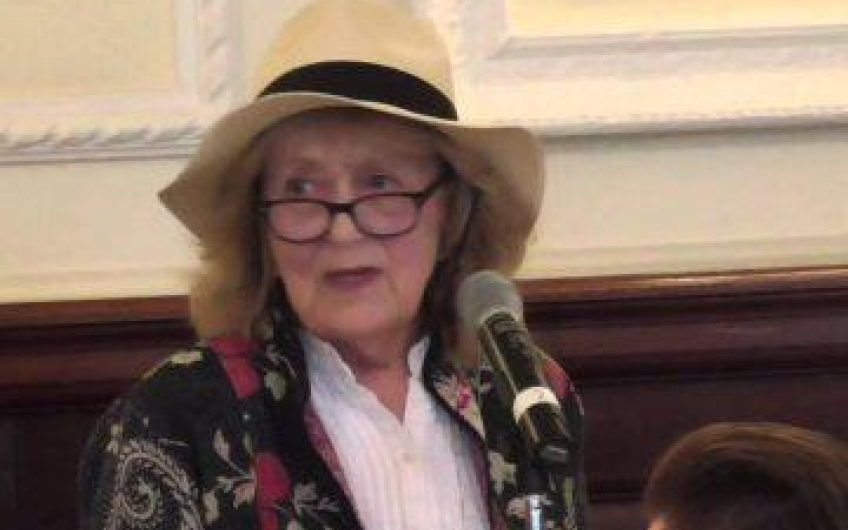 Angela Huth seeks out an old-fashioned wash and set

I can do you a scrunch,’ said the nymphet in the pink nylon overall. She ran limp fingers through her own scrunch — hair that resembled the feeblest kind of scrambled eggs. ‘Scrunching is all we do, like, for drying.’

She was approximately the 11th hairdresser to offer me a scrunch and to smile, with all the superiority of the untalented, at the very idea of doing anything more appropriate to my own curly hair.

‘We don’t straighten, we don’t have no truck with rollers, all that,’ she added. ‘We’re into the natural look.’

There was no point in explaining that the natural look, in my case, is manic Brillo. It’s hair that needs discipline, I felt like confiding, but she wouldn’t have been interested. After all, her scrunching ways are sought after by those whose ideal hair is a long tangled mess that needs flicking back every 45 seconds. Why should she bother about the tricky demands of the over-30s? Oldies like you shouldn’t even bother to go to the hairdresser, I read in her skinny little mind.

Such humiliations were my own fault. When I came to live in Oxford 14 years ago I realised I could no longer travel to Sloane Street once a week to visit Patricia. I tried numerous local hairdressers, only to find that the art of coiffure does not exist outside London. Certainly there’s no establishment in Oxford I could recommend, except to scrunch-lovers. Arrogant, slow, expensive, snooty, they concern themselves with trends rather than skills. I soon gave up in despair. The manic Brillo is now washed in the bath, my sister straightens the back if I’m going to a party and four times a year Patricia cuts it exactly as I want it, and, with a rare delicacy of tact, enters into a conspiracy with Loving Care, Dark Brown, to retain the colour I once was before two decades of blonde streaks.

Ah, Patricia. Our salon days began in 1957. I had just broken away from my mother’s hairdresser in D. H. Evans, who would pin my ‘quiff’ into a kiss curl with two kirby-grips - and was looking for someone with a touch more panache. Patricia, newly at Alan Spiers of Berkeley Square, with her conker-coloured hair and chic little shirtwaisters, her lilting Welsh giggle and constant friendly smile, was just the person I was after. Like some of her other very early clients, including Maggie Smith, I followed her from salon to salon until at last, in 1966, she and her partner Aldo opened the immensely popular and welcoming Cadogan Club, recently moved to Lowndes Street.

Down the years, gazing at each other’s reflections through kind mirrors, Patricia and I are able to believe the illusion that we haven’t changed a jot. We’ve been through so much: the pure blonde, the streaks, the beehive, the Edwardian bun for glamorous nights, the extravagant hairpiece, the rollers, the blow dry, the sadness at the first twinkle of grey. And now the slightly shorter cut. ‘Long swinging grey hair,’ says Patricia, ‘is something I try to guide against.’

Actually, her art is not to try too hard in her guiding, but to comply more or less with what her client wants. So among her old faithfuls the Lady Something who wishes to continue with her raven Sixties beehive is under no pressure to change. Those of the frizzled grey perm are happily accommodated, while the anti-grey league are discreetly dazzled with a vast choice of burnished rinses. Coups de vieilles are treated with such kindness that they swing out of the salon almost waving their walking sticks.

Patricia says: ‘Modem salons are very insecure, arrogant and unwelcoming, full of little Napoleons with absolutely no sense of humour. Most of them aren’t remotely interested in anyone over 25.’ In fact, some 25 per cent of her clients are under 25, another 25 per cent are real oldies. Of these, the very distinguished writer Frances Partridge is the most senior at the age of 92.

But the Cadogan Club is far from a geriatric parlour. The majority of clients are middle-aged oldies, including actresses, editors, politicians, visitors such as Jackie Onassis and Lee Radziwill. And these days there are even men, who no longer slink downstairs. Sir Nicholas Henderson, Michael Heseltine, Robert Kee and John Wells are all regulars. Some of them have minor flings elsewhere, only to return.

Recently, tempted by a much publicised trendy hairdresser, I myself sneaked off to a terrifying salon where androgynous clients and cutters were indistinguishable. When finally the Hair God deigned to pick over my hair, he did so with all the distaste of a chimp scouring the head of an enemy. I explained what I wanted. He had a better idea, he said, and gave me his Duchess of the Week Cut, which cost £72, and which took six months to grow out. Oldies can’t take too much of that sort of thing. It sets them back.

Patricia heard, of course, and welcomed my return. I shan’t be leaving her again. I mean, there are not many hair places where young and old can mix so easily together. Or where the willing patronne, in her supreme versatility, is as adept at scrunching (yes, she’ll even do that, with a gritted smile, if asked) as she is at making her aging friends feel that there is still glamorous life in what remains of their crepuscular hair.