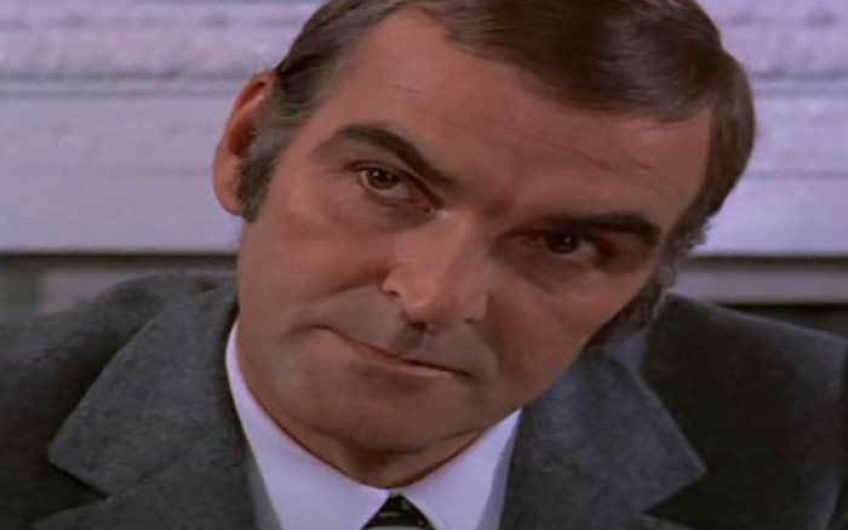 I often wonder whether Sir Stanley Baker, who died on 28 June 1976, aged 48, wasn’t a better actor than Richard Burton.

They were the same age, from identical backgrounds – the coal-mining valleys of South Wales. They were rescued by enlightened schoolmasters, who perceived their talents and packed them off for careers on the London stage. “To get the good things, you had to get out of Wales,” Baker explained later.

Yet where Burton remains famous for his marriage to Elizabeth Taylor, and the decadence of his lifestyle – yachts, private jets, jewels – Baker, unfairly, is perhaps a more forgotten figure today, remembered chiefly for Zulu (which he also produced, in 1964) and his roles for Joseph Losey.

Where Burton was declamatory – all that Old Vic enunciation – Baker, who also possessed a dark voice, had genuine physical presence. He’d fling himself about in action scenes. There was real force behind his punches and karate chops, the crunch of an elbow in the neck or kidneys. He also had a lanky grace – Baker looked good in those Sixties/early Seventies suits and shirts, the yellow or orange ties.

He had a pinched face, with high cheekbones – not beautiful ( like Burton ), but his slightly slanted brown eyes (a common facial aspect in South Wales) could be vulpine and handsome, or rodenty, sneaky. Baker often sported a bushy black moustache, which gave his face body, symmetry. He never smiled much. In his last years he did look pasty (terminal lung cancer). But there was never any stiffness about him – he had nobility, strength.

And weariness. It was as if he was worn down by never being able to trust anyone; hence all the criminals, policemen, intelligence officers he played, who were crossed and double-crossed. He was always activated by a fear of treachery – off-screen as well as on. “He didn’t like people very much,” said Burton in an obituary tribute, “and he hated to lose at anything and rarely did.”

Like Burton, Baker had an instinctive grasp of men who don’t belong to anybody – who are concerned (as soldiers, spies, and so forth) about whether they’ll be considered by their superiors as expendable – at Rorke’s Drift (Baker), in the Cold War (Burton). Their characters were men under pressure who had discerned that the rules by which we are meant to live are valueless. Hence, why Baker could suggest crime was virtue – his villains had their own convincing rectitude.

They were lonely characters, too – complete solitaries, a heartiness only intermittent. Yet where Burton liked to ascend to a poetic plane, where he can look down on human beings and feel pity for them, there was nothing about Baker to suggest chapel oratory. Baker was the engineer, Lieutenant John Chard VC; he’s the great train robber, following a detailed plan, marshalling the troops, in Robbery (1967); and he was an old lag, busy with his schemes, in The Criminal (1960). He was the bespectacled office worker in Perfect Friday (1970), devising a perfect heist, his eye on the clock – and in real life Baker was a tycoon with an eye on the balance sheet.

Baker dealt with practicalities, logistics. (He was a founding director and major shareholder in Harlech Television.) As an actor, he remained real and efficiently natural. He was also deeply masculine. As the Oxford don in Accident (1967), with the Pinter script, he is almost too masculine. The epicene Sir Dirk was more convincingly academic.

Stanley Baker always had power, menace, and could be undone in a trice by a woman, as in Eve (1962) with Jeanne Moreau. “Bloody Welshman!” she calls him, at the end. The sentiment was echoed by Burton. “Unless you are Welsh, you couldn’t possibly understand him,” he said of Baker when he died. This remains true.

Noises Off - forty years on. What a play - says Lindsay Johns