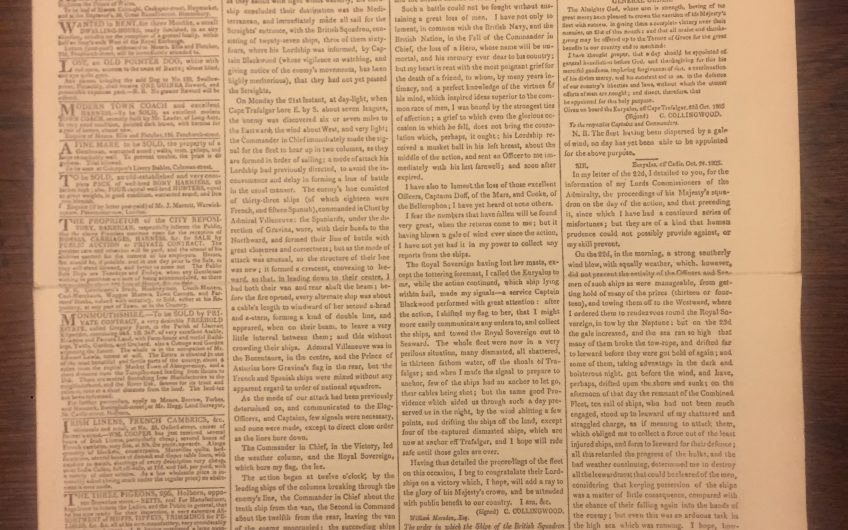 The Times breaks the news of the Trafalgar victory Credit: The Times
View Full Size
1
of 1

Today is Trafalgar Day – the anniversary of Nelson's great victory. The front page of the Times, announcing the triumph, shows how much papers have changed, says Harry Mount

I saw this front page of the Times, announcing Nelson's victory at Trafalgar, at the launch party of Christopher McKane's biography of John Walter II, an instrumental figure in the early days of the Thunderer.

The article is terrific - with a wonderful, first-hand account of the battle by Admiral Collingwood, Nelson's righthand man in the battle. Still, the tragic details of Nelson's death are buried halfway down the article. As you can see, there's barely a headline and there are no pictures.

Whatever you think about modern papers, they've got a lot better at delivering the news in a huge front-page splash!

30 OLDIE CLASSICS FOR OUR 30TH BIRTHDAY (16/30) The Guillemot, diving master of the sea – John McEwen