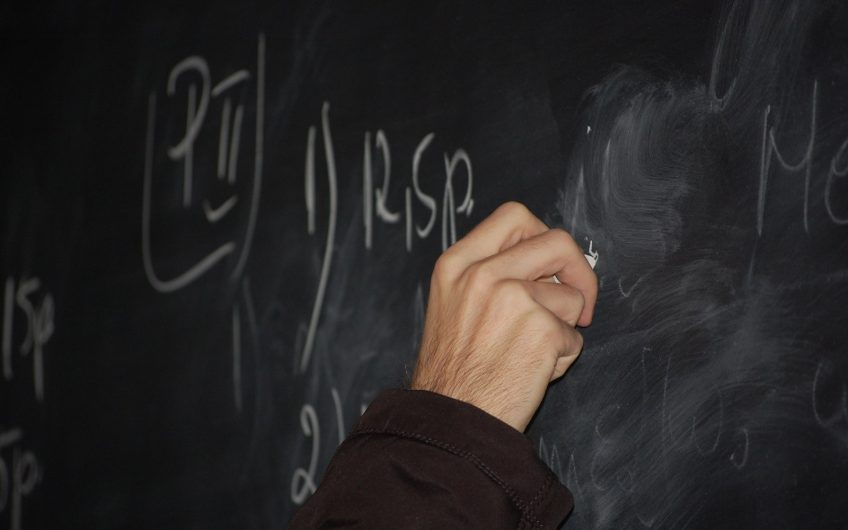 It’s not new any more. Eight weeks feels like eight years. It has only taken a global lockdown for the abnormal to become the new normal.

Tons of people have been doing it for years, hunched over computers in their bedrooms, button-down shirt on the top half of their bodies and pyjamas invisible under the table, as they impart the finer points of the subjunctive to students many thousands of miles away.

However, this new reality has lassooed certain language teachers into a place that they had quite deliberately chosen not to go: the Wild World Web of online learning.

And their adult students, too.

I teach (very) elementary English as a Second Language in an adult education college in North Kensington, London. The teachers and students are not dissimilar: a wide variety of economic, social and national characteristics bind and divide us. But what unites us is our physical presence, day after day, in a big, bright classroom with posters on the wall, whiteboards (interactive and not), maps, flip charts and, joy of joys, actual living and breathing (masked or not masked) human beings.

We were in it together. When S walked into the room, I could read her: what the weekend had been like; how prepared she was to learn, given all the other things going on in her life. I knew how to coax, cajole, comfort or care for her. The same with the proud hard-working Spanish man in a room full of women, who didn’t want his vulnerabilities or his masculinity questioned in any tense or language or semantic construction.

Then there were the bright-eyed young au pairs, like fledglings fallen out of their parents’ nest and into another family where they were the ‘servant to the child’ and no longer the ‘child’. Often feeling educationally and linguistically superior (speaking Romance languages with the same alphabet is an inestimable advantage), they too had to be woven into the web: eased out of their preconceptions, encouraged to speak the language they had studied exhaustively at school but never uttered; to meet and talk to perhaps the first headscarfed Muslim woman they had ever met (or seen, in the case of French au pairs).

I could sense the effect of a news story from Sudan, a bomb in Paris, a ceasefire in Syria. I soon heard, in a quiet moment during a break, about changes in living conditions – a sudden move from one part of London to the other because of a decision by the housing department; an eviction; an unravelling marriage; flashbacks to repressed trauma; a full spectrum of illnesses; faint hints of a pregnancy; gossip and gore. I watched as the women tried to persuade the ‘Brazilian bachelor’ to marry their sister, friend or cousin, choosing, as did he, not to notice that maybe that was not his predilection.

Or the things I didn’t hear but saw – the deaf students chattering away amongst themselves in a series of hand gestures; the tears, always the tears; the ones who disappeared; the phone being played with; the gaze out of the window and – often – the look of total incomprehension.

All of that informed my teaching, my method of sharing knowledge, my way of making the learning of language as an adult slightly less difficult for already beleaguered people seeking shelter in London.

But suddenly all that was ripped away and we were left with a blank screen.

No idea how to connect to our resources remotely from our dusty old home machines; or what Zoom was; or Google Classroom or Hangout, or Breakout rooms.

No paper. Not a single sheet passing between us. No aide memoires for students to take home. No ‘evidence’ of anything. No printer – certainly no printer ink – no handouts, worksheets, no realia to touch and feel; no physical evidence of anything.

No help. No road map. No Joe Wickes.

For a teacher, that meant a mountain to climb in terms of devising new, creative, interactive materials that could be used on a phone in record time and during a pandemic, when, frankly, a few other things seemed of more importance.

But it is the students I am concerned about. The ones who have been left behind; sunk without trace; lost at the gates of the World Wild Web.

In a word, women.

Already marginalised in myriad ways, and now digitally too.

At first, I didn’t notice the missing because none of us could keep up with the sensory and aural overload: the clash of cultures and voices and apps and sounds.

The ones who were digital natives were of least concern. As long as they were armed with a Smartphone, a laptop or a desktop computer, I knew I could offer something that would be, in the memorable phrase of a transgender Thai student after my first stumbling online lesson ‘better than nothing’.

But not the single mother in a hostel: with a toddler and no time or space now that the college crèche was no longer available. Nor the woman in a refuge who had to change her mobile number every week to stop her husband tracing her. Or the Syrian mother of five children under the age of 8, in a three-bedroomed flat. Or the trafficked woman who was the bravest student I had ever had – just walking into the classroom was an act of courage that I silently applauded every time. Or the deaf Iranian, without an interpreter and without the body language that she used to such excellent effect in the pre-Covid era.

I have kept a very vibrant class going – and thriving – even in the middle of Ramadan. But I have lost the most vulnerable: the ones who were only just able to get to college at all. Now depression, isolation, technology and fear have shown that this pandemic is indeed gendered, political, social, economic.

Learning English at all was often a battle between husband (‘your job is the children’) and wife; competing needs (appointments with the Home Office, housing, social security, the NHS, the Job Centre). I often felt it was a miracle anyone had time to come at all.

Now time and space is both more and less. For many of us in our middle-class bubbles, there seems to be more of both.

But for an Afghan woman in a tower block with four children, one with cystic fibrosis, and a husband suddenly jobless and emasculated, the idea of taking time out to join me, on her phone, in an online English lesson, during Ramadan, is absurd.

But she does. And I salute her every single day.