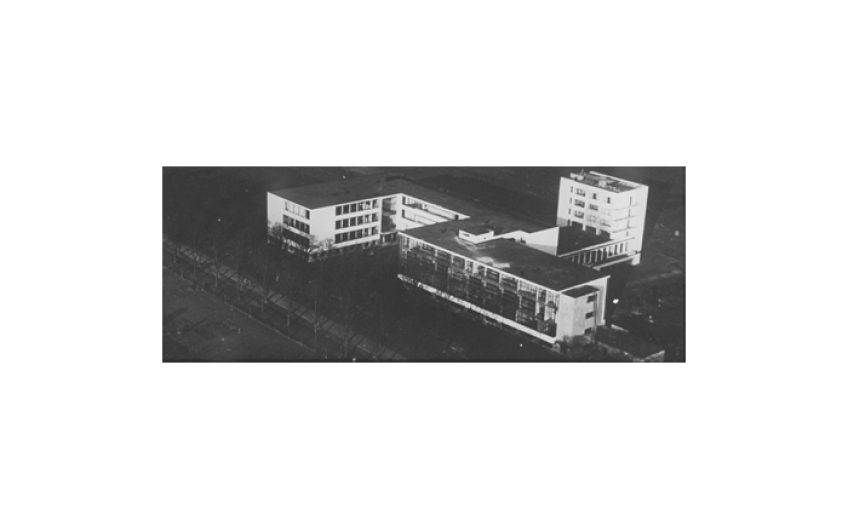 Gauguin and Van Gogh have a lot to answer for. Neither ever went to a proper art school. Their posthumous fame therefore encouraged the belief that true genius flourishes most spectacularly when least interfered with and that artists can more easily make their own rules and break new ground if unencumbered by prescription during their formative years.

Gauguin and Van Gogh did much to create the modernist myth that great art necessarily makes nonsense of existing standards and that every work of art worth the name must disregard established conventions and values. The myth persuaded the Italian futurist, F. T. Marinetti, to advocate the destruction of museums. He might have urged the bombing of art schools as well.

The modernist myth has been tenacious. And because it was long ago taken as dogma by art academies, schools and colleges throughout the Western world, it seems illogical that so many of them believe themselves to be necessary and continue to exist. If true to their convictions they would have long since closed their doors, sent their students packing and dismissed their staff in a hail of P45s. But all they did was abandon the time-honoured, conventional curriculum and try to teach what they must have known to be unteachable.

Most, if not all of the traditional teaching methods that had been employed by the academies in largely unchanged form since the Renaissance went out of the window. The plaster casts of Greek and Roman sculptures which students had to draw painstakingly in monochrome before progressing on to even more challenging exercises were sold, smashed or consigned to the basement. Drawing and painting from life were declared optional or banned altogether. Classes in perspective and anatomy were suspended, the gaps eventually filled by courses in ‘visual research’ or ‘three- dimensional studies’.

The purpose of teaching was no longer the acquisition of fundamental skills but rather the encouragement and fostering of natural in-bom talent, a plant so sensitive that the weight of rules or recipes would, it was thought, snap it off at the root. Reliable standards of quality — good, bad and indifferent — consequently suffered the same fate as the plaster casts and anatomy lessons. They were supplanted by concepts of individuality and originality. Sincerity became more vital than comprehensibility, the ‘what’ more crucial than the ‘how’. Teachers did their best to transform themselves into psychotherapists.

But can students ignorant of traditional standards and conventions leam to disregard and subvert them? How, if you don’t know the rules, can you be sure of breaking them? Most art school teachers have no answer to this question and few, if any, words to express value judgments. From the moment they enrol, students are encouraged to think of themselves as working, creative artists with something worthwhile to say and an original contribution to make. Many of them are so convinced of this that they think it prudent to avoid all art older than a month or two lest it debauch the purity of their vision. A glimpse of a Renaissance masterpiece might result in the loss of their artistic virginity. Did not the thrice-blessed Beuys assure us that we are all artists?

It is ironic that even at the moment when academic training was pronounced dead and interred without mourning, the art schools were actively seeking the kind of respectability that only academic recognition can confer. They eventually acquired it in the form of trappings borrowed from universities.

Where students were once awarded a modest diploma when they qualified, they now graduate with a classed honours degree. To the BA was quickly added the MA and, since paintings and sculptures are now seemingly thought capable of making genuine contributions to knowledge, the PhD. Similarly, art school tutors can now aspire, at least in some of the most self-confident institutions, to readerships and professorships.

To judge from its convocation, the most self-confident British institution of all is the Royal College of Art where I, I willingly confess, used once to teach. There is something deeply comic about the RCA’s annual ceremony, held at the Royal Albert Hall in the presence of the Provost, Vice- Provost, Rector and Pro-Rector, all of them in glittering robes designed by the fashion department. There, after a fanfare from the trumpeters of the Household Cavalry, and a series of eulogies from the photogenic Public Orator, honorary doctorates are conferred on a group of bemused potters, photographers and filmmakers. Scrolls are handed out to people in gowns and hoods delivered earlier in the day by a theatrical costumier.

But perhaps the academic flummery is more appropriate than it seems. For if modem art was bom of an impatience with the prescriptions and certainties of an ossified academic tradition, it has long since hardened into academicism itself.

Freedom from rules has itself become a rule, the rejection of established criteria itself a criterion. The by no means disreputable urge to be genuinely different yielded long ago to the seductions of whatever seemed new and ‘relevant’ at the time.

Particular styles and attitudes, none of them long-lasting, each of them associated with particular teachers and particular schools, continue regularly to emerge and attract their acolytes. The flavour this year is marketed by Goldsmith’s College. Next year, who knows? But the claims made for the product will be as hyperbolical and influential (but less convincing) as any of those which used to be made by the good old-fashioned academy.

Art schools need all the friends they can get, and if you’ve stayed with me this far you may be surprised to hear that I am one of them. Not all of the above applies to all the art schools in this country, and it in any case applies not to everything they do but only to their fine art departments, to the way they teach painting and sculpture. In other, less glamorous and less well-publicised areas such as illustration, graphic design and the crafts, many of them are doing an excellent job, not least because the basic skills any practitioner requires are as obvious as they are measurable.

An understanding of the importance of such basic skills explains why the architect Walter Gropius made the education of craftsmen his primary aim when he founded the Bauhaus 83 years ago in the German town of Weimar. He believed that the crafts, unlike the fine arts, can be taught and craft skills used to earn a living. And everyone, especially in times of economic chaos (like 1919 in Germany), needs to be able to support himself.

Gropius also rejected the view that there is an essential difference between artist and artisan, between a painter or sculptor and a cabinet maker. The idea that the former was a specially gifted individual privy to a variety of insights denied to the rest of us while the latter merely a craftsman was, Gropius believed, a fiction put about by artists in order to enhance their status and increase their fees. A painter, Gropius insisted, was no better and no worse than any other kind of craftsman and he required similar skills.

In spite of its hunger for novelty and innovation and the metaphysical mumbo- jumbo it encouraged, the Bauhaus became a famously successful school. It produced a succession of gifted and genuinely versatile students who were as able to take a photograph as they were to design a reading lamp, lay out a page of text with illustrations, conceive a building or, indeed, to paint and sculpt. The most startling thing about the Bauhaus, however, was that, Gropius’s sceptical attitude to the claims of fine artists notwithstanding, the teaching staff was dominated by them.

This was because the fine artists Gropius appointed, Klee and Kandinsky among them, were capable of defining the elements fundamental to all forms of visual creativity, and thus of teaching basic courses in a way that was pertinent to every kind of student, whether a weaver, potter or printmaker. Although not taught at the Bauhaus as such, fine art therefore provided a source of energy and ideas on which everyone could draw.

The fine art department should be the engine room of every art school, and if it is not high-powered the school can only drift until it sinks. But in Britain (and not only here) the painters and sculptors have been stoking the fires not with fuel but nutty slack. The waterlogged wrecks can be viewed at every annual degree show.

I am not advocating a full-scale return to academic teaching. What is required is a renewed faith in basic artistic standards and skills which will give confidence to the majority of less gifted students and something to question and react against to the small number of outstanding talents. As they are now, painting and sculpture departments are too often directionless, inspiring in their students little more than despair and disenchantment, a belief that their only future is in teaching or on the dole. A young painter at the Royal College was once asked his opinion of the course in business studies he had recently completed. ‘It wasn’trelevant,’ he replied; ‘no one explained to me how to sign on.'