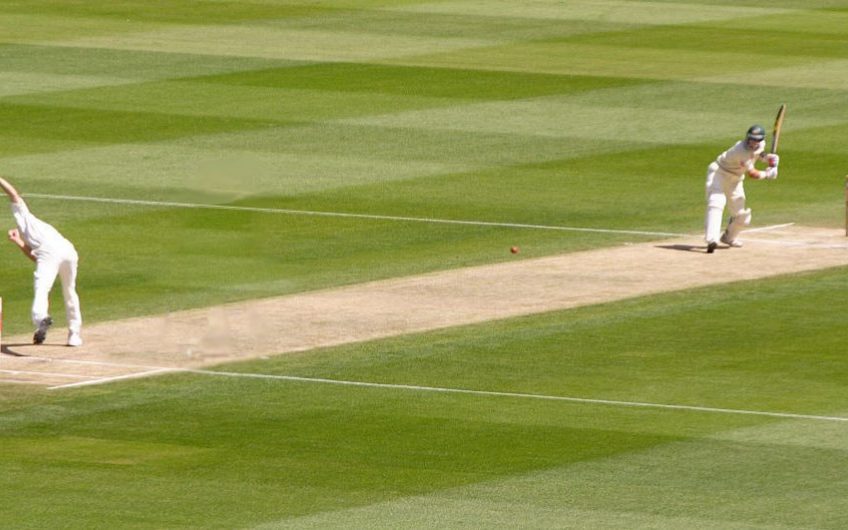 The cricketing legend Ted Dexter has died at 86. Louise Flind interviewed him for the Oldie this summer

What is your favourite cricket ground in England and the world?

Old Trafford was the place I enjoyed batting most because it was the only test ground in England that had sight screens at both ends. And Melbourne: you felt, if you’d made some runs there, you’d conquered Australia. When I captained there in ’62, there were four draws and we beat them in Melbourne.

Was that your favourite innings?

Yes. I was not out overnight and walked out in the morning with David Sheppard, the Bishop. He was the wise one and said, ‘Ted, fifth day pitch – I don’t think it’s a day for big shots – let’s just take ones and twos.’ We drove the Australians mad.

What are your memories of playing for Sussex?

I was just married and I could walk to Victoria from our Pimlico flat, and take the 9am Brighton Belle. I played as an amateur but got expenses – so I had a first-class ticket. I was in Hove by 10, and the game started at 11.30. I went on to captain Sussex.

What is your favourite bit of Sussex?

Why were you born in Milan?

My Dad had his business in Italy.

It was wartime, you see – the nearest I got to a holiday was bicycling once a week to the nearest cinema.

What was Peter Cook like at Radley? Do you remember him?

The comedian chap? Absolutely not.

What are your memories of National Service in the Malayan Emergency?

I remembered it was my 19th birthday at 5 o’clock in the morning, with the sun coming up in Rangoon, and there I was –a second lieutenant, given charge of a troop of men in the middle of the jungle.

What is your favourite memory of Cambridge?

The drinking clubs where you were drinking till you fell down – disgraceful behaviour.

South of France – we lived in a lovely apartment in Nice for 13 years. Because I’d done 70 years as Ted Dexter the cricketer in England, I thought we’d retreat. On the second day, I went to church and somebody tapped me on the shoulder and said, ‘You’re Ted Dexter, aren’t you?’

When you were in the South of France, did you ever bump into Richie Benaud?

Yes, I knew Richie. He captained against me in Australia in ’62/’63 and we’ve been good friends ever since and he had an apartment in Beaulieu. We used to have lunch with them. I’ve never poured so much vin rosé down anybody’s throat as I did with Richie.

I was passing a shop and asked, ‘How do I learn to ride one of these things?’ And they said, ‘You just get on it,’ and I was hooked.

And why did you start flying?

After my cricket career, I had some newspaper work and was whizzing round the country in a hot little Mini Cooper. I had two accidents and decided to learn how to fly. I flew my family to Australia and back.

We got married on May 2nd 1959, spent our wedding night in Rye and went to Paris for a week.

With the children we did – in Falmouth. And later I took the whole family down to the Grand Hotel, Torquay – I’d got some money by then. We celebrated our 60th wedding anniversary in Barbados.

Have you made friends when you’ve been away?

Richie. And Gary Sobers – I respected him so much as a cricketer because he came from virtually a slum background. He was also a perfect sportsman.

I left Italy when I was 4 ½ but picked up Italian later on. I also speak French, a bit of German and Spanish.

Losing your passport. It slid out of my pocket in a rented car in Nice. Likewise Susan, when we were moving back to England. We waved the removal vans goodbye about 6pm and, at about 7.30, Susan realised her passport had gone with the luggage.

The tour of India in ’62/3. They did everything they could to make us comfortable but some places were pretty rough.

What is your approach to life?

Treat everybody the way you’d like to be treated.