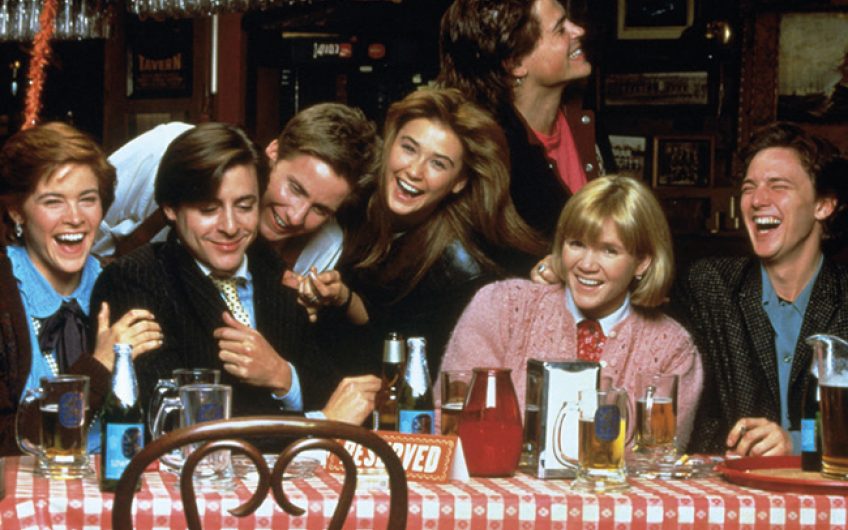 The majority of adults believe they become better people as they grow older. So said the Harvard psychologist Daniel Schacter, in his excellent study The Seven Sins of Memory (2001).

But that process, he adds, requires us to mark down our younger selves. Or – worse – to rewrite who we were in order to fit with who we have become.

In one scientific study in 1960s America, teenagers were asked, ‘Is religion helpful to you?’ Some 70 per cent replied ‘yes’. Thirty years later, the same teenagers were asked the same question but put in the past: was religion helpful to you at the age of 15? Only 25 per cent said ‘yes’. Those who had become atheists could not believe their youthful credulity.

It’s easy to compare ourselves with faded snaps taken when we were six. It’s harder to look at adolescent snaps, red-eyed from Prontaprint. What! That jacket, that haircut, that music… But we distance ourselves also because we are afraid of what we were. We do not know how to negotiate with our opinions when we were 16. Or with the idealism.

I thought about this recently on the train to Cornwall, when three teenagers jumped up at that moment after Exmouth when Brunel’s line flashes between sea and cliff. It’s a homecoming ritual: they compete to gob the furthest out of the window.

‘Gross,’ I muttered. But it was harder to react to what came next. One of them said, ‘I can make a difference to another person’s life. That’s all I want to do.’

How often, as adults, do we say things with such directness?

That was the question put in Inglorious Wordsworths: A Study of Some Transcendental Experiences in Childhood and Adolescence by Michael Paffard (1973). The title came from John Ruskin’s line: ‘I much doubt there being many inglorious Miltons in our country churchyards; but I am very sure of there being many Wordsworths resting there.’

Remembering his own moments of ecstasy as a teenager – cycling to rub brasses or collect flowers, and listening alone to records – Paffard, an English teacher, wondered if Ruskin was right.

And were these poetic moments universal in youth, but rarer and rarer as we rub along with the world?

He handed out a questionnaire to 455 young people – undergraduates at the University of Keele, and sixth-formers. The questionnaire was in a plain brown envelope. For all the young people knew, the survey could have been about the bomb, Elvis or cereal. But inside there was a passage from W H Hudson’s Far Away and Long Ago, where he confessed to a quasi-spiritual relationship with the trees at his parents’ ranch in Argentina: ‘The sight of a magnificent sunset was sometimes more than I could endure.’

Have you, asked Paffard’s questionnaire, ever felt such moments of elation? Slightly more than half said ‘yes’. They were asked to turn the page and, under condition of anonymity, write what they felt.

‘I have had this experience several times,’ wrote Robert, who lived on a housing estate. ‘For some moments, a spring bulb in flower seemed the magnificent centre of the whole world.’

Jane sang in the church choir: ‘If a wild wind is blowing on a moonlit night, the desire to be wild and tear the grips out of my hair and really “let it down” is quite intense, plus a longing to float or fly in the air.’

When the clouds broke up a sunset on a mountaintop in Switzerland, John thought ‘that there will be no more beauty, no more truth, no more love in the world’. On holiday in Northumbria, Rachel walked nine miles after dinner. At midnight, she telephoned from a stranger’s house to tell her furious parents that she’d counted 15 shooting stars. Mark, a Communist, was embarrassed that, in a world of ‘capitalists exploiting, and machines getting the other hand’, he was at peace on rugged moorland.

In Paffard’s analysis of the responses, science undergraduates were as susceptible as historians, and Rachmaninov rivalled Elvis as a source of elation. The biggest discovery was that ancient nature was more potent than scenes of modern industry, and music more potent than art or books. Beyond that, Paffard confessed, he was as puzzled as before.

Paffard wrote only one more book: an official history of the University of Keele. And, for Inglorious Wordsworths, the young people were asked for their first names only. Now, nearly 50 years on, I wonder how many are still alive.

What happened to the socialist who started on seeing wild flowers on the moor, or to the chorister who wished to fly? And if I found John or Jane, would either of them admit to such extremes of teenage emotion? After all, what is the use of such elations now?

No one knows in which attic or filing cabinet Paffard put the 455 envelopes. If they survive, that cache of secret raptures is as precious as a cargo of oils and spices discovered intact in the amphorae of a Phoenician galley sunk at sea long ago.

And that treasure would help us to understand that question: do we get better as we get older – or worse?