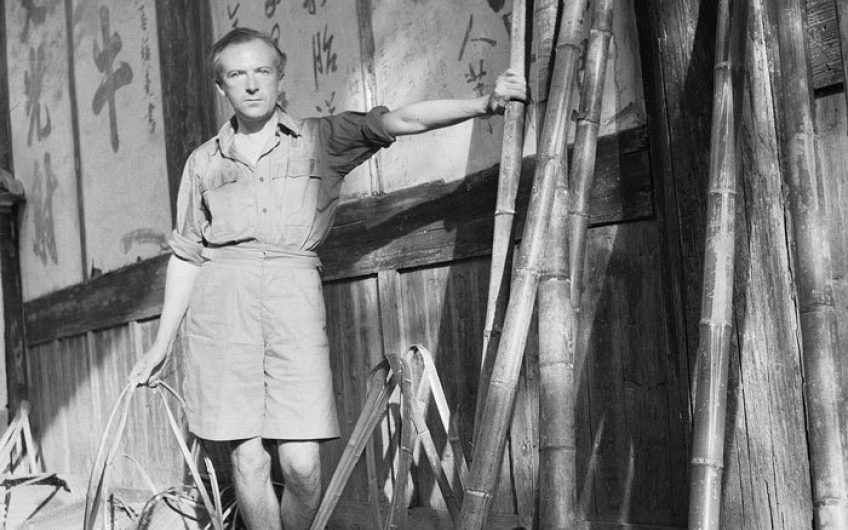 A new Cecil Beaton show begins on May 17th at Blenheim Palace. Hugo Vickers explains how Beaton's My Fair Lady and Gigi changed his life

I would never have met Cecil Beaton but for fortuitous timing.

My biography of Gladys Deacon, Duchess of Marlborough, was published in September 1979 and read to him that autumn. In December, John Curtis at Weidenfeld told me that Cecil was looking for a biographer, and suggested I ring his secretary, Eileen Hose. She said I could come either before or after Christmas. Luckily, I suggested sooner rather than later, and paid a visit to him in his home at Broad Chalke, Wiltshire, on Thursday 13th December.

He was in the library, casually dressed, with a silk scarf round his neck. We had an animated conversation, and lunch in his monastic dining room. Off I went. Good news emerged gradually – on the Sunday evening, at one of his dinners, Lord Weidenfeld declared it was ‘in the bag’, and Lady Avon, Anthony Eden’s widow, said, ‘I hear you’re doing Sissel; I’m so pleased.’ The next day it was officially confirmed.

Christmas intervened and then, at the beginning of January, I rang Eileen again. She told me that Cecil had his 76th birthday on 14th January – so I made a date to come the following day: ‘A bleak January day … conversation flowed from the start,’ I wrote in my diary.

After lunch, Cecil and Eileen took me over to the studio to show me some of the material I would be working with. He gave me several books, which he inscribed to me. While there, Eileen read him a sad letter from Sir Sacheverell Sitwell, claiming he was as well as could be expected in those grim days and hoped Cecil was too. Numerous dates were put into the diary for future visits. All was set.

It was therefore a great shock to be told on Friday 18th January – 40 years ago this month – that Cecil had died. No time to talk; no time to get to know him in person. On my last visit, he said, ‘I hate you seeing the garden like this,’ and I said, ‘Spring will come.’ It did: Broad Chalke burst into a mass of cherry blossom – but he was not there to enjoy it.

It took me five years to write his biography (first published in 1985, and out again this March). And then, in 1987, I succeeded Eileen as his literary executor and so the journey has continued. I got to know him posthumously. When I met him, he had been diminished by a serious stroke. He had lost the use of his right arm, his elegance and his ability to remember names, finding them by a process of elimination: ‘How is that friend of yours whose daughter has an important job?’ he asked Michael Duff. He was referring to the Queen Mother.

He had been ambitious when he was young, garnering self-publicity when designing productions at Cambridge by sending photographs of himself to newspapers under an assumed name, as if he were an agent, when he was in fact introducing himself: ‘This is Cecil Beaton. He is currently designing the sets for Pirandello’s Henry IV.’ He denied his involvement, but it worked.

He was one of the first people to realise how important it was to promote. When I met the actress Ruth Ford in the Dakota building in New York, she said, pseudo-shyly, ‘Cecil once described me as one of the ten most beautiful women in the world.’ Of course he did. He issued those lists regularly in the 1930s – a great way to make friends.

The aesthete Stephen Tennant said of him that birthday morning joy was very strong in him. I take it further. Every day was a matinée; every evening a first night – the red velvet curtains opening to reveal a new scene, champagne waiting in the wings for later. He lifted people out of their humdrum existences and showed them a world of intense glamour, be it through his photographs, his theatrical and film sets or his costumes.

He wanted his sitters to look their best. Being a great lover of theatre, he placed them in appropriate surroundings – the Queen under the great Delhi Durbar canopy in Buckingham Palace in 1955, a young monarch, feminine in a white dress, unfazed by the splendour.

As for his costumes, who can ever forget when the lights went up on the frieze of black- and white-dressed Ascot ladies in My Fair Lady? Alan Jay Lerner said, ‘He could make costumes that were both elegant and funny at the same time’ – no mean achievement.

Cecil loved dressing Audrey Hepburn for My Fair Lady. The studio loaned her to him for 48 hours. He photographed her in lots of extras’ outfits for a Vogue shoot of the Ascot scene. After that, none of the extras was good enough for him. He wanted them all to look thin, wan and elegant like Audrey. As these suntanned, healthy, Californian girls paraded before him, he tried to reject them.

Audrey said of him to me, ‘If somebody loves you very much, then they make you feel beautiful and he did it with his tenderness, but also with his art. Between the clothes and the photographs I looked smashing!’

I love the opulence of the films, though I agree with Lerner that Gigi worked better than My Fair Lady. Cecil was steeped in Edwardian Britain during his impressionable youth. The Belle Époque was but a knight’s move away. My Fair Lady was filmed entirely in Hollywood and not on location (so not in the real Covent Garden – to Cecil’s rage). With Gigi, as Lerner said, ‘A little bit of Paris crept under the studio door.’ Cecil loved the Versailles scenes at the Galerie des Glaces, restored for the film, and at Maxim’s. Having controlled what the extras wore, he was amusingly irritated next time he dined there as a customer, longing to move a necklace from one diner to another – as he had in the film.

Cecil could be hilariously funny – and waspish. He was not afraid to criticise. A favourite expression for people’s clothes or their décor was ‘retina irritant’.

He knew how to disconcert. Kenneth Tynan said that if he came to your party, he would arrive languorously, implying he had just left a better party upstairs. He made it seem an honour or a triumph if you entertained him. He had famous feuds when people changed his work, or he did not get his way. David Bailey once asked him why he didn’t make films. ‘I can’t afford more enemies,’ he replied.

Underneath all this was a strong drive, a lifelong love for the theatre and a certain insecurity. And generosity. Unlike some people, he did not pull the ladder up behind him. There used to be a notice in French lifts: ‘Il faut renvoyer l’ascenseur.’ You send the lift down for the next person. He did that. Lots of young people profited from his kindness.

Being photographed by Cecil Beaton was one of the milestones of success. He promoted talented people such as Truman Capote, Lucian Freud and Francis Bacon. Keith Richards didn’t need to be photographed by a Moroccan swimming pool but it did him no harm. A ladder, not a snake in the game of life.

When he chose me as his biographer, it was the first time I wondered if I wasn’t going to be a failure in life. As his literary executor, I’ve enjoyed the onward journey. Museum directors are nervous about showing him, fearing he’s too elitist. When they do, they have great fun.

The new exhibition at Blenheim Palace will attract long queues. The show goes on.