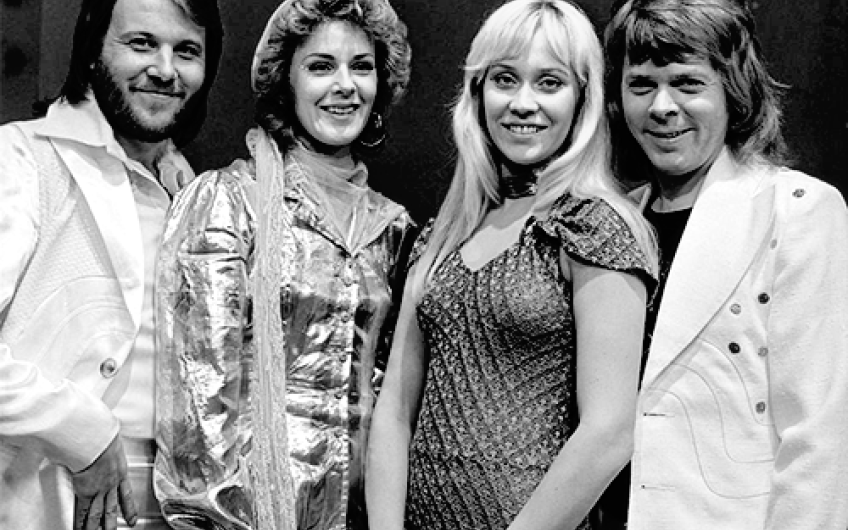 As a new ABBA exhibition opens at the O2, Rachel Johnson sings the praises of the evergreen Swedes

Many households are sensibly adopting the ABB rule after 7pm (Anything But Brexit).

Millennials play ‘Strip Brexit’ (anyone who mentions the B-word has to remove an item) but I can beat all the above when it comes to wholesome, angst-free entz. The new ABBA-fest in town. Here we go again!

I have seen Mamma Mia! in the West End and I saw both films many times. As soon as I heard that Sandi Toksvig and Björn Ulvaeus were staging a show set in Nikos’s Taverna on Skopelos (OK, in the 02 in SE10), with a wriggly and vibrant cast of singing and dancing queens (literally) belting out 35 hits, I cleared the diary for Mamma Mia The Party (on until February 2020).

‘It is the ultimate escape from all the bad news,’ promised Björn, and he delivered. I took two of my fangirl nieces (and I will introduce the band shortly) and we loved it from tzatziki to baklava.

It’s a long, loud, evening in an ersatz Greek restaurant the size of a London theatre. But, even if you’re not in the mood for cheesy schmaltz washed down with cheap retsina, the whole thing is so silly, happy and well-executed that you will soon find yourself on your feet, dad-dancing to Waterloo next to a hen-party in matching T-shirts, saying ‘Gimme a Man after Midnight’, and shiny orange wigs.

The songs were unbeatably catchy. The food was – for Greek fayre – more than fine. The set had olive trees, bougainvillea, and blue and white crockery. The slight plot had Sandi’s non-Scandi touches (the fountain in the middle spurted unexpectedly ‘like an ex-boyfriend’) and it all went with a merry smash, like plates on a tiled floor at a Greek wedding.

Lula, my 15-year-old niece, said the show was full of ‘hilarious characters who want to make everyone get up and dance’ and loved the finale. ‘We were all completely captured and taken away from our troubles the whole night; we left still wanting more ABBA!’

Noor, her younger sister, took an even deeper dive into the immersive experience: ‘I was living inside Mamma Mia. The place was transformed into a taverna without a detail missing; even the ceiling was covered with Greek vines.’

It was a Sunday in October but we all – young and old but mainly middle-aged – sang, danced and boogied our cares away for one night only, round the back of the 02. There was even an acrobat and a pyro display; so, in terms of panem et circenses, it had the lot. It’s booking well into next year and opening in more cities.

I predict Mamma Mia The Party will be so popular an antidote to our endless political troubles that Jeremy Corbyn will threaten to take it into public ownership.