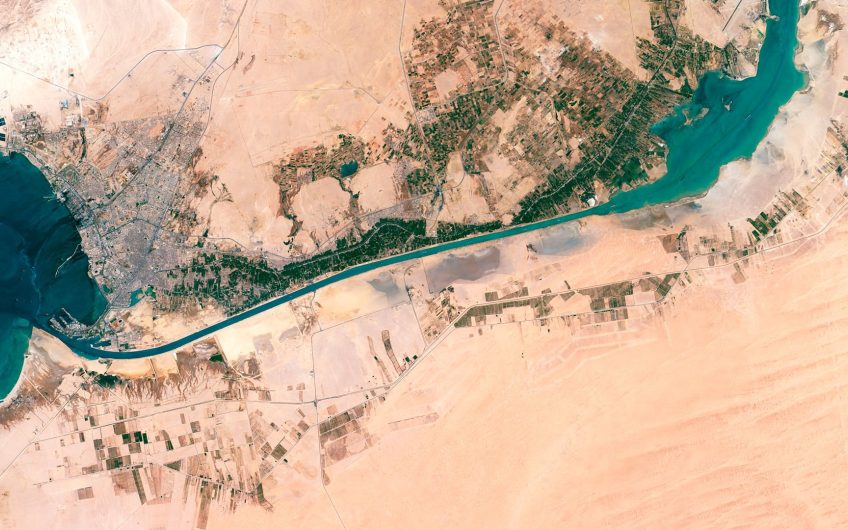 ‘Box’ is a word that trading folk use to describe ‘shipping containers’ – boxes, stacked like children’s plastic bricks, that travel across oceans.

To see a container-ship edging out across Southampton Water with the insouciance of a train leaving Waterloo Station, is like watching a small Italian hill town village on the move. And this is how the world has transported consumables for the last 65 years; a revolution that changed the way docks worked, reduced the quantity of dock workers, as well as the opportunity for pilfering. Our goods instead are now tracked across nature’s high seas by satellite, and loaded and discharged by robots. Who in the world of trade has not been thankful to containers for their convenience?

But in the last few years, with insufficient goods to export from Europe and too many containers in the wrong place, boxes out to China or Japan, became so cheap that the UK could even send its lightweight plastic waste to somewhere far off, and out of mind, in an otherwise empty container.

However, perhaps today containerization has hit its first really big storm. At the beginning of 2021, a confluence of events (to use another watery term) caused prices for 1 TEU (Twenty Foot Equivalent) container to rocket tenfold to US$20,000. When Covid further exacerbated the trade imbalance between Europe and China, UK and other European countries (sadly denuded of manufacturing) depended on the nation that was the source of the virus, for the PPE to mitigate it. As China’s exports increased to the West to meet our plastic demands, ports such as Shanghai, subject to sudden temporary Covid closures, caused shipping traffic chaos with vessel positions up the creek (as it were).

And then the ‘Ever Given’ happened.

The goods most affected weren’t high-value stuff like the metals I once traded, because they are expensive enough to absorb even the highest freight rates. It’s not so easy with fluffy toys or perishables.

A close personal shipping friend told me that even ‘break bulk’ (old fashioned Joseph Conrad-era ships with holds) had come back into fashion because these old rust buckets could access smaller ports and fill up with anything from wood-chip to flat pack furniture.

It was mildly amusing to begin with. Traders in various industries made a bit of extra money simply because they had stuff on the ground in the right place when other people’s delayed cargoes were bunged up. It was all a bit like a broken-down vehicle blocking the only road into a small village, with international trading townsfolk trying their best to find the shipping equivalent of a work-around on a bicycle or their pegs. Some of us, myself included, had - in our ignorance - not even realised the Suez Canal was a single lane, and that the flows in the canal rely on a lake – the Tolkien-sounding ‘Great Bitter Lake’ midway along the canal’s length - as a holding area when direction of travel between Port Said on the med and Suez in the South reverse.

How vulnerable our fragile world logistics suddenly seemed. The‘Ever Given’ was one of the largest container ships in the world, 400 metres long, 59 metres wide, 220,000 mt gross/200,000 metric tons net, carrying about 18,000 boxes, with an estimated $1.5 bln to $3 bln dollars' worth of cargo aboard, trapped for 6 days before a merciful high tide lifted the vessel and it was towed to Great Bitter Lake.

A lot of folk on both sides of the world were inconvenienced. The Egyptians used the matter to make a ransom demand of US$900 mln for the vessel’s release. When paid, the amount was not made public. Meantime, the vessel made its way to Rotterdam, then Felixstowe, and was finally towed to Valetta for service and repair.

And that, I suppose, should have been that. Except that it isn’t.

And that is because amongst those 18,000 containers a certain percentage are likely to have contained migrants. The migrants that none of us dare think too deeply about because it is a subject so intractable, so inconvenient, so heart-breaking, and so mortifying. Where in those 18,000 welded steel caskets they resided, no one knows. To reach a human at the bottom of a mine, drilling towards them after a cave-in, would be easier than freeing a single container trapped within that Rubik cube of sheet metal.

The average sailing time for those 12,000 nautical miles from Shanghai to Rotterdam is about 30 days, which is the amount of food and drink those migrants will have been provided with. It will have run out long, long before a single container was discharged.

When, or if, we think about what motivates migration and how bad things must be to climb into a dark, cold container, before the metal door clangs shut and seals are affixed, we would do well to think of the ‘Ever Given’, and the neat sarcophagus it became for those buried alive somewhere in those stacks. Those migrants on the‘Ever Given’ indeed gave - with their lives. Deo Dante Dedi. ‘God, having given, I gave’.