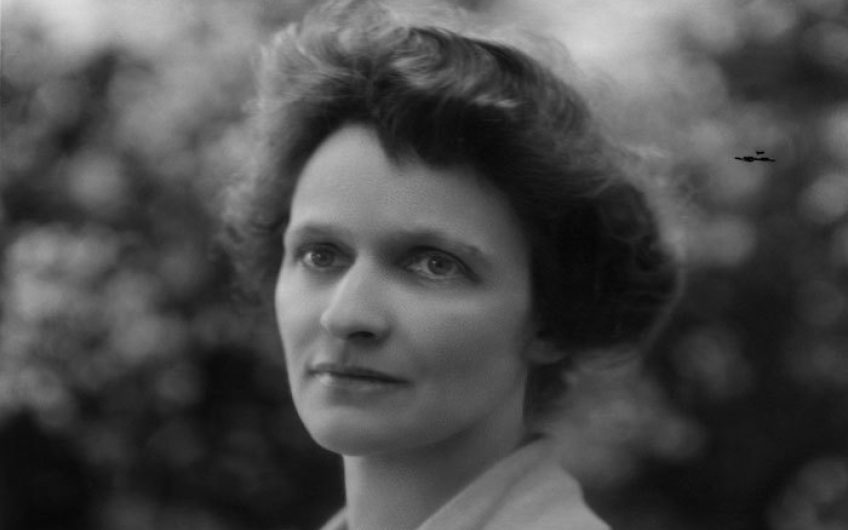 101 years ago today, Nancy Astor won the Plymouth Sutton by-election. She was kind but tricky, says her great-nephew Philip Astor

‘Any relation of Nancy?’

The mere mention of my name is invariably enough to prompt a discussion about my great aunt by marriage.

To be frank, there have been other members of my family, both in this country and from earlier generations in America, who have achieved more than she did.

But Nancy’s status as the first woman to take her seat in the House of Commons, 100 years ago, on 1st December 1919, has for ever secured her place in history. I dare say her celebrity is also in no small part due to her oft quoted (or misquoted) altercations with Winston Churchill.

Her longest role was as the sparkling châtelaine of Cliveden during one of its most glittering periods, from before the First World War to the eve of the Second. Then – like a theatrical impresario, according to George Bernard Shaw – she entertained guests of every political hue and background: statesmen and diplomats, academics and writers, entertainers and newspaper editors.

She was legendary for her fearless wit, spontaneous manner and flair for combative and spirited conversation. And, yes, there were some guests in the 1930s – by no means all – who shared with Nancy and Waldorf a common view about the best way of maintaining peace in Europe, namely appeasement.

The Cliveden Set was essentially a myth, but there’s no doubt that it tarnished the family’s reputation; just as the wretched Profumo affair did, tangentially and more unfairly, a generation later.

Nancy had never intended to be an MP, and even when she did become one, it was only supposed to be temporary. Her husband Waldorf had been MP for Plymouth since 1910. However, when his father, William Waldorf (my great-grandfather), the dour but visionary American expatriate and conspicuously generous benefactor to countless charitable causes, accepted a peerage in 1916, it meant that Waldorf’s promising (at least in his and Nancy’s eyes) political career would necessarily be curtailed.

On his father’s death in 1919, Waldorf duly explored ways to renounce the title, and in the meantime Nancy fought and won the by-election. Waldorf’s efforts proved to be in vain, and Nancy held the seat until, to her everlasting chagrin, she was persuaded by the family not to fight the 1945 election.

When she originally entered Parliament, women had only just won a partial victory in the fight for equal suffrage. Nancy had never previously been identified with the suffragette cause but, throughout her parliamentary career, she was a feminist in her own fashion, and actively supported women’s and children’s issues and social reform.

That said, her only legislative achievement – appropriately enough, in the light of her lifelong support for the temperance movement – was to introduce a private member’s bill in 1923 that raised the pub-drinking minimum age to 18.

She was loved by her constituents in Plymouth, both for her hectoring, battle-axe banter and for her many unheralded acts of kindness. During the Second World War, the city’s morale was genuinely boosted, as – however twee it might appear now – she instituted tea dancing on the Hoe.

Her reputation in the House of Commons, however, was not always so sympathetic.

My grandfather, John Jacob Astor (later the 1st Lord Astor of Hever), Nancy’s brother-in-law, entered Parliament a few years after Nancy, and his career as an MP then overlapped with hers.

He was more conservative than his elder brother. While in the early days, I imagine, he shared the widespread resistance towards the idea of a woman trespassing into this male preserve – Churchill famously likened it to being caught in the bathroom with nothing to protect himself but the sponge – my grandfather also became progressively embarrassed by Nancy’s vocal interruptions and bouts of barracking in the House. In truth he, like others, felt that she had become a bit of a pest.

For all that, it’s one of my great regrets that I never met her – although I would have made sure I kept on my guard. Lord Brand, another of Nancy’s brothers-in-law and one of her oldest and most loyal friends, characterised her as a ‘startling combination of great beauty, extreme frankness and friendliness, brilliant wit, tremendous energy and dashing initiative’, but with an ‘uncanny instinct’ to wound.

Certainly there were many – not least her own children, and even more so her sons’ wives – who found her contradictions at the very least bewildering, and at times insufferable.

Especially baffling, and for some of her family truly destructive, was Nancy’s dogmatic attachment to Christian Science, matched only by her intolerance of Roman Catholics.

Two of her sons observed, while having lunch with her on one occasion, ‘Mother, you’ve got a heartful of God and a bellyful of Hell.’

Beyond the family, the Queen Mother was a trifle nonplussed to receive as a wedding present a copy of Mary Baker Eddy’s textbook of Christian Science. Stalin, too, resisted her attempt to convert him in 1931.

Not for nothing was Nancy once described as a cross between Joan of Arc and Gracie Fields.