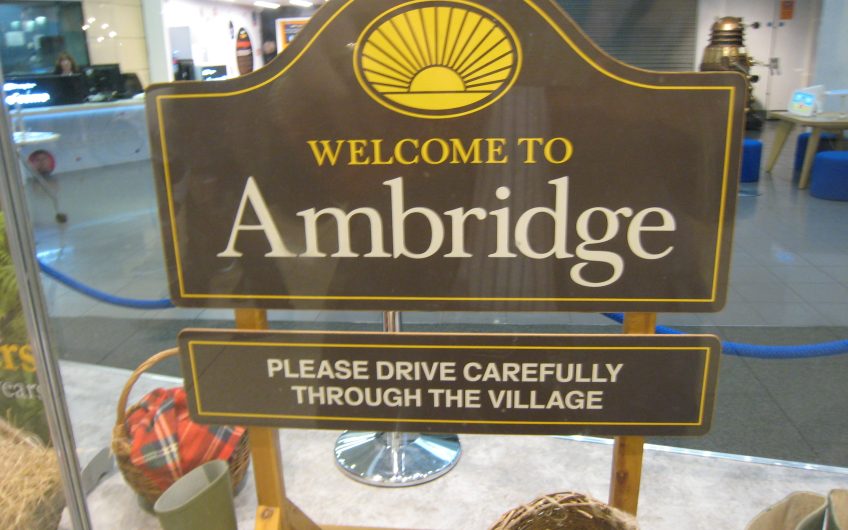 I’ve lived with The Archers all my life. As a child, it comforted me. Its instantly recognisable, catchy tumpety-tump theme tune emerging nightly from the kitchen suggested a safe routine. As a teenager, I was contemptuous of my parents for engaging with such boring old twaddle. As a young woman, I simply ignored it. But then it started creeping up on me as snatches of plot that I caught in the car or while cooking lured me in. Today it’s a sacred fixture in my week and family and friends know never to interrupt or call me between 10 and 11.15 am on a Sunday morning.

Less than a month ago, I even listened to the Omnibus in Nicaragua, where not a single case of Coronavirus had yet been reported. Knowing the virus was hitting Britain, I tuned in online to find out how the inhabitants of Ambridge were reacting. Listening to the Omnibus from a deck in an ecolodge on the Pacific Ocean I was puzzled. Perhaps it wasn’t as much of a talking point as I thought it would be, judging by the news reports? Maybe it had not yet instilled panic into the British countryside?

Since my return, I have listened in increasing dismay to bulletins from a Corona-free Ambridge. Radio Critic, Gillian Reynolds, reported on the ‘Ambridge bubble’ in The Sunday Times and explained that the big plot lines (the Grey Gables explosion being the latest one) are worked out far ahead. To insert plot lines involving the pandemic would involve making last-minute demands on writers, actors, studio mangers and holders of BBC purse strings - ‘I can hear the screams already,’ she added derisively.

Given its roots as a programme full of useful agricultural information, it was fast to adapt and show the nation how David and Ruth Archer were dealing with Foot and Mouth for example. But now that people are dying rather than cows, are the programme makers just going to pretend Ambridge is a parallel universe?

The beauty of the Archers for diehard fans like me is that it’s a rural barometer of the country’s mood. It’s the equivalent to America’s Peoria, an emblem of Middle England. The programme turns 70 next year. It has survived and maintained its place in the nation’s heart, beloved and relied on by Oldies up and down the land, precisely because of its nimble ability to incorporate the issues of the day into its plotlines. Stories about coercive control and domestic violence or historic sexual abuse are woven in alongside the latest drama about rewilding or the closure of an abattoir. Yet the latest Omnibus I heard still made no mention of the virus and instead I listened in disbelief as people piled in a car together to go out drinking and partying. Our world has changed so radically since the prime minister’s instruction to stay inside that it seemed like an inappropriate and cruel joke, designed to taunt us with precisely what we are being forced to forego in our lives.

When Britain is uniting to undergo as profound a shift as any of us can remember, what kind of message is the BBC’s daily fix of comforting rural life emitting if it is resolutely unable even to face the reality of this pandemic, let alone start dealing with it? Almost every single business and certainly every individual is currently expected to adapt and adjust at a moment’s notice to our new reality. Many are taking a financial hit that could cripple their business or livelihood irreparably. Yet the level of inventiveness, innovation, creativity and humour already emerging is heart-warming. We are a resilient, flexible lot and will do whatever it takes to keep going and survive, once we’ve stored up enough bog roll and pasta. So why on earth is The Archers failing us? It should be a beacon for the nation. All the Oldies tuning in at seven every night must be shouting at their radios in frustration and despair. If the BBC can’t tweak one 15-minute daily radio programme to reflect the greatest threat to life since the war, what does that say about the institution as a whole? Get a grip.

The photo album of the century – Don McCullin