The art of acting - Mary Taylor 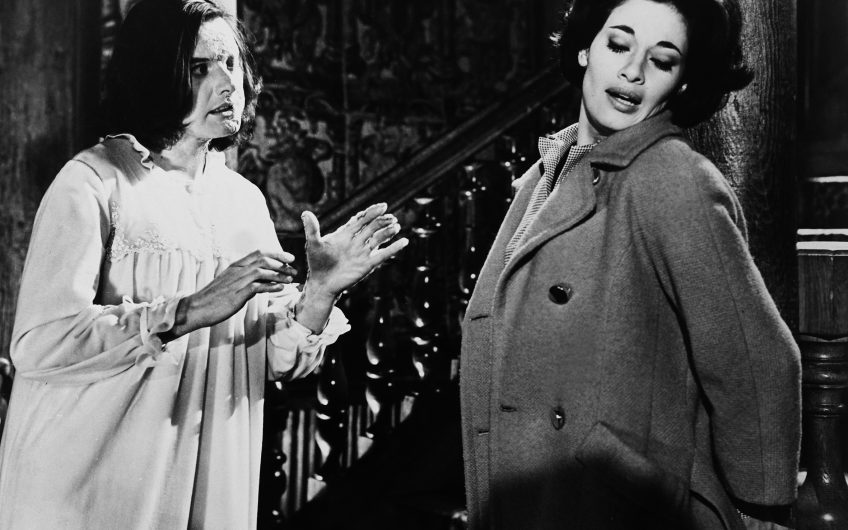 Mary Taylor acting under her stage name, Mary Manson, with Carol Gray in Curse of the Fly (1965)
View Full Size
1
of 1

Mary Taylor, 90, starred in Robin Hood, acted with Laurence Olivier – and then gave it all up to become an artist

My second life – the one I have lived for the past 40 years – has been as an artist.

It is a life I did not imagine as a child growing up in Oxford, although my mother was an artist of some note, painting landscapes and flower studies.

Although my early artistic efforts displayed some aptitude, they were greeted by her with a gruff ‘I should think I’m the artist in the family!’

My first life, starting 70 years ago, was totally different…

My father, an academic, had had a brief early career as an actor, which may have inspired my parents to decide I should be an actress. I auditioned for RADA and was rather surprised when I got in.

Two years later, I graduated and my ‘first life’ – the one that would occupy the next 21 years – began.

Using a family name of my mother’s, I made my debut as Mary Manson at the Theatre Royal, Windsor. I played the sister of another beginner, Geraldine McEwan. Several years in repertory, during which I played juvenile leads, followed. At Bridgwater in Somerset, one of my fellow actors was John Osborne, whose first wife, Pamela Lane, had been at RADA with me.

I joined a company that went round the country in an enormous lorry, driven by one of the girls, to perform religious plays. In Cardiff Cathedral, my part required me to stand motionless with my arms spread in the form of a cross. Stealing a glance downwards, I saw an enormous black spider creeping in beneath my long skirt. It took all my powers not to run down the aisle screaming!

My first London engagement was as an understudy. It was at the Royal Court Theatre in Sloane Square, enjoying a brilliantly successful 1956 season, which included my old friend John Osborne’s play Look Back in Anger.

I understudied the juvenile lead – and got what all understudies dream of – but rarely get: one evening, I ‘went on’!

I played opposite Richard Pasco and Alan Bates and it went so well that I was offered a place in the company. I went on tour with John’s Osborne’s next play, The Entertainer, starring Laurence Olivier. I also acted with Bob – later Sir Robert – Stephens, in a strange play called How Can We Save Father?, which did not run very long.

It was at this time that I married. My husband, Forbes Taylor, was a film director and for our first year he was off to the studio at the crack of dawn and I was on stage until late most nights, so we saw little of each other.

My husband was working on the Adventures of Robin Hood television series, which ran from 1955 to 1959, and the producers gave me a leading part, opposite the star, Richard Greene. It was my first experience of film acting.

Further parts followed in the later series, The Adventures of Sir Lancelot, which ran from 1956 to 1957.

Then everything changed very radically.

My husband became head of films in a new ITV company starting up in Norwich. It meant a move to a new home far from London. We found a ‘fairy-tale’ thatched farmhouse far out in the countryside.

Although Anglia Television was a small, regional TV company, it produced major drama productions and I was invited to appear in several of them. Some required me to speak with a Norfolk accent. I called on my nearest neighbour and asked her to read my lines, so that I could imitate her characteristic Norfolk lilt.

I was offered film roles, one of which, a dreary little drama called Life in Danger (1959), is shown with mysterious regularity on TV today. There was also a weird part in a horror film called Curse of the Fly (1965). I was supposed to be ‘transmitted’ by wireless in a machine – which went wrong, so that half of me got jumbled up and reached the other end a ghastly mess. It necessitated dawn rides to the studio for hours in make-up.

All this came to a temporary end when our first son was born. After six years of motherhood, a second boy joined him.

One was to become an archaeology professor and the other a producer of music for television programmes.

When they were old enough and away at school, I felt an urge to do something creative again. A return to acting really meant London, which was not feasible. So my thoughts turned to my first love – art. I enrolled at the local art college as a mature student.

By chance, my tutor was one of the few Western artists working in the difficult and very beautiful oriental technique batik, where hot, molten wax is painted on fine fabric to block out areas where the colour is not to go. Once the wax has dried, dyes are applied to develop the desired image. The wax is then washed away.

I was immediately hooked. It just seemed absolutely right for me. I set up a studio in an outbuilding of our home and began to produce batik works of art in the European tradition: flower studies – and even landscapes.

Batik is not without dangers… Working on a large landscape one morning, I caught my sleeve on the handle of the pot of molten wax, tipping the contents into my lap. I suffered severe burns, which resulted in a stay in hospital.

Over the past 40 years, I have exhibited in countless shows, including at Santa Barbara, California, and Boston, Massachusetts. Selfridges in London commissioned me to produce long flower panels. I wrote and illustrated a book on my work, The Art of Batik: Flowers and Landscapes.

I’m 90 now, and still have a batik or two on the go. We have moved near the sea in Suffolk and I exhibit in the local art society’s annual exhibition.

Touch wood, I am extremely lucky. My husband and I are celebrating 64 years of marriage. I love walking, cooking and gardening. We enjoy The Oldie every month – but find it disconcerting that it reminds us that time flies by far too fast for us oldies!