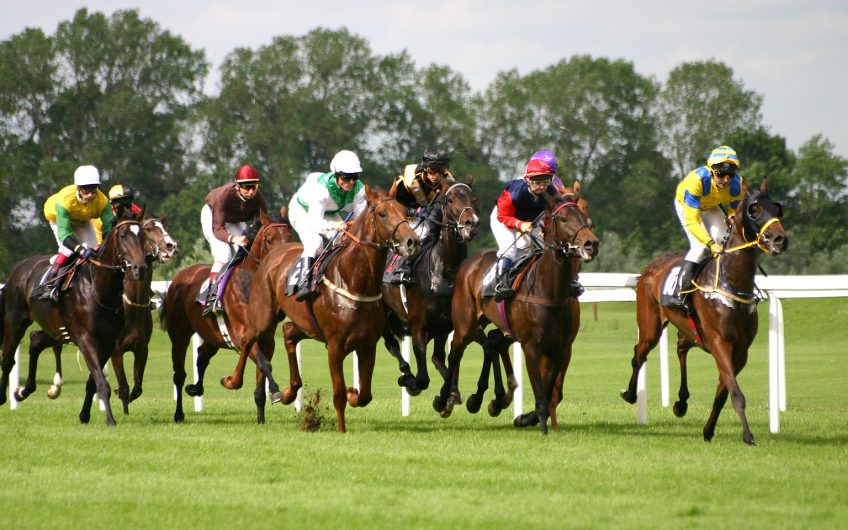 HE HASN'T TRAINED Derby or Grand National winners, but Sir Mark Prescott, 3rd Baronet, has strong claims to be considered one of the finest exponents of the art of placing racehorses to their best advantage. And definitely one of the quirkiest - eccentric, even.

Now, at 72, a genuine oldie even in a sport not always noted for youthful success in his line of work, Sir Mark is still going strong, still a lover of cigars, coursing and bull-fighting - the latter the inspiration for a stalls blanket for his runners which he created, based on a 'picador's accoutrement'.

'All I want out of life is a cigar, to go and see a bullfight and have the freedom to turn up the heating' says teetotal Old Harrovian son and grandson of Conservative MPs, Sir Mark, whose heroes include Labour stalwarts Tony Benn and 1930s Party leader, George Lansbury.

His place of work, Heath House Stables, is even older than Sir Mark - winners have been sent out from this beautiful, historic Newmarket location for best part of two hundred years, almost two thousand of them by the current resident, who began there half a century ago.

Sir Mark had 200 rides as an amateur jockey and learned the training trade from mentor Jack Waugh who 'drilled into me that your duty is to your owner first, last, always' - and taught him to recognise horses by feeling their legs, blindfolded - him, not the horse!

His first winner was Belle Royale at Teesside Park on April 23, 1971. As Sir Mark prefers to operate a little under the racing radar, Neil Clark of the Observer said of him - 'Most in racing would agree that there has never been a better trainer of moderate racehorses.'

His long serving jockey George Duffield - of whom Sir Mark once commented 'I have looked at many another woman, but I have never looked at another jockey' - declared; 'He finds it an enormous challenge to place cripples or quirky horses to win.'

He has had prolific winners like Spindrifter, with 13 wins as a two year old, and Misty Halo who, between 1981 and 1985 won 21 of 42 starts, a post-War record for a mare. He also spots a horse's sweet spot and exploits it - Masafi won seven times in 18 days for him and Fall In Line six times in 13. He is known for scrutinising the Rules of Racing for loopholes and alternative interpretations which could help him find the next winner. 'I haven't the slightest interest in being champion trainer, I would like to be the best trainer, though I don't know what that is.'

Known as the 'bachelor baronet' Prescott is perfectly happy single - 'If I had a family and whatnot, I'd have less time to do all my little scheming wheezes. I'm very happy that everybody else breeds like rabbits and gets into all the expense and often have their lives completely messed up by it.'

He broke his back in an accident at Wye racecourse, aged 15 and was in hospital for 18 months - 'I couldn't swallow, I couldn't blink for nine weeks.' This changed his perspective on life - 'I came out believing it was desperately important to do everything as well as I could, but equally to realise it is all completely unimportant in comparison. Training should never be life and death. That's for other sports.'

Sports, perhaps such as bull-fighting, which features prominently in the shape of dramatic photographs in his home, along with the skin of 1884 Ascot Gold Cup winner St Simon, paintings of fighting cocks and statues of greyhound coursers.

Quizzed about bullfighting, Prescott stresses the difference in quality of life between the animals involved in that sport and those served on a plate as veal.

Of coursing he reflects,'After the government banned hare coursing, the following week 896 hares were shot. Over a total coursing season in Britain they had never killed more than 159 hares in a whole year.' A couple of years after the ban, Prescott found himself in hot water when he and celebrity TV chef, Clarissa Dickson Wright were accused of allegedly hunting hares with dogs in North Yorkshire.

Sir Mark is known for thinking ahead and once answered 'I'm not prepared to bet against it' when asked whether he believes in life after death.

But he has prepared for that hopefully long delayed event, telling my sportswriter friend Will Buckley that he had been shown around his graveyard of choice, having 'wanted to find myself a nice plot with some agreeable people around.

'I had to contact the Parks and Recreation authority. A nice fellow showed me the graveyard, and there was Fred Archer (multiple champion jockey), Mr Dawson, Mr Waugh (legendary trainers) and lots of nice people. I found a nice corner and said 'I want three plots down there.'

He said 'Would that be for Sir, and Lady Prescott and your son and heir?'