The Chiddingstone Castle Literary Festival kicks off this weekend! 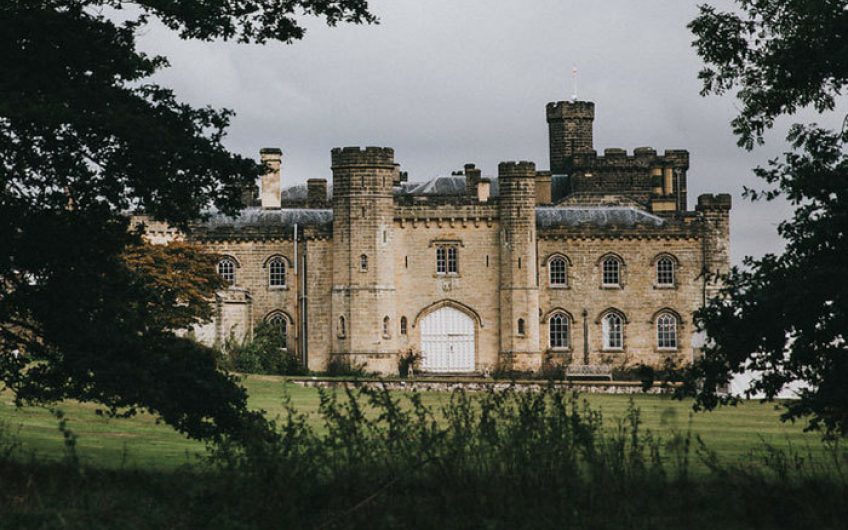 Can you hear the people sing? Not exactly, but you might hear the faint scratching of a quill or the clacking of an ancient typewriter for here in West Kent there are ghosts of writers and the written-about all around us – Anne Boleyn and later Anne of Cleves at Hever Castle; the soldier poet Sir Philip Sidney at Penshurst Place, Winston Churchill painting by the fishpond at Chartwell and Vita Sackville-West enjoying her strange tomboyish childhood at Knole. It’s where Siegfried Sassoon spent long ecstatic hunting days with the Southdown and Eridge foxhounds and EM Forster suffered equally long miserable days at Tonbridge school.

Chiddingstone Castle, about to hold its fifth literary festival this weekend, is a short walk across the bridge from the photogenic Tudor village of Chiddingstone. The village is a sought-after film location and famously featured in A Room with a View. The castle itself started life as a timbered manor house and was much augmented over the centuries, culminating in its ambitious reincarnation in the 19th century as a medieval castle by its owner Henry Streatfeild, and continued by his son Henry. These days, the rich might show off with a swanky car or a boat; back then, you made a bit of money and went with crenellations.

The house was a Canadian military base during the second world war, then a school, and was finally bought in 1955 by an impecunious bank employee called Denys Eyre Bower, who, wearying of bank clerkery, managed to get himself a 100 per cent mortgage and buy the Castle for £6,000, to house his eclectic and growing collection of art and artefacts and, charging half a crown entrance fee, display his treasures to the public. His enthusiasms were widespread: Buddhism; the Stuart dynasty, stemming from his Derbyshire childhood and obsession with Culloden and Bonnie Prince Charlie; ancient Egypt and Japan – his extraordinary Japanese lacquer collection is the most important one outside the V & A.

He had a fondness for cars and women; two unsuccessful marriages, far from discouraging him, propelled him into a relationship with a much younger lady from Peckham who claimed to be an Italian Countess. In 1957 there was an unfortunate incident in South London involving the Countess, an antique pistol and a budgie cage, whereupon Mr Bower spent several years in Wormwood Scrubs for attempted murder and attempted suicide (he continued busily corresponding with the British Museum from prison) until his release was secured in 1962 by an intrepid solicitor called Ruth Eldridge, who proved that there had been a miscarriage of justice.

After his release he was painted by Laura Knight and this portrait, along with some of the quirky items from his life, can be seen in his characterful study in the castle. He offered the house to the National Trust before his death in 1977, but it declined; it is now run by a board of trustees, including Mark Streatfeild, a descendant of the original Henry, so that Bower’s collection can still be appreciated. Ask any child about the castle and they will tell you all about the mummified cat in the Egyptian collection, the Samurai suits of armour or possibly the segment of the heart of James II in the Stuart rooms.

This part of Kent was a densely forested area in the Neolithic era, which became criss-crossed with paths where pigs were driven between dens for summer grazing. The dens soon turned into small scattered farming settlements and wool became the big thing. Then came iron ore, and by the late 16th century there were a hundred iron furnaces and forges, the iron production supported by local timber for charcoal and the quick flowing streams. But by the early 19th century the last of the heavy industries moved north to the coalfields and the blast

Now it’s farms again: hops, apple, cherry and pear orchards and some 50 Kentish vineyards capitalising on the same soil type and growing conditions as the Champagne region. Unsurprisingly, the Weald is an Area of Outstanding National Beauty covering 560 square miles: the dips and valleys, the scrubbly hedges, patchwork fields and sunken lanes and the historically scattered farmsteads make it appear much less populated than it really is and the unimproved grassland means that crickets, bumblebees and wildflowers thrive, including the prized green-winged orchid.

The literary festival in the castle and its Castles, stately homes and vineyards: Lucy Deedes on the charms of this rural area grounds has now become a four-day bank holiday (May 4th–7th) programme of readings, talks, workshop and theatre.

You can hear Oz Clarke on food and drink; Joanne Harris talking about The Strawberry Thief, her new Chocolat novel; the Guardian’s Jon Crace talking politics and Brexit with ITN Five News’s Andy Bell; Anna Pasternak considering the parallels between Wallis Simpson and Meghan Markle. Anthony Seldon, contemporary historian, educationalist and thought-provoker, will discuss British prime ministers, and Tom Gregory, author of Boy in the Water, will talk about his extraordinary experience of swimming the Channel as a boy of 11. There will be insights into real life crime with forensic scientist Angela Gallop and barrister Thomas Grant.

Bank Holiday Monday is Family day when everybody’s Gogglebox favourites Giles Wood and Mary Killen share their gently barbed philosophies on life and marriage. Tuesday will be schools day, with children’s theatre and workshops for writing and model-making.

When there’s a moment take some time to look at Denys Eyre Bower’s very individual collection and check out the Orangery for its gorgeous award-winning gridshell roof, made from curved green chestnut lathes and a floating grass frame – an inspired combination of old and new.

It’s expected now that writers will not only entertain us on the page but also appear before us in the flesh. We ask a good deal of them and, fortunately, they indulge us.