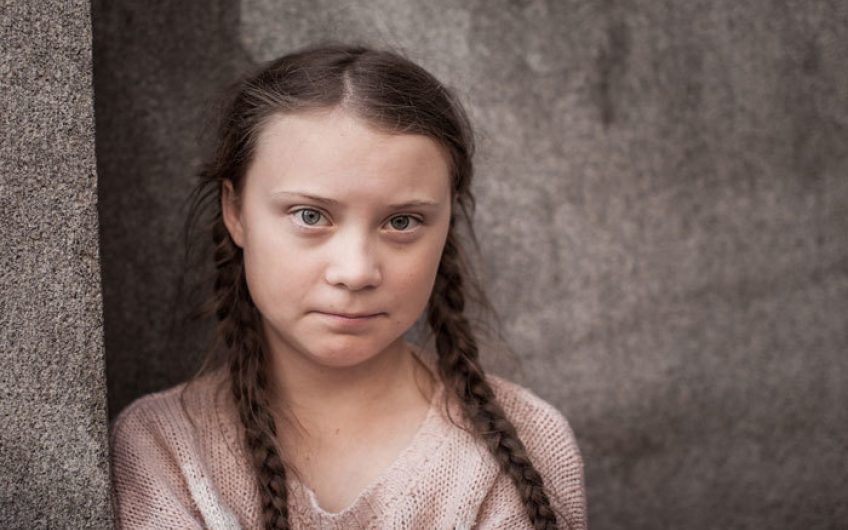 As Greta Thunberg warns us that we only have eight years to save the planet, Theodore Dalrymple asks why we listen so intently to a 16-year-old

'I would there were no age between sixteen and three-and-twenty, or that youth would sleep out the rest; for there is nothing in the between but getting wenches with child, wronging the ancientry, stealing, fighting'

When few lived long, old age was respected: but now that almost everyone seems to go on for ever and, thanks to a declining birthrate, youth is a rare commodity, it is the young who are looked up to and accorded the kind of reverence African tribes once accorded their elders.

This, perhaps, explains why so much attention is paid to that Swedish girl, Greta Thunberg, who makes Mr Podsnap in Our Mutual Friend seem about as self-doubting as Hamlet, and whose face oozes sanctimony almost as a secretion. She needs to be sent to her room and told not to come down before breakfast.

The cult of youth is, at heart, a very sad one. It implies that the peak of life is reached early and thenceforward it is downhill all the way. As it happens, I have just come from a café where I saw a man in his early seventies, I should guess, making his way slowly and painfully to the lavatory with the aid of a wheeled walker. This, of course, was reason enough to sympathise with him and, if I could have helped, I should have done so.

But what made him a truly tragic figure was not his physical handicap (of a type that many – perhaps most – of us will experience if we live long enough) but his insistence on dressing like an adolescent in jeans, a flowery pair of shorts and basketball shoes, with a single, large gold earring and a Keith Richards coiffure circa 1970, except for its greyness.

Here was a man who had not (as Mr Blair would no doubt have put it) moved on. He was caught in adolescence as flies were once caught in amber. And this was a tragedy not only for him as an individual but, on the assumption that he was far from alone but rather representative of a social trend, for society as a whole: for as everyone knows, having once been adolescent themselves, adolescence is a time of extreme bad taste and what might be called conformist rebellion, or rebellious conformity. It was a tragedy for him as an individual because it made him dream an impossible but also worthless dream; it was a tragedy for society because it made immaturity the highest good.

Contrary to what is frequently supposed (as if no one were capable of serious or sincere reflection on his own past, or had forgotten what it was to be young), youth is not idealistic but profoundly egotistical. Even where it is hedonistic, it is censorious – towards all those who are not hedonistic. Its hedonism is not that of spontaneous enjoyment but that of putting two fingers up to Mum and Dad.

Youth never ceases to think of itself even as it is claiming to agitate for the betterment of the world. It wants to save the planet but forgets to pick up the litter when it leaves, as (for example) attendance at the Glastonbury Festival would soon convince anyone.

I have nothing against youth as such. It is one of those unavoidable conditions that we all have to go through, as diseases such as measles and whooping cough once were. I doubt that there will ever be an immunisation against it, and perhaps it is better that this is so (one of the explanations for the rise of allergic conditions is that children grow up in too clean an environment, with not enough immunological challenges).

But just because it is unavoidable, there is no reason to make adolescence our cynosure or youth the object of a cult.