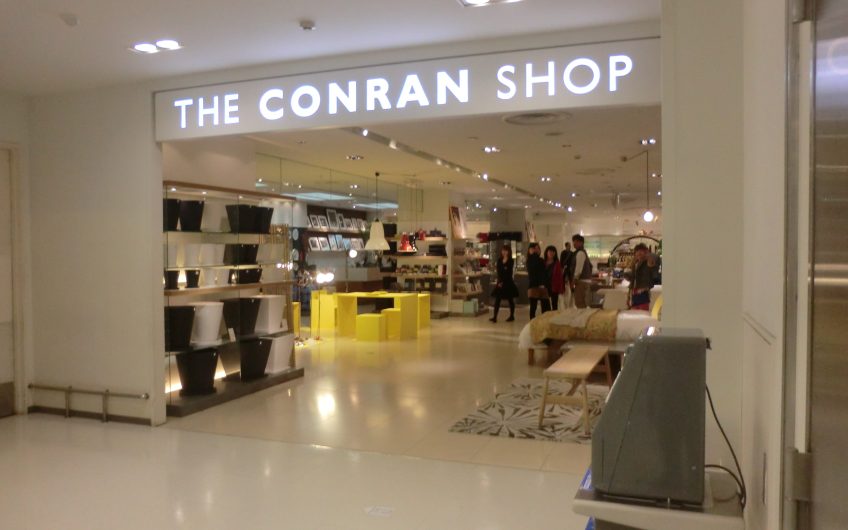 Long after the garlic crushers, duvets, and Japanese lampshades had been languishing in the houses of modern Britain, I met Terence Conran, who has just died aged 88.

He was embarking on his magnum opus, the relocation of the Design Museum from a banana warehouse in Shad Thames to the Commonwealth Institute at the end of Kensington High St. This colossus of a building, surrounded by charity shops and Iranian delis, formerly recognizable by hordes of reluctant school children, was to be his legacy. Here, in the leafy surrounds of Holland Park, Conran hoped to establish a national museum big enough to do battle with the proximate V&A, with whom he had long held a frustrated connection after his aborted Boilerhouse venture in the 80s.

In old age, Conran was a perplexing figure. Having made his name democratizing design for the masses, allowing the mob into a world from which they had previously been excluded by dint of their overwhelmingly provincial urges, in later life he firmly embodied the shuttered world of the elite.

Shiny Jaguars ferried him from his various houses to his restaurants where he would emerge, in his trademark bleu de travail, followed by a retinue of anxious vassals, each furiously jabbing at their iPhones the minute he said something untoward or issued a mysterious request, presumably for an ashtray or a lighter (although regrettably, I never saw him smoke a cigar in the museum itself).

In the run-up to the opening of the new Design Museum, transformed from modern-day ruin to a glass and pine light box by John Pawson, Conran would appear, a hard-hat perched atop his bald head, to oversee the progress. Often impatient at the pace of the project, he was single-minded in his approach, sending illegible hand-written notes to the staff, frequently at odds with the direction of the opening exhibition, rather confusingly entitled Fear and Love.

Sir Terence, for his part, certainly knew a thing or two about fear and love and wasn’t afraid to override the army of curators and directors who tried - with no small amount of difficulty - to strike a balance between Conran’s vision and commercial viability.

The clean lines and smooth surfaces of the museum’s finished product belied the turbulence of Conran’s life, writ large at the launch party where his children and grandchildren came to honour him as he sat in state in the members’ room, surrounded by such illustrious figures as Norman Foster and Nadja Swarovski. Even Matt Hancock, unrecognizable then as a lowly Minister for Culture but still in a pink tie, tried and failed to gain an audience with the High Priest of Design.

As an observer, I remember Conran as a courteous man caught in the throes of his ultimate design: legacy. Fashioned from kitchen utensils, bits of Elizabeth David, Bauhaus chairs and coffee pots, this was no easy task. Perhaps this is why it’s hard to say what the Design Museum is: a new V&A or an extraordinary, perhaps corrective, mise en scène from a man at the end of his life? Two days before the crowds were to descend on the museum, he and I got stuck in a lift in the museum atrium, the design of which was certainly lacking.

Did we talk about salad bowls? No. We spoke about his dogs. After a lifetime of objects, he was probably relieved to talk about something else.