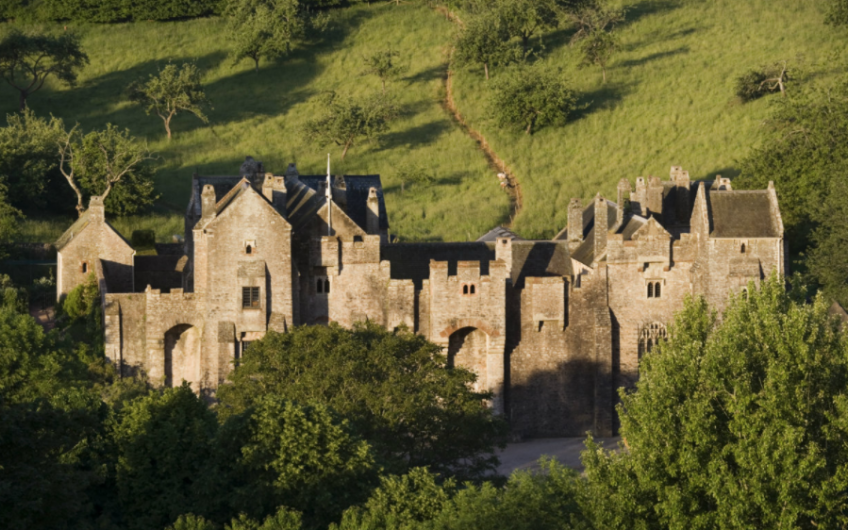 That National Trust has ruined so many houses: Trerice, for instance. From the outside, it is the loveliest façade in Cornwall; when we passed on a midsummer evening, the gables cast shadows over the grass, and it loomed dark and lovely: Manderley! But perhaps smaller.

Despite everyone saying that Manderley is based on Daphne du Maurier’s house Menabilly, near Fowey, I cannot see it. Menabilly is too squat and too regular and too pale; it is also, as writers of melodrama might say, too late. It could be in Surrey – and I would know; I grew up there. Weybridge is full of houses like Menabilly. The Manderley of Alfred Hitchcock’s film Rebecca (1940) is rather better, but it was a model and is such a mismatch of styles – I think I saw late medieval, early and late Tudor, Jacobean, Victorian and even Edwardian – that it would make architectural historians cry.

No, Trerice is my Manderley; in fiction, you see what you want to see. Or it was. I thought about Trerice every day for months. Then I went inside, and I was sorry I did, because it ruined everything.

I’m not sure if it was the signage, which assumes imbecility in the tourist, or the shop – you can get better jam at Sainsbury’s, and better snobbery in the Daily Mail – but, inside, Trerice is hollow. There is no smell of wood smoke in the house; no whisper of the past about its staring walls. It is decorated, but it feels empty. Whatever I was looking for, it wasn’t there.

But I will not let my National Trust membership lapse – I must daydream – and so I went to Compton Castle. It is in Devon, near Torquay. It was Mr Willoughby’s house in Ang Lee’s Sense and Sensibility (1995) and, like Trerice, it is the kind of house I love: grey stone (I detest brick, except in townhouses) with towers and gables, surrounded by hills. A house of mystery!

It is 14th-century, but the frontage is 1520, although it looks earlier: things come slowly to the west. It is fortified, and it has never been amended and it seems, from the outside, windowless; a house dropped into the countryside and left to itself. It is also tiny, and open only three days a week, and only in summer.

The Trust is a sporadic presence here; it operates from a tent in the front courtyard. The owner, a Mr Gilbert, dozes in the courtyard, a cup of tea – with his crest upon it – sitting on the Daily Telegraph.  His family have owned Compton Castle for almost 700 years, and it looks as it did before the Wars of the Roses: a particularly sinister Oxford college, shuttered and wondrous.

Travels with my daughter - Nick Welch

The Winner of the Jeremy Lewis Prize