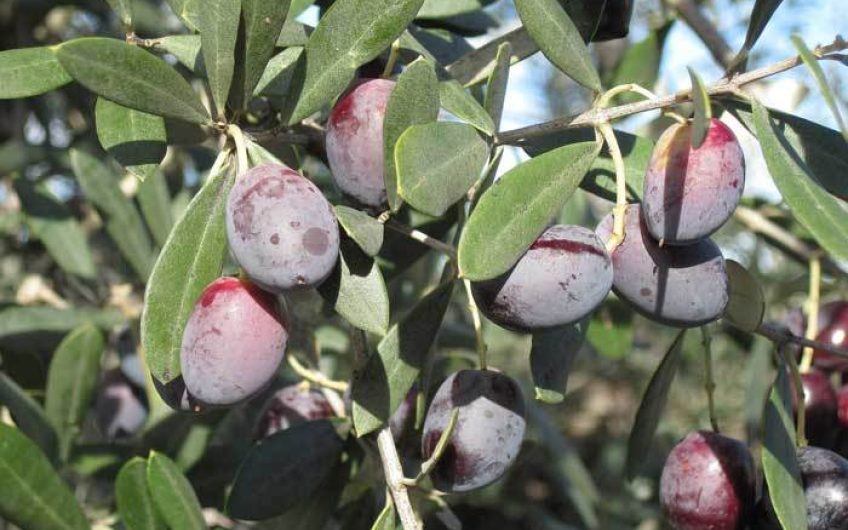 A new report reveals that the European olive disease will cost a fortune, says Robert Fox

Across Italy’s southern heel, between the elegant whitewashed towns of Lecce and Gallipoli on the coast, the olive groves have entered permanent winter.

Mile after mile of spidery skeletons and gnarled trunks proclaim the presence of disease and disaster. For three years, the blasted trees, like something from a Tim Burton Gothic movie, have been attacked by a deadly bacterium, Xylella Fastidiosa, now threatening the main crop, the definer of the landscape across Puglia, the most prosperous of Italy’s southern regions. Once in the trees , the bacterium chokes the natural water supply from the roots. Leaves and fruit wither. Unfortunately it takes 18 months for the damage to show after the first infection.

Italy has more than 60 million olive trees, roughly one per head of population. Now they are all under threat.

‘So far there is nothing to stop this,’ says Corrado Rodio, 58, owner of some 2,000 trees across a 37-hectare olive farm his family have owned and run for four centuries. Some 60 of his trees go back to Roman times, and one or two are around 3,000 years old – they are under a UNESCO World Heritage conservation order. All that may be conserved soon are the trunks and a few branches.

Xylella came to Puglia, the destination of an Oldie tour as I write, about 15 years ago. It has been attributed to the import of ornamental coffee plants for show gardens on the Salentine Coast on the Ionian Sea, north of Gallipoli.

‘We could have stopped it there and then,’ says Rodio, ‘by tearing out the first infected trees and imposing strict quarantine zones. It would have been easy to impose on a few isolated areas. Now it has spread so far and fast that it’s going to be impossible to stop quickly.’

The Italian government has just declared an area of more than 100 square miles infected across Puglia, which alone accounts for more than half of Italy’s olive oil production. Last year, production in the province of Lecce was down 70 per cent, and 50 per cent in the neighbouring area to the north, stretching towards Brindisi and Bari. Up to 100,000 jobs could be at risk.

Traces have already been found in olive trees in southern France and Corsica, Spain and the Balearics, Portugal and Greece. The EU has put up a €150 million emergency fund. Restrictions have been imposed on tourists returning to UK carrying flowers and organic material.

Xylella attacks dozens of species, lavender, oleander and rosemary among them. The variety of its activities have been known in North and South America for more than a century.

‘It’s surprising that everyone reacted so slowly – as this has been known in the US for 115 years,’ says Rodio.

‘The first outbreak brought denial and confusion stirred up by local politics,’ he says. Some of the more extreme eco-lobbies said no infected trees should be deprived of life. Others declared a hoax, put up by Northern Italian politicians and farmers to shut down Puglia’s olive industry and shift it to their regions further north.

The Xylella is transported by a hyper-active bug, known to British gardeners and producers as Cuckoospit or the Froghopper – in America, it’s the Spittle Bug and in Italy la Sputachina. It leaps between trees, and squirts a jet of foam on the leaves. Inside the foam is a cocoon containing the Xylella pathogen.

‘The problem is that olive growing is now a monoculture,’ says Alex Fowood, a professional horticulturalist who has lived here for four years. ‘The local authorities in Ostuni don’t know whether to order ploughing up between the trees to disrupt the Xylella or to allow the grass and flowers to grow to divert the bug from the trees.’

Worse, she says, is the destruction of small birds in the Italian passion for shooting or netting them for gourmet delicacies. This means a natural predator to feed on the bug is taken out of the picture.

Antonio Santoro, 42, is another producer with some 40 hectares of olives on a family farm. He is also a professional agronomist heading a consortium of farmers. ‘For the moment it is very difficult , and it looks to get worse. We are beginning to work on some resistant varieties – especially the Ulivo Favoloso and Ulivo Leccino.’

These two varieties out of the thousand known in Italy show promise. They are introduced as grafts on infected or vulnerable trees. Experiments are now being conducted across Europe, including by the Royal Horticultural Society and the University of Salford. ‘We should have invited cooperation much sooner – before things got out of control,’ says Corrado Rodio.

An unlikely source of hope, he says, is the wild olive, which is completely resistant to Xylella, and almost unknown now. ‘Unfortunately, they yield little or no fruit.’ He points to the tiny berries on three of the variety growing beside one of the ‘Monumental’ olive trees from Roman times. This species, too, is being grafted onto traditional trees.

Not only for British gardeners and lovers of the finest Pugliese Virgin and Extra Virgin olive oil, there is an ominous warning. Xylella threatens much of the commercial plant economy Europe. And you could be seeing the effect on price and supply across the nation’s supermarket shelves by next winter.