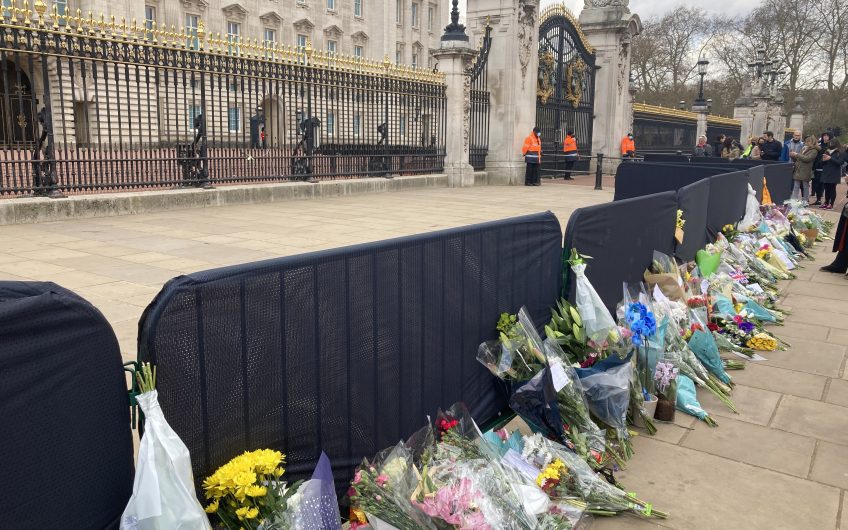 Sombre – but not hysterical – mourners are gathering at Buckingham Palace, says Harry Mount

The scene outside Buckingham Palace this afternoon was moving. Several hundred people gathered next to the barriers in front of the palace gates, laying flowers or quietly reading the messages attached to the flowers.

It's striking that many of those messages came from children – the idea that Prince Philip only appealed to older people is not true.

No one was crying but several people wore black. There was no hysteria - which is only right with a 99-year-old man, who most people outside the palace never knew. It's perfectly understandable why things were different with Diana, Princess of Wales – she was only 36 at the time of her tragic, premature death.

At that time, some said Britain was subject to a mawkish Mourning Sickness, as it was dubbed. In fact, it was a reflection of an exceptional, tragic, untimely, unnecessary accident.

Prince Philip was a great man who'll be much missed by this country. But few people would say his death was a surprise even if it would have been marvellous if he'd made it to 100. So what you see outside the palace is a sensible, measured, melancholy reaction to an inevitable – if deeply sad – event.