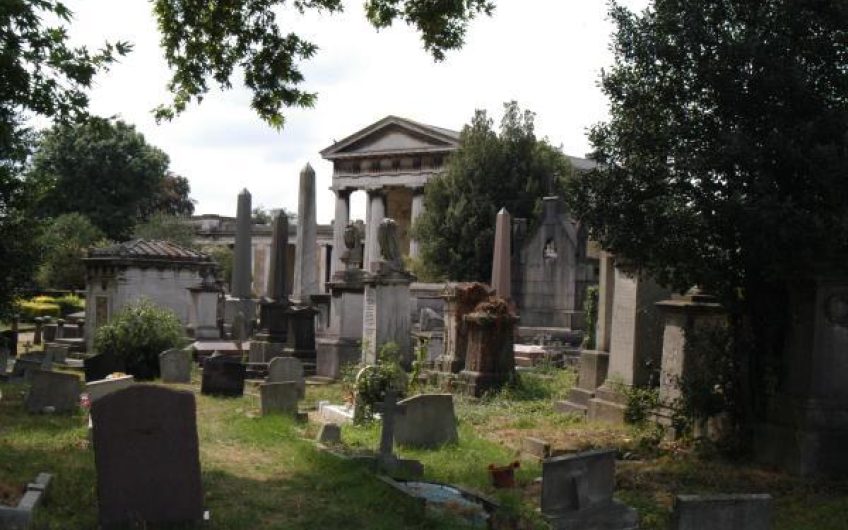 As Christine Keeler’s son seeks a pardon for her perjury conviction, Harry Mount recalls the quiet dignity of her funeral

In death, Christine Keeler was treated with the dignity she never received in life. On a subzero morning in December 2017, beneath a low, dazzling sun, she was cremated in a quiet family ceremony in north-west London, under the name 'Christine Margaret Sloane'. She died from pulmonary disease on December 4, 2017, aged 75.

There was little mention of the 1963 Profumo Affair, when her affair with the War Secretary, John Profumo, rocked the country.

40 close friends and family members gathered at West London Crematorium in Kensal Green Cemetery to hear her son Seymour Platt pay tribute to his mother. Platt, who works in Ireland as a business analyst for an engineering firm, had arranged the funeral with his wife Lorraine.

"I never knew Christine Keeler," he said, "I knew her as Mum, and then as Chris."

Platt recalled his mother's intense laugh and her great commitment to fairness, to standing up to anyone, however big.

Her friend and lawyer Desmond Banks remembered how much she loved reading.

"She had been reading Zola and Daphne du Maurier - but she couldn't stand Steinbeck," he said, "She'd just read The Scapegoat by du Maurier. 'That's significant!,' she said to me, laughing."

Banks recalled how, over her last year, Christine Keeler had increasingly suffered from emphysema in her home in Beckenham, Bromley. But, still, she was full of plans - to move to Notting Hill and go on a cruise with childhood friends.

Desmond Banks made a brief reference to how often the press had got her story wrong in the 1960s. But he concentrated on the joys of working with her from the 1970s onwards, and on her attributes, not least her typing skills. She had started life as a typist before her exceptional looks had drawn her to work as a showgirl in Murray's Cabaret Club in Soho, and the glamorous circle that eventually led to Profumo.

Keeler's granddaughter, Daisy Devine-Platt, read a short prayer of intercession. The order of service was illustrated with pictures of Keeler with her son and granddaughter. The cover showed her in her intensely beautiful youth - the same picture stood in a frame on her flower-decked coffin.

Father Gerard Skinner, presiding at the service, explained how seriously she took her Catholic faith. She kept a rosary at the end of her bed. The service was introduced with "Ave Maria" - "A hymn to a mother," said Father Gerard, testifying to Keeler's maternal devotion. Hymns included "Morning has broken" and "Abide with me", along with Psalm 23, "The Lord's My Shepherd".

As the curtains fell around the coffin before the cremation, The Skatalites' 1967 ska song, "Christine Keeler", rang through the classical chapel.

That was one of the few references to the extraordinary celebrity of Christine Keeler, as recalled in the new BBC1 series, The Trial of Christine Keeler. Her affair with Profumo took place in 1961 at Cliveden, the Italianate palace on the banks of the Thames, owned by Viscount Astor. Keeler also had an affair with the Soviet naval attaché, Yevgeny Ivanov, leading to security worries.

When his affair emerged, Profumo lied about it to the House of Commons. The lie led to his resignation. Harold Macmillan resigned as Prime Minister, on health grounds, not long after, in October 1963. The affair contributed to the Conservative Party's defeat by Labour at the 1964 general election. Keeler herself was sentenced to nine months in Holloway Prison after pleading guilty to obstructing the course of justice and perjury in the trial of a boyfriend Lucky Gordon, who had attacked her in 1963. It is that conviction that her son is seeking a pardon for now.

In the end, Christine Keeler outlived them all. Stephen Ward, the society osteopath who had first introduced Keeler to Cliveden, killed himself in 1963 after being convicted of living off immoral earnings. Mandy Rice-Davies - the other femme fatale in the Profumo Affair - died in 2014, aged 70. Profumo died in 2006, aged 91, having given over his life to good works at Toynbee Hall, an east London charity.

The funeral of the last major figure in the Profumo Affair began at 10am at John Nodes Funeral Directors in Ladbroke Grove, Notting Hill.

Christine Keeler's coffin was placed in a stencilled, glazed, Victorian hearse pulled by two blinkered, chestnut horses, their black plumes shaking as they coughed in the icy morning air. The sides of the hearse were decorated with two large floral tributes, saying, "Christine" and "Grandma". After the service, the congregation viewed the floral tributes. The family had asked that charitable donations should be made to The Donkey Sanctuary or another animal charity, in memory of Keeler, a keen animal-lover.

A tall, slim funeral director in top hat and tails led the horses up Ladbroke Grove, slowly bowing to the coffin before he climbed aboard the coach pulling the hearse. Three limousines carried close friends and family for the 20-minute journey to the crematorium.

Passing cars slowed down and builders on their tea-breaks stopped and stared, as one of the most famous women of the 20th century made her last journey along the Harrow Road to Kensal Green Cemetery. Her coffin was led into the crematorium under a grand portico, with the Latin inscription, "Mors Janua Vitae" - "Death is the Gate of Life."

"The ceremony reflected what Christine had sought for so long, in that it was a warm, loving and, most importantly, a gentle farewell," said one mourner, her friend Douglas Thompson, who co-wrote her memoir, 'Christine Keeler - The Truth At Last'. "She had a tough life and survived quite an emotional battering over the years. Her funeral was the antithesis of that."

"The wounds from the Profumo scandal never healed and, although some were self-inflicted, she suffered far too much for a teenaged girl being seduced by a much older man. With her funeral, it was, for once, all about her as a person, not the perception.

"As I sat through the friendly ceremony, I thought she’d finally escaped her demons and could at last relax. But, of course, they’ll never bury the legend. All that’s happened is Christine’s no longer living it."