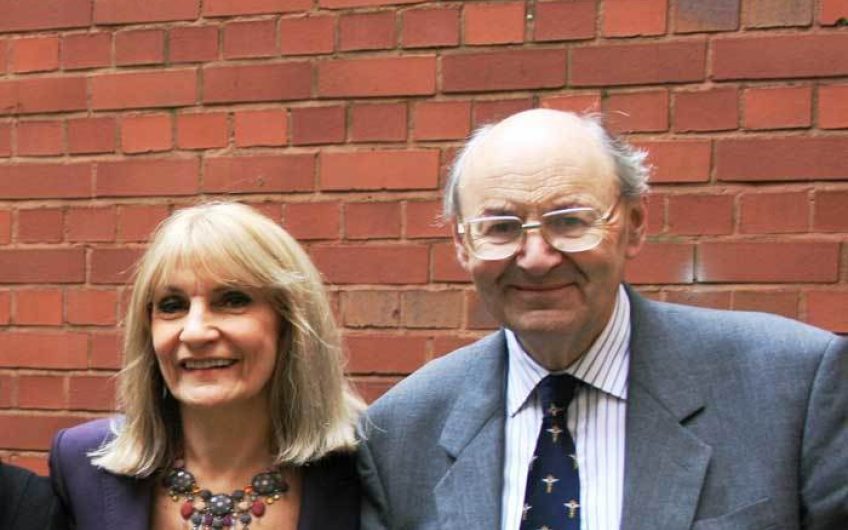 Remember Richard Taylor, the 2002 Oldie Campaigner of the Year? He was that tall, distinguished doctor who beat the odds at Wyre Forest in the 2001 General Election and sent the safe Labour candidate packing. A rank outsider, he won the seat with an 18,000 majority, becoming an independent MP on a single issue – to save his local hospital from closure, thus upholding the ethos of the NHS.

Reelected in 2005 as the Independent Community and Health Concern (ICHC) party candidate, he then lost the seat at the last election. The good news is he’s back to fight another election, and this time he’s not alone in his battle against the forces of parliamentary lust for privatisation.

Seven years ago Dr Taylor and oncologist Clive Peedell founded the National Health Action Party (NHAP), which put up medical professionals as candidates in 2015 to combat the impending destruction of the NHS. Taylor represented ICHC and the NHAP.

The NHAP was formed to combat the slide into privatisation that heralds the fragmentation and demise of the NHS – a demise which has been spurred on by cross-party zeal for the restructuring excesses of the Health and Social Care Act. On the subject of that contentious legislation, Taylor quotes from the NHAP’s constitution: ‘The Act will transform a cost-effective public system of health care into one that will be more expensive, wasteful and unequal, whilst diminishing levels of trust and corroding standards of ethical behaviour.’

Born in Manchester and brought up in Yorkshire, Taylor comes from a line of medical practitioners on his mother’s side. Two uncles were doctors, another was a dentist, his grandfather was a GP and great-grandfather an apothecary. Taylor wanted to be a doctor since early childhood.

Setting aside his coffee cup at a table in the Royal College of Physicians café in central London, he flips open his laptop to check one of many quotes with which he punctuates his discourse. ‘Government and cooperation are in all things the laws of life; anarchy and competition the laws of death: Ruskin,’ he says, gently replacing the laptop lid. Gentlemanly, good-humoured, easy-going, empathetic and intellectually agile, you can imagine what a good doctor he would be.

But beneath his genial exterior his determination to rescue the NHS is fuelled by passion and rage. His crusade began in 1999 when Kidderminster Hospital, where he had worked as a consultant for twenty years before retiring in 1995, was under threat. The former Labour administration planned to close its A&E department to make way for local PFI ventures, plans for which were driven through after a sham consultation which failed to explain the dangers of PFI, dubbed by Labour at the time ‘the only show in town’. That show is now bankrupting the NHS.

A floating voter, Taylor defies political labelling. He doesn’t mind being seen as a revolutionary but doesn’t want to be known as a radical left-winger. ‘Do it through the ballot box,’ he says. ‘It’s the ultimate weapon for ordinary people against authority.’

Taylor remains optimistic about the NHS but warns that we are ‘on the edge of a precipice’. Why shouldn’t we believe politicians who say we can’t afford the NHS and the only solution is market economics, I ask? Referring to work he was doing on the parliamentary health committee just before he lost his seat, Taylor says: ‘It’s not true that the NHS is unaffordable. On the health committee we were looking at value for money and found out that every year we hand back two to three billion pounds on underspend. We also worked out we could save twenty billion pounds a year by doing things differently. One of my greatest regrets about not getting back last time is that I wasn’t there to draw attention to this – it could have told the incoming government what to do to improve the NHS. One almost feels the government wants the NHS to fail in order to push it to privatisation.’

Taylor is under no illusion about the power of the ‘modernisers’ who are forging ahead to make competition the new bedrock of the NHS. He instances the ruthlessness demonstrated in March by health secretary Jeremy Hunt. When NAHP and the people of Lewisham took Hunt to court to stop him forcing closures in their local hospital to plug debts, partly resulting from PFI deals elsewhere in Lewisham, Hunt introduced an amendment to the Care Bill currently before parliament. The amendment, clause 119 of the Bill, creates new powers for trust special administrators (TSAs), allowing them to close down any hospital or part of it, with very little notice, in order to pay for other local failing services. The TSAs can also overrule the clinical commissioning groups (themselves a major element in privatisation).

As the big beasts of parliamentary left and right square up for the election in 2015, does Taylor think shadow health secretary Andy Burnham will hold to his pledge to save the NHS and repeal the Health and Social Care Act? ‘The great snag on the horizon,’ says Taylor, ‘is the Transatlantic Trade and Investment Partnership, an EU/US trade agreement.’ Under this agreement, Taylor explains, private US companies can move in on the NHS and will be able to sue the UK government if NHS contracts are cancelled. Discussions are secretive. Lobbyists have excessive influence. ‘Unless the NHS is exempted from that trade agreement, it will make privatisation of the NHS irreversible. Many people are entirely unaware of this,’ he says.

Doctors make good politicians because they listen, says Taylor. ‘That’s why the word surgery is so apt.’ Medical professionals regularly approached him during his time as an MP. ‘The blood clotting experts from St Thomas’ wanted to discuss raising the profile of avoidable deaths caused by blood clots following surgery. So we had a health committee enquiry, produced a report and the government agreed with every recommendation.’

Dr Taylor will be eighty in July. Seeing him with his glamorous wife Chris and lovely 26-year-old daughter Georgina, you can tell they keep him young, teasing him, making him laugh. Taylor says his marriage is idyllic. A previous marriage ended when the youngest of his three other children – all now in middle age – was sixteen.

Medicine aside, Taylor’s greatest passion is for bird watching. ‘Chris and I go to Portugal, north of Lisbon, and last time we saw a squacco heron perched in a tree three yards from us – absolutely marvellous. And a black-shouldered kite. And have you heard of the black-winged stilt? Sometimes I get fed up and I think why don’t I just retire and watch birds?’

He also likes making Airfix models and building things with Lego Technic. ‘It’s fabulous!’ he says when I laugh. ‘Do you realise Lego bricks are made to a tolerance of two microns?’

After the interview we went to Cavendish Square and chatted as he sat on a bench and I took some pictures, pigeons pecking around his feet. ‘Do you know that wonderful Bryce Courtenay quote?’ he said. Flipping open the laptop again and squinting into it he read: ‘“Dare your genius to walk the wildest unknown way. Go where you’ve never been before. Dream up a destination, a path to follow, the wildest unknown way. Dream the impossible dream and start walking towards it.” Isn’t that superb?’