The Duke - at last, a lovely film for oldies! By Harry Mount 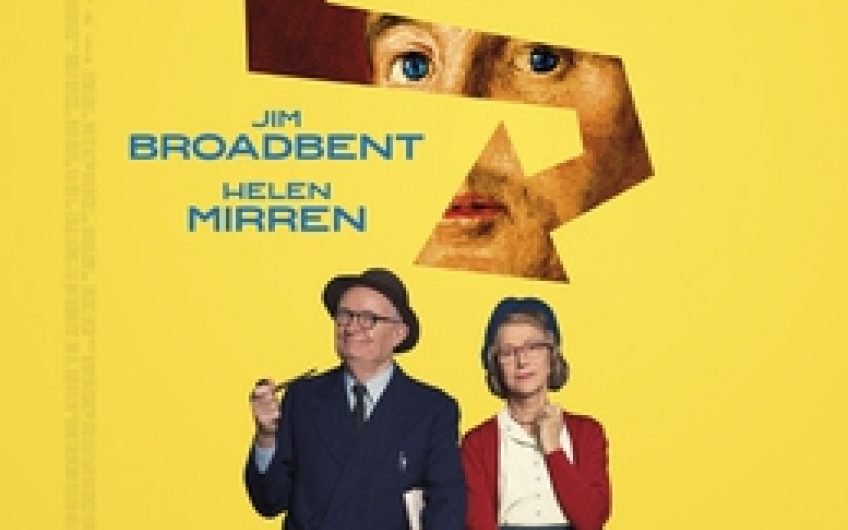 At last, a jolly British film about oldies, played by oldies, that’s perfect for an oldie audience!

In what must be a world first for films, both the actors playing the two leads, Helen Mirren, 76, and Jim Broadbent, 72, are over a decade older than the real-life characters they play. Hollywood prefers to dunk real people – particularly women – in the fountain of youth. How refreshing to move in the other direction.

And what juicy, archetypally British characters those real people are in this film. Kempton Bunton (Broadbent) – has there ever been a more English name? – was the 57-year-old Newcastle bus-driver who allegedly stole Goya’s Portrait of the Duke of Wellington from the National Gallery in 1961.

Bunton was incensed at the nation paying £140,000 to buy the Goya, not least because he was outraged at having to pay the television licence fee out of his modest income. Four years later, Bunton voluntarily returned the picture and gave himself up (having failed, in return, to secure a £140,000 payment to poor pensioners to pay their TV licence fees).

In Bunton’s trial, where he was represented by legendary lawyer Jeremy Hutchinson QC (a suave, gentlemanly Matthew Goode), he was only convicted of stealing the picture frame, which was never returned. Because Bunton had returned the actual painting, Hutchinson cleverly argued, he never intended to steal it. As a result of this nimble defence, Bunton only served three months for theft.

In a marvellous twist, a National Archive file revealed as late as 2012, that it was in fact Bunton’s son, John, who’d stolen the picture. He’d crept into the National Gallery, via its lavatory, in the early morning, when the alarms were deactivated for the cleaners.

It’s a dream plot for this most British of caper movies: the tale of the humble little man up against the might of the bamboozled Establishment. What’s more, the little man gets away with it, fooling the police, who thought a brilliant master-criminal must have been responsible.

Not surprisingly, a story with such a perfect plot was also huge news at the time in 1961. The stolen Goya featured in a lovely scene, borrowed for this film, in Dr No (1962), where Sean Connery spots the portrait in Dr No’s lair.

Director Roger Michell and writers Richard Bean and Clive Coleman have a wonderful time injecting what was a very serious crime with just the right element of knockabout comedy, heightened by a 1960s jaunty jazz soundtrack, retro credits and scenes drenched in vintage colours. The rundown back-to-backs of Newcastle and the splendours of the city’s classical buildings around Grey Street are beautifully captured.

There are moments when you think a thief, however noble his motives, shouldn’t be treated as quite such a hero. And there are some longueurs in the court scenes. But these are minor quibbles that shouldn’t take away from the sheer pleasure of this gentle, uplifting, easy-going comedy.

The part of Kempton Bunton could have been made for Jim Broadbent – with all his misplaced optimism, loopy confidence and touch of crazy virtue. Not only is his Geordie accent spot on; it also gets all the teasing irony and steely sharpness that so often accompanies the accent.

But the stand-out star is Helen Mirren – could this be her second Oscar-winning performance as Elizabeth II in The Queen (2006)? She is pitch-perfect as Bunton’s wife, Lilya, driven to distraction by the political obsessions that stop him earning a proper living. In an extra twist, it emerges that their daughter had been killed in a bike accident, deepening the wrinkles in Mirren’s worried face.

When you’re used to seeing a superglam Helen Mirren on film or in age-defying bikini shots taken by paparazzi, here she is utterly worn-down, scrubbing the lav for all its worth. In a minute tremble of her lips or a tiny twitch of the pouch below her left eye, she communicates concealed oceans of agonised worry.

In one scene, she pours all that worry into a furious bout of knitting. With her blurred fingers twisting and turning with anxiety, Dame Helen sure knows how to knit one, purl one.

A spring poem - by Isabel Raphael