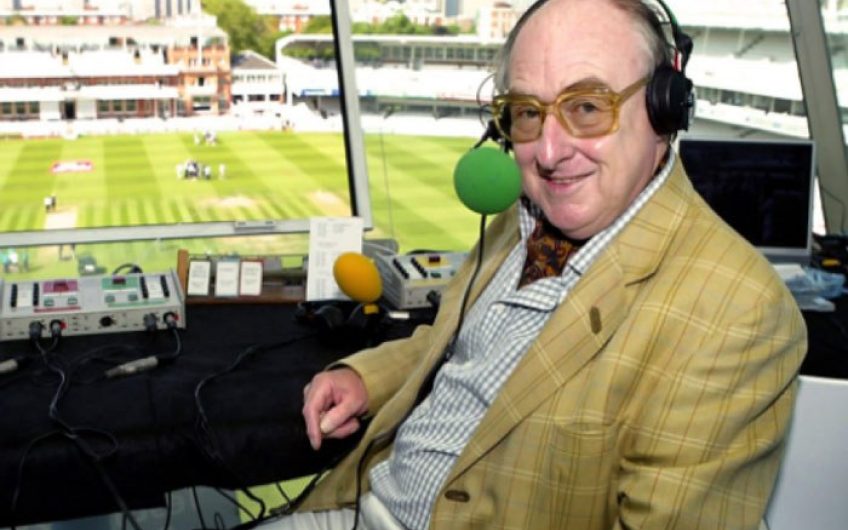 It may be a difficult choice, but Blandings has always had my vote over Jeeves.

Beach the butler, bringing Clarence, the 9th Earl of Emsworth, his first whisky and soda of the evening in the rose garden, walks across the lawn ‘like a procession of one’. I remember Bernard, Duke of Norfolk, doing much the same when he came out to bat at his cricket ground at Arundel Castle. Of course, Jeeves was not a butler and nor was he quite a procession of one, either.

Blandings and its messuages, usually full of impostors, had a habit of sleeping in the afternoon sun – ‘when Nature seems to unbutton its waistcoat and put its feet up’. Now that my time is up in the commentary box, I hope I shall be doing a little bit of that, too. It is time to read Wodehouse again – and the Blandings books will be at the top of the pile.

The characters come thick and fast, as they do in all Wodehouse novels. Clarence, the 9th Earl of Emsworth, is the ultimate gem of aristocratic absent-mindedness. And Lady Constance, his bossy sister who runs the castle, is well up to scratch as far as Wodehouse’s feisty aunts are concerned.

The Hon Galahad, Emsworth’s brother, who much prefers the fleshpots of London and Baribaults Hotel, is an agreeable rake – the hero of the servants’ hall at Blandings, he wears a meaningful eyeglass.

An intermittent visitor is the Honourable Freddie Threepwood, Lord E’s younger son, who always tries to touch his old man for a bit of cash – and never succeeds. The Hon Freddie sees to it that the British aristocracy continues to look with a somewhat jaundiced eye on its younger sons.

Then comes England's premier stinker, Alaric, Duke of Dunstable, whom Lord Emsworth had 'disliked dreamily' for 47 years. He was always in the business of stealing the Empress of Blandings, Lord E's champion fat pig, whose well-being was his only concern.

There are six wonderful short Blandings stories in Blandings Castle and Elsewhere [1935]. In the first, we come across Clarence in his mercifully brief pumpkin-growing stage. Wodehouse will have seen that not a great deal can be done with pumpkins. Having established that Emsworth was an addictive character, he switches him over to pigs, who are much more jolly.

The Empress of Blandings is one of fiction’s more splendid animals, as she grunts and snortles away in her luxurious sty with all mod cons – or most of them – provided. She became the dominant influence at the castle, especially as she was so actively despised by the vituperative Lady Constance.

‘Jno.’ Robinson is on hand to drive us in his taxi from Market Blandings station to the castle. We must not forget the famous Blandings library with its copy of the Gutenberg Bible – which has made more than one serious American tourist try to buy a rail ticket from Paddington to Market Blandings.

The Empress of Blandings’s rival, the Queen of Matchingham, lives nearby in equally luxurious lodgings, at the neighbouring Matchingham Hall, seat of that scurrilous bounder Sir Gregory Parsloe-Parsloe, 7th Baronet, who stops at nothing to win the Fat Pig Class at the Shropshire Agricultural Show.

The prize-giving at the school in Market Snodsbury by the outstandingly drunk Gussie Fink-Nottle in Right Ho, Jeeves [1934] is generally thought to be as funny as it gets in Wodehouse. I don’t agree. I think the story in Galahad at Blandings [1964] is funnier still.

One evening, before getting into bed, Lord Emsworth goes out in his dressing gown to catch a last glimpse of the Empress. After a long, lingering look at his sleeping pig, the amiable Lord E, trying to get back into the castle, finds he has been locked out. After a while – and what passes for thought – he realises that the French windows in the garden suite may be open. He has forgotten that the Duke of Dunstable – at his own insistence, of course – is ensconced inside. After shuffling round the castle, Lord Emsworth finds the French windows open. He proceeds to wake up the duke, by tripping over a cat and bringing down a noisy table as he falls.

The goings-on become hysterical. They are improved by Osbert Lancaster’s splendid dust wrapper, depicting a furious, walrus-moustached Dunstable – in bright yellow pyjamas, with a purple coronet embroidered on the pocket, with D underneath it – gripping a bottle of Vichy water.

A startled Lord E – in a dishevelled brown dressing gown, looking more like a damp sock than ever – is peering myopically at the duke. There is a conceited black cat and a fallen table on the floor beside him.

The Duke of Dunstable’s attitude was like Fred Trueman’s when an umpire has just turned down one of his more ferocious appeals. He is about to bean Lord Emsworth with the bottle. Somehow, Gussie’s speech at Market Snodsbury was more predictable.

After all this, I have left out George Cyril Wellbeloved, Lord E’s most knowledgeable pig man, and Angus McAllister, his head gardener. Both of them were more than a match for their employer.

My Dear Old Things, what a splendid Wodehouse collection to help steer me now towards the proper job I’ve been lucky enough never to have.

The liquid chocolate beauty of the Elgin Marbles - Harry Mount