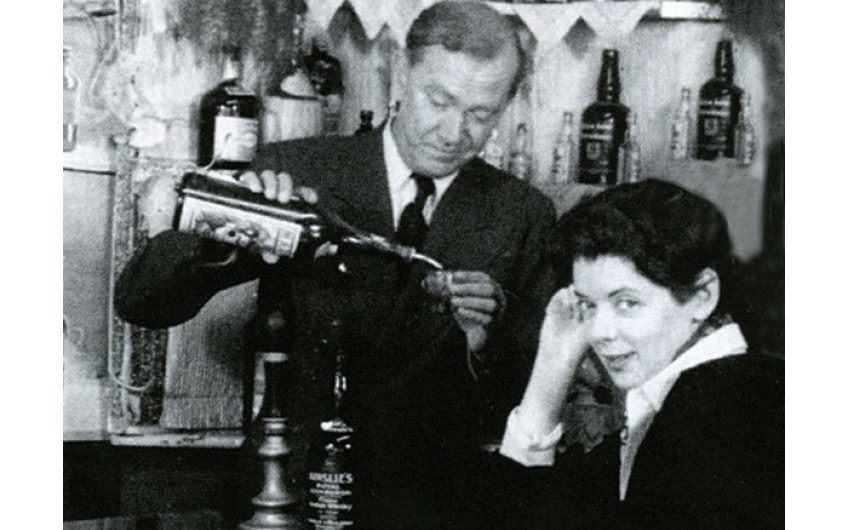 I knew Graham Greene from 1951 until his death in 1991. I have always thought that I knew him well – until quite recently, when he re-emerged as a child-hating Lothario, consumed by an obsessive and jealous passion for Catherine Walston. On television, in print and on the radio, we have been regaled by William Cash and the relics of the Walston family trotting out their recollections of a dour, ill-tempered manic depressive who insisted on having his newspaper ironed if it had been touched by any other hand. Even the BBC connived at the dishonesty inherent in all this reassessment by showing what purported to be the dedication at the front of The End of the Affair: ‘To Catherine’ was spelled out across the screen, yet in fact the dedication simply reads: ‘To C.’

I have not read William Cash’s The Third Woman (‘The Secret Passion that Inspired The End of the Affair’ is its unwieldy subtitle), and since I declined to be interviewed for it I have no right to quibble. But what secret passion is he writing about? Surely not the very open affair Graham and Mrs Walston conducted for a decade.

Graham and I met on the opening day of the Festival of Britain, at a party given at the Institute of Contemporary Arts by the National Book League. I arrived with Freddie Ayer. Graham was standing inside the first room and on the threshold of the second, an unenviable scrum of the great, the good and the mediocre. Freddie – one sniff of the elephant shit – was off to join the throng, having first introduced and abandoned me to Graham. We stood idly talking: I looked into Graham’s empty glass, took it from him and said, ‘If you promise not to move I shall get you a refill.’ He promised, I returned with both our glasses generously topped up, and we continued our conversation. The evening continued at Wilton’s restaurant in Jermyn Street. Before leaving the party Graham had scanned the inner room for someone else to ask to dinner. ‘How about Rose Macaulay?’ he asked. ‘Oh yes, I like her,’ I replied. Graham was then forty-six and I was twenty-six – it always seemed to me to be a mathematical conundrum that the twenty-year difference in our ages should have remained constant when it appeared so limitlessly inconstant.

After dinner Rose packed us all into her tiny car, more like a treadle sewing-machine than a car, and intrepidly set off to show us the Festival lights, driving the wrong way down a one-way street. Every other motorist honked and shouted at her as she continued imperturbably, no hint that she might possibly be wrong in her gothic features, no disturbance to the grey ruched velvet toque crammed onto her head. We went back to Graham’s apartment in St James’s Street for the life-giving support of whisky-and-soda. My memory of the rest of the evening is enfeebled by the passage of time, but I do recall remarking that I always confused The Heart of the Matter with The Death of the Heart. Freddie tut-tutted and frowned, but Graham just gave me a rueful smile.

The following evening at the Coq d’Or Graham and I continued our conversation while Freddie and Solly Zuckerman wandered the groves of academe. During dinner my wandering hands were aching to steal into Graham’s. We went on to the Festival, where I was overcome by hiccups. Graham and I arranged to meet for lunch the next day. I was suffused by guilt and had a hangover; I didn’t have Graham’s telephone number, so I rang directory enquiries and asked them to get on to his St James’s Street flat and see if he would accept my call. By the time we were connected he was laughing and said, ‘I tried to give you my telephone number last night but you scorned it.’ We decided to meet the following week instead.

Astonishing as it now seems, it took us until 1953 to go to bed together – Graham was occupied by Catherine Walston, I by Freddie Ayer. I grew to love Graham before we became lovers and before I fell in love with him. We passed the next two years lunching and dining, going to the cinema and the theatre. He taught me about the traditions of the London music halls which were dying around us. We exchanged thrillers and detective stories, and he introduced me to Rider Haggard. I can still see the dark green bindings with gilt lettering, and She remains one of my favourite novels. Both afflicted by hay fever, we swapped anti-histamines to alleviate the symptoms of stuffed-up noses and inflamed, tear-drenched eyes. Then suddenly the gear changed, and we became enthusiastic bedfellows. ‘We could marry,’ he said. ‘I could get a divorce and we’d have a civil wedding.’ ‘Oh, Graham, you don’t have to go through all that rubbish for me.’

He flew off for a holiday with Catherine, writing a long letter from the plane and using the word ‘like’ instead of ‘love’ – ‘The trouble is I like you and I like her too.’ When he returned I asked him if he’d been serious about marriage: ‘I was never more serious in my life.’ In retrospect, I think he was beginning to try to escape from Catherine.

Catherine and I only met twice. Graham brought her for a drink to Freddie’s flat over a bootmaker and tailor in White Horse Street, Shepherd Market. Again the rueful smile as he followed her up the lino-covered stairs to the entrance. ‘You are having an affair with that girl,’ she said as they left, Graham told me later. The next time was Coronation Day, when she scrambled over the adjoining iron balcony from the Walstons’ flat to Graham’s in St James’s Street to talk to Kitty and Malcolm Muggeridge. Graham was away. I liked her better that time – her bare feet and jeans suited her more than black silk and mink – but she was no beauty.

I loved the womb-like safety of St James’s Street, the ever-expanding collection of books, the paintings I shall always associate with him: a large Jack Yeats of horses and their riders, predominantly cadmium orange and ultramarine; the only Lowry that ever really moved me, a seascape with not a cockroach-like figure in sight, the impasto uniformly heavy and beautifully painted. There was also a small Italian primitive of a procession of soutane-clad priests, their round-brimmed hats on their heads, walking in single file across the canvas, their rosaries swinging like beaded bags from their waists. I painted a companion piece of nuns on a beach – armed with telescopes and ropes going to the aid of a shipwrecked boat.

Alone of all the men I have ever known, Graham was never assailed by the ‘What shall I wear today?’ syndrome. His wardrobe was reduced to a spartan, well-tailored simplicity. Three identical grey suits, three identical dark red ties, one black for funerals and God knows how many cream silk, collar-attached shirts. He was able to get up, bath and dress while thinking of something else.

He infected me with a passion for Guerlain’s geranium soap – large curving cakes of warm, pinky orange, wrapped in silver paper and thin pleated tissue paper.

When the lease for St James’s Street was drawing to an end we set off to search for somewhere else. The first place, owned by the playwright Denis Cannan, was on the south bank of the Thames, a double bow-fronted Georgian house of very fine proportions. On the way there in a water taxi Graham grew excited by the idea of owning a speedboat and travelling backwards and forwards by river – this from a man who never learned to drive a car. However, neither of us felt adventurous enough. Ultimately ‘C6 Albany’ became available, a fiendish stone staircase leading to a generously proportioned set of rooms.

We continued to eat our way round London restaurants.

I never much liked Rules, but the Café Royal Grill Room and Simpson’s in Coventry Street – where, from the first floor, one could look at Piccadilly Circus and down the Haymarket while the oysters and Black Velvet effortlessly slid down – were my preferred haunts. Best of all I liked the Connaught, handy for Farm Street and Sunday lunch after Mass.

Our affair, so long in starting, gradually peaked, and then quietly diminished into an ever more loving friendship. After me he had an amitié amoureuse with Margot Fonteyn, and then came Anita Björk.

The night before he left England to take up residence in France we dined together at the Ritz, where we had so often met for drinks. His going left a huge gap. He had an apartment in the Boulevard Malesherbes in Paris and one on the seafront in Antibes. Gradually the sea withdrew and was replaced by a parking lot, with the Mediterranean beyond. We met briefly once more, downstairs in the Ritz Bar. He was looking sunburned and happy and talked for the first time of Yvonne Cloetta. ‘I’d like to meet her,’ I said. ‘She doesn’t want to meet you.’ Yet again the rueful smile. I was profoundly shocked. We were joined by Clive Donner, with whom I was living and subsequently married. I introduced them, and the three of us dined together. Clive asked Graham if he was in a state of grace. He paused a long time before saying, ‘No.’ Graham stayed with Yvonne Cloetta until he died, and I, thank God, grew more attached to Clive by the hour.

Graham remained a most beloved friend – abidingly loyal and affectionate. One of the pleasures of going to the South of France was to meet him at La Résidence des Fleurs for a drink and then cross to Chez Félix in the port for steak and pommes frites. This stooped, gentle man was in no way recognisable as the ogre presented in the television programme featuring Catherine’s sister, her son and desperately angry daughter. I could not make out what Graham had done to anger her so much: surely the sins were Catherine’s, sins of maternal omission and absence. Perhaps the hero of the whole saga was Harry Walston.

I burned most of Graham’s letters to me. The few that remained I recently gave to Nick Dennys, the son of his favourite sister, Elizabeth. Nick now occupies the role of friend once held by Graham. I still keep the copy of a letter Graham wrote to Freddie: ‘…Jocelyn has always behaved like a gentleman…’ They are dead now, and I have no need to continue behaving like a gentleman, but it is the only compliment I was ever delighted to receive.