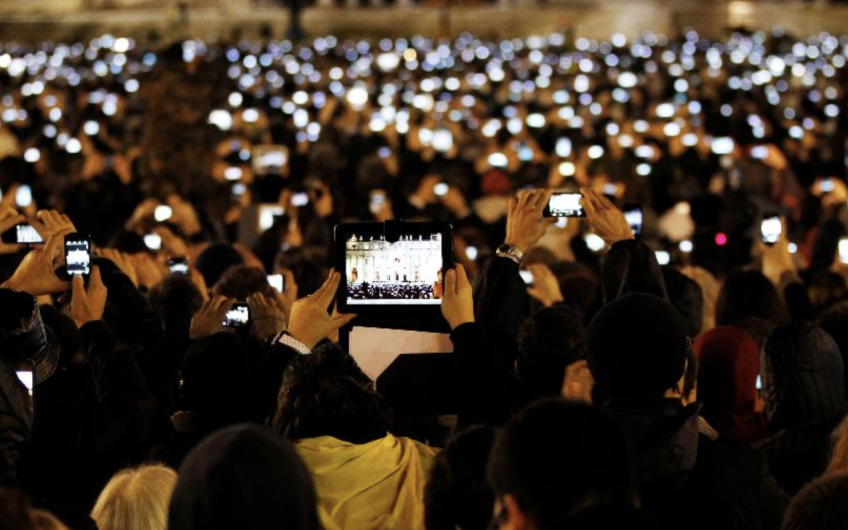 Research just published in the Proceedings of the National Academy of Sciences suggests that the more we rely on interaction with others, the less likely we are to think creatively; and the Times draws the straightforward conclusion that ‘smartphones are making us stupid’.

In the new issue of The Oldie Matthew Webster highlights the ways in which smartphones certainly seem to be increasingly getting in the way of experiencing real life.

You might think his description of someone watching a Wimbledon tennis match on their phone while actually sitting at that very match at Wimbledon takes some beating.

But that’s nothing. When I took a bus the other week from Athens airport to Piraeus, a young British couple got on and sat opposite me. As soon as their bottoms hit the seats, they slouched back, took out their phones and put on their headphones.

While I did the old-fashioned thing of looking out of the window to see something of the Athenian townscape and still, after decades of travelling, feeling that little thrill that comes from being on the road in another country, these kidults followed the whole journey on their phones. They never spoke to each other, but occasionally showed each other their phones and smiled.

They were possibly having a great time – but why had they bothered coming to Greece? They could have stayed at home and watched the whole trip – maps, pictures, information – on their phones.

Is there a generation of people who are actually oblivious to the existence of real reality – as opposed to virtual reality? And what will they do when the Russians or whoever carry out a cyberattack that disables every smartphone in the country?

One hopes they might be able to read a map – if they can find one – but, otherwise, how are they going to be able to get from A to B in the real world?