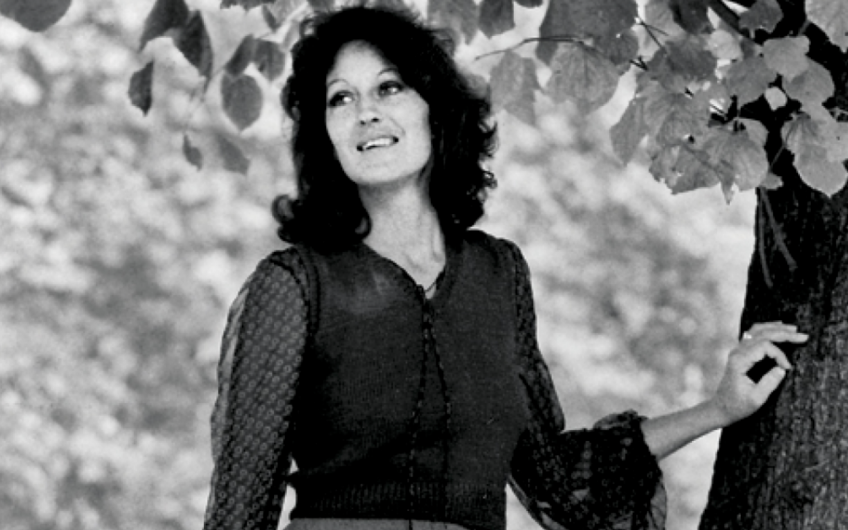 In defiance of Whitney Chadwick’s Women Artists and the Surrealist Movement, I continue to harbour the heretical notion that the women of surrealism, besides being young, slim (always) and rich (often), were for the most part entirely misled about the degree of their artistic talent.

Women who spend their lives illustrating an autobiography in which they are forever young and surrounded by angels or adoring animals, appear to me to be performance artists rather than painters. To such sour misgivings must be added a deep dislike of the abuse of the word ‘surreal’ as in The Surreal Life of Leonora Carrington.

Joanna Moorhead began to visit the 89-year-old Leonora Carrington in Mexico City in 2006 because Carrington was the daughter of her great-aunt, and the black ewe of their Catholic family. Moorhead tells us that Carrington’s Catholicism was always central to her world view but does not discuss whether she lost her faith or simply decided to be a great sinner or how, or if she avoided pregnancy until 1946, when she was nearly thirty. We are told she had many lovers but the only ones named are Max Ernst and later Octavio Paz – an affair that would only be worth recording if it had meant something to either or both of them, which apparently it did not.

The leitmotif of Moorhead’s account is that Carrington was always her own woman, but the facts of the case hardly justify such a view. Carrington bolts from home to act out the role of the femme-enfant of Max Ernst, and grows up to be the wife of, first, Renato Leduc and then Emerico ‘Chiki’ Weisz, and the mother of two sons. Her Catholic parents can hardly have expected more than that her sons would be the centre of her life, as Moorhead says they were, though one might beg to differ. Getting them to and through university must have been a heroic struggle but we are not told how their parents managed it. While the boys were at university, their mother took off for the US, which is not all that unusual, but she stayed away for 25 years, during which time both of her sons married and had families.

Moorhead also expects us to believe that Carrington’s life was lived in the service of her art. In fact, her oeuvre is very small; for a painter who retained her faculties until she was in her nineties, a few hundred works (supposing there are so many) does not amount to a full-time job, even when there are two children to bear and rear. Carrington claimed that she painted for herself rather than for sale, but even so she sold all but the three paintings that she kept in her locked bedroom when Moorhead first visited her in Mexico City.

Joanna Moorhead writes for the Guardian ‘mostly about parenting and family life’, so we can hardly expect her to enter into the minutiae of how Carrington made her paintings, beyond repeating the artist’s fairly predictable claim that, after the birth of her first child in 1946, she painted ‘with the baby in one hand and the paintbrush in the other’. It is not until thirty pages or so from the end of Moorhead’s text that we learn that Carrington’s favourite medium was egg tempera. On his first visit to Carrington’s studio in 1946, Edward James noticed ‘a number of gesso panels’; nevertheless, Moorhead invariably refers to her works as canvases. ‘The Giantess’ of 1947 is definitely painted in egg tempera on a wooden panel, as is ‘Ulu’s Pants’ of 1952.

Two paintings held by the Sainsbury Centre in Norwich are both dated 1947, but one is described as oil on board and the other as oil on canvas. A review in the Times of a show in 1960 describes Carrington’s way of working: ‘She builds her pictures layer by layer, rubbing down constantly with sandpaper’, which would seem odd if she was working in oil on canvas but is hardly less odd if she was working in tempera.

There is a great deal more work to be done before Carrington can be said to be being taken seriously as an artist. (The catalogue raisonné begun by Salomon Grimberg in 2007 has yet to appear.)

Meanwhile, we must ask whether Carrington took herself seriously as an artist. She didn’t seek critical attention and didn’t care to explain her pictures to people who thought that her gallimaufry of imaginary creatures might mean something. Her subject matter was always, and in every medium, herself, but she apparently didn’t care if no one understood it but herself. She refused to allow journalists to interrogate her, even when one of them was her cousin, so it is unsurprising that Moorhead can add nothing to our understanding of exactly what it was that Carrington thought she was up to.

Carrington herself did not keep letters; it seems that the people she wrote to did not keep her letters either, except for Edward James, who was her patron. Eleven boxes of their correspondence are preserved in James’s archive at West Dean but Moorhead makes scant use of them.

In 2009, ‘The Giantess’, sold by Carrington to James in 1947 for $500, was sold at Christie’s to a private collector for $1,483,500, which could mean that a process of genuine revaluation has begun. Or maybe billionaire collectors are paying over the odds for works that mean something to them.

It will be remembered (alas) that, in 1994, Madonna released a video album that included a track called ‘Bedtime Story’, in which many of the visual clichés of surrealism were revisited, apparently in homage to Carrington and Remedios Varo. (As an unwitting contributor to one of the costliest videos ever made, Carrington could have done with some of the vast amount of money that was sloshing around on that occasion.)

Madonna made a great deal in the video of giving up language as useless; the more ironic, then, that Carrington’s most important legacy is not her paintings after all, but her comic novel about ageing, The Hearing Trumpet.