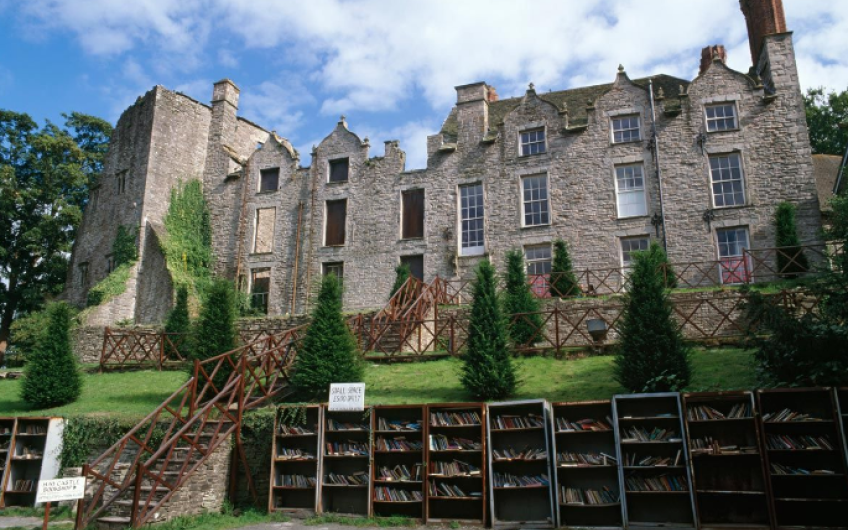 The first Hay Festival began thirty years ago, in 1988. But it all really started with Wilfred Owen when I was seventeen. The language and narrative of his poems knocked me out, and a family friend showed me the letters. My father and I fashioned the last four years of his life into a play, The Pity of War, to perform at school for Armistice Day in 1981.

About thirty people came. One of them was a cousin of someone in my class, and a few months later, on 1st April, this cousin invited me to perform at the City of London Festival that June. I immediately accepted. The show was picked up and reviewed in the FT, and went on an extended tour that lasted on and off for ten years. I played arts centres, school halls, prisons and churches in every county.

In 1993, I got a call from the British Council to ask if I’d go on a tour of the former Yugoslavia. ‘Sure,’ I said. ‘But isn’t it a bit tactless to take a play about the First World War to Sarajevo (which at the time was in a hot war zone)?’

The best gigs were always the festivals, though. I loved the buzz, the celebratory atmosphere of a festival audience who had come together to immerse themselves in plays or music and dance. And I loved the camaraderie of the green room, the crazy festival schedules, the sense that every performance only made sense in the context of all the other parts of the programmes.

How could we do this at home in Hay? We didn’t have a theatre or any building that could hold more than 200 people. But we did have the mountains and the bookshops and a community who like nothing better than to throw a party. My father had run an international Shakespeare season for Sam Wanamaker in a big top at Bankside in the 1970s, long before the Globe was built.