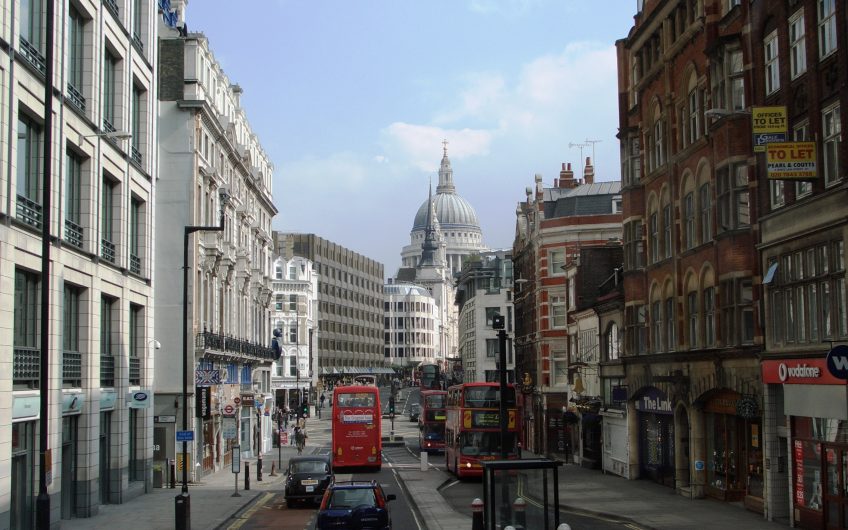 Jocelyn Stevens treated me no differently from any other Lubianka wage-slave and when he told me to fuck off, I very nearly obliged.

But then the worm turned. “No, you fuck off,” I snapped, angrily feeling I was in the right.

“No,YOU fuck off,” shouted Jocelyn, “this is my office!”

It was hard to argue with that, so I allowed myself to be ushered out by Jocelyn's resident nurse who'd rushed in to see what the racket was about. Quite soon after that, I fucked off out of the Daily Express for ever.

It was never easy being William Hickey. Since Tom Driberg dreamed up the column in 1933 there had been, by the time I arrived, 52 editors – I know because I counted. Some lasted for a year or two, but others found the strain too great. One appointee came into the office on a Sunday morning, went home at lunchtime and never came back. Another, Peter Drake, was found sobbing on the office step at the end of his first (and last) working day there.

My predecessor Michael Leapman lasted five months, his predecessor-but-two Alison Miller six. One before her, an Old Etonian called Richard Berens, in the end preferred to edit the column from the safety of Boodle's. Each new appointment as head of 'Britain's best-read column' was hailed by the Editor as an inspired choice but, always, it was only a matter of time before the incumbent found himself spat out like a piece of old chewing-gum.

I knew Sir Larry Lamb was going to fire me when I walked into his office one evening to be greeted by a glass of whisky and a smile on the face of the tiger; it was the only time he ever offered me a drink or invited me to sit down. Later I learned that among my many sins Sir Larry thought I was too posh, which was a bit of a creaser since we were both northerners and his birthplace in Yorkshire (Fitzwilliam) was far ritzier than mine (Preston).

But in those days being Hickey required you to play the old-school-tie to the hilt, and one of the reasons why the otherwise brilliant Leapman lasted such a short time was because he wrote about travelling on a Clapham omnibus and buying a tie which cost a bargain £3. It was an amusing piece, but Hickeys were supposed to arrive with a drawerful of ties (Eton, Harrow, etc) to suit each occasion, and they should never admit to travelling on public transport.

Hickey looked like fun but actually it was just a newsgathering operation like any other. And it did not come without its hazards – a young reporter, Philip Geddes, was duffed up by Richard Harris' minder just for daring to ask a question while the actor necked oysters in Langan's Brasserie. (Later Harris was to congratulate the IRA on their planting the Harrods bomb which killed Philip, but that's another story).

Peter McKay, when in the Hickey chair, found himself being threatened by Sir James Goldsmith for having written a squib or two about him, and when I and photographer Bill Lovelace found ourselves in Paris covering Goldsmith's wedding to Lady Annabel Birley he sent out his henchmen to beat us up (I escaped but Bill got the full work-over).

We sat in a room all day and went to parties in the evening. As Adam Symes sighed in Vile Bodies, there were 'masked parties, savage parties, Victorian parties, Wild West parties, Russian parties, circus parties, parties where you have to dress as somebody else, almost naked parties... and flats and studios and ships and hotels and night clubs and swimming baths. . .'

After a bit I didn't go to the parties any more because I had a wife and children at home and I'd developed an aversion to most of the vile bodies I wrote about – two very good reasons, perhaps, not to be Hickey. But then it had never been my intention to be a gossip columnist in the first place - I'd signed up at the Express to be their dip corr, and while waiting for my predecessor to leave got sucked by accident into the gossip world.

Once there, I loved every moment. Whether I was any good at it others must judge - but The Ritz did not name a cocktail after me for nothing, darlings!

The admirable Christopher Ward appointed me, but that didn't mean he liked what I wrote – I'd stand in front of his desk at 6pm while, stony-faced, he tossed my copy page by page into the waste bin. I’d been his inspired choice, but soon he was off to pastures new (editors of the newspaper disappearing with almost the same rapidity as their gossip columnists) and his replacement was the snarling, bibulous Larry Lamb.

I lasted nine years on the Express, five as deputy or editor of Hickey, and it was the best place in the world to be - though far more alluring to me than the Dorchester or Claridges or Annabel's were the Fleet Street pubs. The Poppinjay [correct] was a wonderful melting-pot once you'd fought your way to the bar past the fat-arsed printers, but I loved the Bell best - its dusty starkness, its swirling ghosts of reporters gone to their deadline. El Vino's was only good for jousting with Nigel Dempster over a two-bottle lunch, always taken standing up.

Which brings me back to Jocelyn Stevens.

The friends of Princess Margaret – Jocelyn was one – decided she was having a rough time of it (as if), and clubbed together to buy her a birthday party at The Ritz. It must have been a slow news day because the Express's main competition, the Daily Mail, ran the story on page one with Dempster's name prominently attached. I saw him that lunchtime and grudgingly acknowledged his scoop.

“Jocelyn told me all about it at dinner the other night,” crowed Nigel. "Didn't he mention it to you?"

That night, for some reason, I was summoned to the Great Man's office.“This is a fucking useless column,” he began. “Fucking boring stories about people I've never even heard of. The trouble with you is you fucking don't know anybody! Fuck off!”

You know the rest.

After a lifetime of typing following his dismissal Christopher Wilson is now, as TP Fielden, a novelist. His Riviera Murders series is published by HQ Books (HarperCollins).