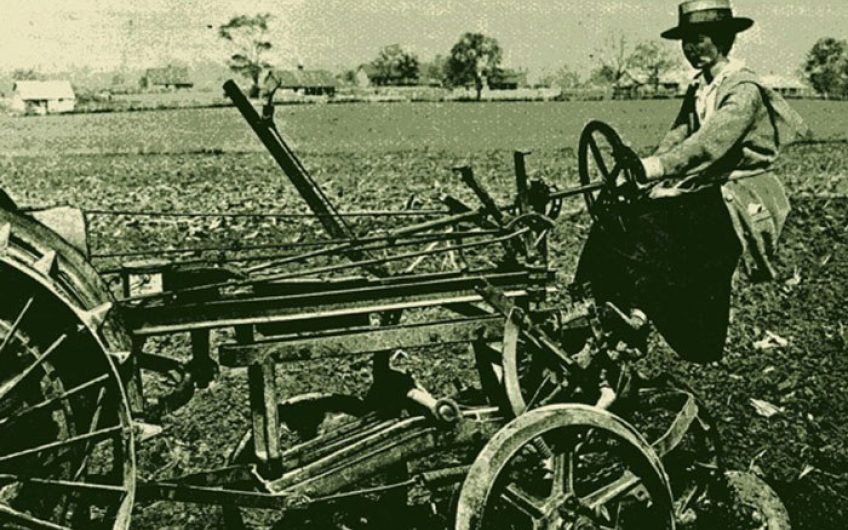 The Guardians, or Les Gardiennes, to give it its proper title, is Xavier Beauvois’s latest venture onto our screens. He achieved critical acclaim in 2010 for Of Gods and Men. And his latest film about a rural family, in France, during the First World War, does not disappoint.

The characters are so vivid that they become immediate archetypes. It isn’t one of those films where ‘Who is that, again?’ is ever uttered.

Each mannerism and each face is immediately distinguishable. You only need to consider two names: Hortense and Francine. Hortense is the matriarch of a rural family, whose men have gone to war, and who has to keep what is left of the family together. Francine is a young orphan girl who is hired to help her. She falls in love with the younger son and is mercilessly betrayed by this traumatised soldier and his overprotective mother.

The men of this family are all poilus – literally hairy. But in historical and propaganda terms, the poilu is the legendary image of France’s First World War soldiery. The elder son is a former teacher and distinguished soldier who is certain of victory. He is the success story of the family, who says no more of the war than ‘It is hard’. His disappearance into the mist-wreathed hedgerows when he returns to the war for the last time is hauntingly similar to the ghostly figures passing into the distance in Longstaff’sMenin Gate at Midnight. He is the best of a generation, taken, leaving only broken men to return home.

There are so many solemn moments in the film – and the movement of the camera is never rushed; every moment is crafted. The church scenes bring the whole community together. While the priest announces the dead, the camera pans, studying the face of each grieving family. The service at which Hortense’s son is named is particularly intense. The black-clad families are shown in the foreground with a rank of blurred, blue uniforms towering behind them, each representing an absence.

You can’t help but feel that scenes do drag at times. And yet, in hindsight, the reason is all too clear. It brings to life the arduousness of agricultural labour. In the intense moments of tragedy, you instinctively want to move on to the next scene. The film forces the audience to deal with the same pain as those who have lost.

Continuity and change characterise the story arcs of the two women at the centre of this film. Hortense has to deal with her son’s death and the capture of her son-in-law. The end of her story sees the latter and her surviving son squabble over the property left by the dead but, as she says, ‘I am happy to see them back to normal.’

Francine’s story is so much more interesting for taking the opposite route. It is characterised by change and, by the end of the film, the change is total. Nowhere is this more clearly expressed than through her singing. She sings throughout the film but, at the end, after all she has been through, she sings for an audience. Her role as servant put her on the periphery of the family; her role as singer finally gives her the spotlight.