The hens and that duck-tickling laugh: highlights of Alexander Chancellor’s memorial service 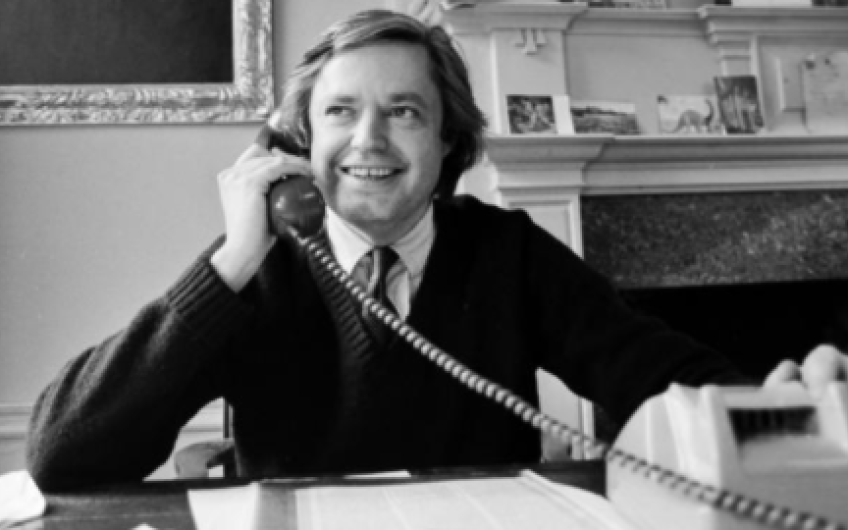 It was the memorial service for Alexander Chancellor, our late editor, on Tuesday at St Paul’s, Covent Garden. In the Spectator, Charles Moore commented that Inigo Jones’s classical building was in keeping with Alexander’s character: ‘The architecture fitted his open, easy manner: he wasn’t a Gothic sort of person.’ Having worked with him, I would agree. The Reverend Richard Syms pointed out, too, the happy coincidence that Alexander lived between two Inigo Jones pavilions at his home in Stoke Park, Northamptonshire.

The service ran a bit like a matinée theatre performance, with singing, a little acting, poetry and some excellent tributes. ‘The Lake Isle of Innisfree’ by W B Yeats was read by Freya Bearn, Alexander’s daughter. Freya used to occasionally pop round to the Oldie headquarters during school holidays to have lunch with Alexander, when taking time out from the demands of rearing a brood of hens (so often described in Alexander’s Long Life column for the Spectator). Oldie sub-editor Deborah Maby and art editor John Bowling remembered Alexander regularly bringing in freshly laid eggs for them on a Monday morning, complete with bits of straw.

The cultural line-up was finely tuned to Alexander’s tastes. One of Alexander’s passions was for music, an interest that was acknowledged – and celebrated ­– in the service sheet, as well as in one of the tributes by Ferdinand Mount – our new editor’s Dad.

Ferdy recalled meeting Alexander for the first time, sixty years ago, when they were supposed to be learning German in Vienna. They were at school together and Ferdy knew him as ‘one of the most brilliant pianists the school had ever had’. The Schmidburg family, curious to hear this prodigious talent, immediately suggested, on Alexander’s arrival, ‘You will play something for us, liebe Alexander, a little Mozart, or some Schubert perhaps?’. Alexander point-blank refused, and would only relent so much as to play ‘Tea for Two’. After lunch and further appeals, Alexander still only played ‘Tea for Two’; later in the week, he conceded so much as to play ‘The Blue Danube’. An accomplished violinist, Alexander also refused to play for the grown-ups, despite great appeals from his mother, saying, ‘I’m too old to be an infant prodigy’.

‘In our Vienna days, that famous laugh was still in its embryonic stage, more like the chucking of a magpie in the hedge than the magnificent wheezy cackle it later became. When he died, there must have been more efforts made by his friends to describe it than any human expression since the Mona Lisa’s smile. Craig Brown recalled some of them in his lovely address at Alexander’s funeral, but there have been more since. Charles Moore thought it was like a schoolboy imitating a machine gun, The first time she heard it, Deborah Orr thought the Flying Squad were about to launch a raid. My favourite comes from Jemima Lewis, the daughter of Alexander’s deputy editor at The Oldie, Jeremy. She thought it was like a duck being tickled.’ 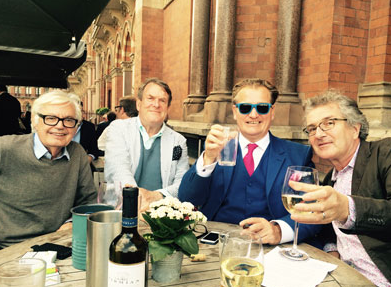 Left to right: Alexander Chancellor, Jeremy Lewis – the Oldie's late deputy editor – James Pembroke, the publisher of the Oldie and John Bowling, the Oldie's art editor having a drink at St Pancras after a failed journey aboard the Eurostar to Paris.