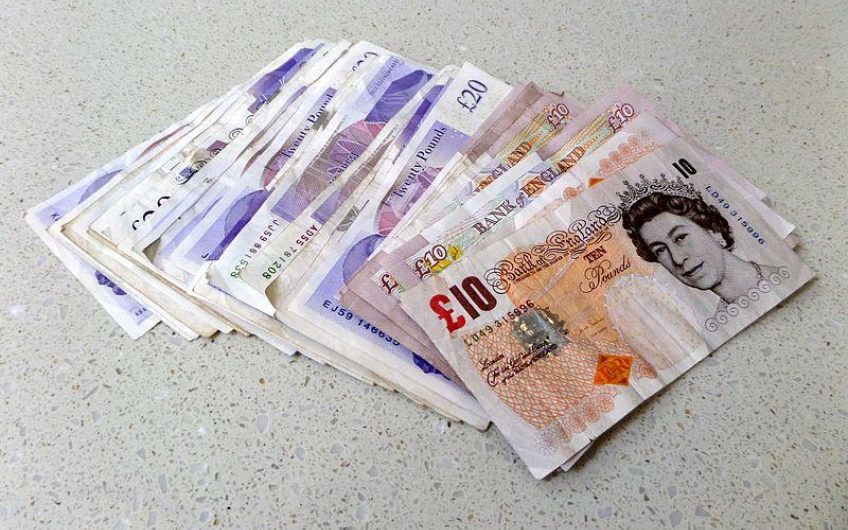 William Cook has seen his income halve over the past year. But then he's saved a fortune on food and clothes. The real net loss, though, is personal contact

When I was a small boy, living with my beatnik parents in a two-up two-down at the arse-end of Sarf East London (Plumstead, to be precise) it never even crossed my mind that we might actually be hard up. My father’s pockets were always full of coins (he used to jingle when he walked) and whenever I asked him if he had a spare sixpence for the sweet shop he invariably said yes. It was only years later that I realised an abundance of small change is no indication of a healthy bank balance. My father always had money for sweets and cigarettes and suchlike but, as my long-suffering mother was wont to remind him, he rarely had much left over for anything else.

During their increasingly frequent quarrels, I used to wonder what would become of them when they eventually went their separate ways. I reckoned my mother would probably do alright. She wasn’t much good at earning money, but she had a puritanical horror of spending it. It was my father I feared for most. He wasn’t particularly extravagant (smoking was virtually his only vice) yet money seemed to slip through his fingers like water. Would we all end up in debtor’s prison? Did such places still exist?

Turns out I needn’t have worried. Half a century later, my spendthrift father is still around, enjoying a comfortable retirement with his second (younger) wife, while my prudent mother lives alone, in far more straitened circumstances than her former husband - whoever said life was fair?

My father ended up teaching, like his new partner, and they both wangled themselves decent pensions.

And I’m the father-figure now, with the proverbial wife and two children (plus a gaggle of grandparents) to support. Funny how life turns out.

My children are 21 and 17 now, so my childcare duties are almost over. They no longer need me around (in fact, more often than not, they’d far rather I wasn’t there at all). However this newfound freedom hasn’t left me any better off. Far from it. My children no longer need toys and trinkets - they need mobile phones and credit cards. And nowadays, it’s not just them I need to worry about. My mum and dad are both still self-supporting (for the time being) but my wife isn’t quite so lucky. Her mother is in a care home, and the fees are five grand a month. If you’re the same sort of age as me (55), I’m sure you know the feeling. Financially, we’re besieged on both sides, footing the bill for the generation below us, and the one above.

So what can we do about it? How can folk like you and me support three generations on one income (or maybe two, if you’re lucky enough to have a spouse who works)? In the good old days, before Covid, my solution used to be to put in a few extra hours and ask the boss for a modest raise. But in my line of work, at least, Coronavirus has put a stop to that. I’m now earning half what I was this time last year, and I can’t see that changing anytime soon. Hence, the only solution has been to reduce my expenditure. And to do that, I’ve been drawing inspiration from my mother, who somehow kept me clothed and fed on a budget of a few pounds a week.

When I was a kid we had no television and no telephone. We had an outdoor lavatory. We kept no drink in the house. I didn’t go abroad until I was 18. I didn’t stay in a hotel, or eat steak, until my mid-twenties. As an adult, I rebelled against this puritanical existence, and the life I gave my children was as different as I could make it. We ate in restaurants. We took taxis. We went abroad several times a year. Yet now Covid has shrunk my options, and my income, I’m learning to live a life more like the one I lived as a kid – and I’ve saved a small fortune. I’m not rolling in it – far from it – but it’s kept my head above water. Here are a few of the things I’ve learned.

First of all, Covid has reminded me that eating out is just a habit – an extremely expensive habit which I’ve hardly missed at all. When I was a kid, a trip to a restaurant was a rare treat: birthdays, anniversaries – a few times a year if you were lucky. Yet before Covid struck we were eating out at least twice a week. For the four of us, a decent dinner usually cost a hundred quid: that’s ten grand a year you’ve saved before you’ve started.

Our daily caffeine habit was another extraneous expense. Like most wage mules, my wife and I used to stop off for coffee on our workaday journeys into town: a cup of something frothy, and a muffin or a flapjack to go with it. A fiver a day, five days a week, 48 weeks a year: that’s over two grand we’ve saved since Covid. And then there’s all the outings, I miss museums and galleries, but I don’t miss the cafes and gift shops. Call it forty quid a time, once a fortnight. That’s another grand or so a year.

Clothes shopping is another huge saving. Sure, you can still buy clothes online, but with the shops all shut it’s a lot less easy to be tempted. I can’t stand scrolling through the websites, and sending stuff back when it doesn’t fit, so now I only buy clothes when I need them, which is hardly ever. Annual saving? About two grand for me, I guess, and at least twice that for my wife. Add it all up and we’ve saved nearly £20,000 a year.

But aren’t these the things that make life worth living? Well yes, up to a point. Yet is it really the purchases that make these things so memorable? The actual clothes, the actual coffee? Is it the food and drink you really relish, or the conversation and the company? The idea that get-togethers are only special if we’re spending is something we’ve got used to thinking, but actually it’s not the money – it’s all the other stuff that surrounds it. A walk in the woods is far more fun than traipsing round a shopping centre, and it won’t cost you a penny. Seeing other people outdoors is just about the only thing we’re allowed to do right now. It’s pretty much the safest thing you can do, and it turns out it’s also the cheapest thing. Who knew?

Sure, there are some things I miss about my former lifestyle, but it’s mainly the people, not the purchases. And living a more frugal life has lots of upsides, as my mother always knew. It feels great to see my wardrobe shrink, back to more manageable proportions. Cooking your own grub is so much cheaper than takeaways or ready meals. With no pubs and cafes and restaurants to tempt me, I’ve even lost a bit of weight.

So when things get back to normal, and I can earn a bit more money, how much of the old stuff will I start to do again? Not that much. It’ll be nice to have the odd coffee, the odd pub lunch. But what’s changed, and changed for good, is the old ritual of spending money for the sake of it, whenever I step outside the front door. After half a century, I’ve finally realised what those childhood trips to the sweetshop were all about. It was about spending time with my mum and dad. It wasn’t about the sweets at all.

Who's buried at Sutton Hoo