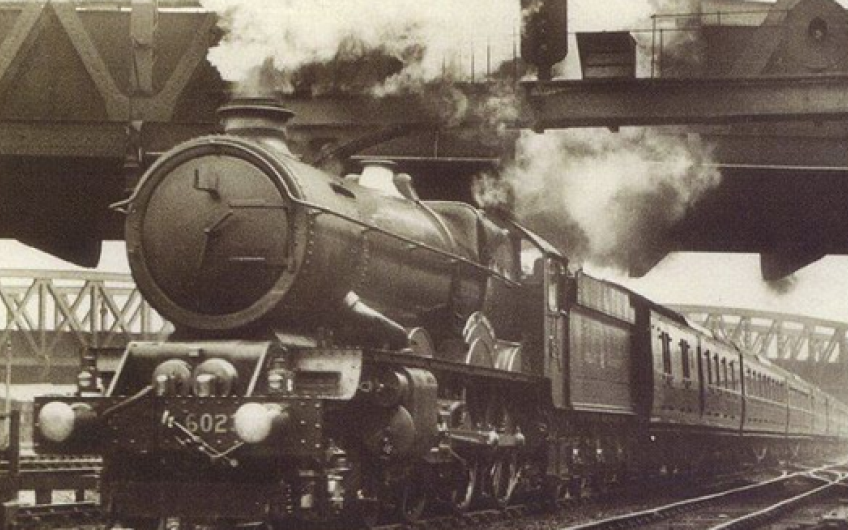 I spent yesterday morning at the Didcot Railway Centre, home to the Great Western Society.

It has an extraordinary collection of steam engines, coaches and wagons. And a tremendous array of Great Western Railway knick-knacks, too: cutlery embossed with GWR insignia; GWR posters for Oxford and the brine baths spa of Droitwich; a whole signal box from Radstock North.

I'm no steamhead but I was completely enchanted by the great locomotives and carriages threaded across the site. Among them were the Collett Special Saloon, a tremendously plush carriage used by General Eisenhower for the D-Day landings, a 19th century third-class coach and pre-war, fish and fruit wagons.

What was really wonderful, though, was the carefree air inspired by the volunteer enthusiasts who ran the place. There was none of the dead hand of bureaucracy, or the people who don't like their job and so want you to have a bad time, too. The signs were written by knowledgeable experts - so no dumbing down.

And, joy of joys, there was minimum health and safety - despite the place being extremely safe. You could happily walk across the tracks and inspect the workshop where volunteers repaint old trains. Balanced on the front edge of the King Edward II, a splendid locomotive built in 1930 (pictured in action), was a great, big pot of black paint, ready to touch up the king's gleaming armour. No, there was no danger of knocking it over.

In the Carriage and Wagon Department shed, there was a sign, saying, 'Visitors are welcome to look around the restoration bay to see our latest projects. Please take care.' But that was it - no nannying signs, and no one to nanny you. There was no National Trust fakeness either; no artificial attempt to manhandle your emotions back to a previous age. They moved back to the past, of their own free will.

As a result of this hands-off approach, you felt fantastically free, close to the golden age of rail and completely invigorated with the rail enthusiast spirit.