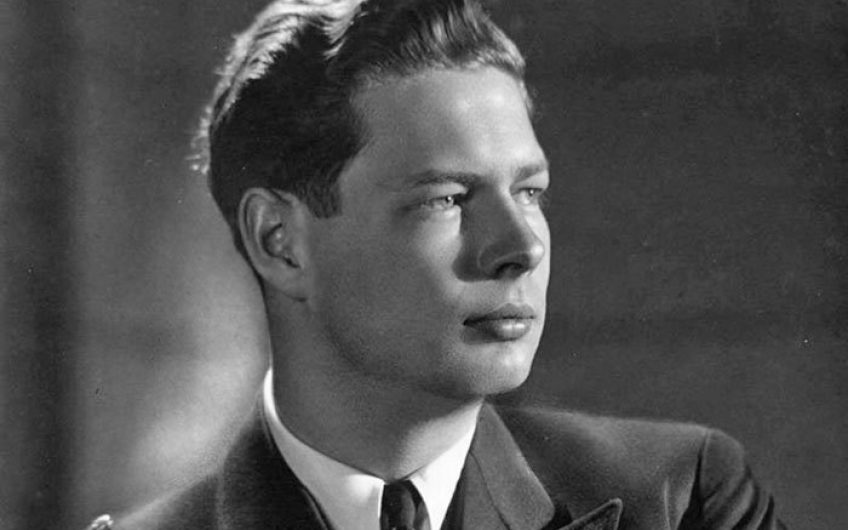 During his last reign
View Full Size
1
of 1

Shaggy brown cattle graze peaceably next to King Michael’s rather modern villa near the French Swiss village of Aubonne, overlooking Lake Geneva. The autumn sun paints the trees on the slope below yellow and gold. It’s as good a place as any to find a king who came to the throne in 1927, at the tender age of five, lost it at eight when his father, Carol II, returned from his amorous adventures, regained it at 18 and was finally sent packing by the Communists at the age of 26.

Inside a spacious living room, photographs of his grandfather, Ferdinand I (1865–1927), predominate – a handsome man with a good beard and a more than passing resemblance to George V.

King Michael (who is a great-great-grandson of Queen Victoria) himself is tall, clean-shaven, and makes up for a rather shy demeanour with a gruff and infectious laugh.

The modern Romanian state had only become a monarchy in 1881, when the former Ottoman provinces of Wallachia and Moldavia were united, and the Hohenzollern family provided a likely candidate in the shape of Carol I. He had been followed by Ferdinand, then Carol II, then Michael himself.

‘They told me that the times have changed, monarchies don’t count any more, and all sorts of nonsense of that sort,’ the King guffaws unexpectedly, recalling the moment of his forced abdication in December 1947. But there’s a lot of wartime detail to cover first.

The King was in his last year at school when the Second World War started, and Marshal Ion Antonescu seized the reigns of power in Romania. As nominal head of state, the young King was deliberately kept in the dark by a dictator who steered the country firmly into the arms of Nazi Germany. Michael, although a Hohenzollern, did not speak German and has never learnt it, even during his long exile in Switzerland.

He met Hitler twice, firstly with his father at Berchtesgarten in Bavaria in 1937, on his way back from a state visit to England, then with his mother at the Belvedere Palace in Berlin in 1941, where the German leader was fond of entertaining foreign guests. The second meeting made more of an impression.

‘My mother had a house in Florence, and in January 1941 she wanted to go and see what was happening. So I went with her. And she wanted to go to Rome to see some of her relations. And then, of course, when we got there we had to go and see Mussolini. Then Antonescu said we should probably go now to Germany – to meet the other one!’

He remembers Hitler’s rather curious habit of screwing up his face to make a point: ‘Like this...’ says the King, and seventy years on, in the relative safety of his own front room, King Michael does his Hitler impersonation. ‘His general expression was very hard.’ He also remembers Hitler praising the performance of Romanian troops on the eastern front, fighting the Red Army.

In June 1941 Romanian troops joined the Germans in the invasion of the Soviet Union, codenamed Operation Barbarossa. Within days, the first pogroms and deportations of the Jewish population began in eastern Romania and the re-conquered Romanian territories of Bukovina and Bessarabia. The chief rabbi of Romania, Alexandru Shafran, often came to see King Michael and his mother Queen Elena with news of the latest threats to his community. The Queen Mother then sought urgent audiences with Antonescu, and more often than not managed to persuade the dictator to call off the threats. ‘Funnily enough, Antonescu had a great respect for my mother. He would often listen to her, even if he didn’t like what she was saying. She managed to get him to stop certain things.’

After the war, Queen Elena’s contribution to saving tens of thousands of Jewish lives in Romania was honoured by the Yad Vashem organisation in Israel.

In August 1944 King Michael’s own moment of glory arrived. The war in the east was lost. Ill-equipped Romanian troops had proved no match for the Red Army, which was now hammering at the country’s gates. The King called Antonescu in for a private meeting, also attended by a brigadier general from his staff. Antonescu was asked to step down.

‘What! And leave the country in the hands of a child?’ he shouted.

King Michael uttered a pre-arranged phrase, and four of his own guard, listening in the next room, burst in and arrested Antonescu. They locked him in an upstairs room at the palace ‘where my father kept his stamp collection. It sounds funny now, but it wasn’t very funny then!’ This seems like the right moment to ask King Michael about his own hobbies.

‘Did you collect stamps too?’ ‘Not at all. I preferred mechanics. Always liked getting my hands dirty – taking engines apart – still do!’

At this point, a small, snow-white dog pads up to my chair. Presumably King Michael had pets in his youth? ‘Just one dog. An Alsatian my mother gave me during the war. I was playing with him one day, when I noticed a tiny tattoo in his ear: SS. So that’s where he came from!

He was called Azo. A very good dog.’

After arresting the dictator, the King convened a provisional government, and made a radio address to the nation, announcing that Romania was accepting the armistice offered by Britain, the Soviet Union and the United States. Then he escaped from Bucharest at high speed overnight – just before the Germans bombed the palace, in revenge for his ‘treachery’. The Soviets occupied Romania – albeit without a fight, so many lives were saved, and the vast physical destruction which befell Romania’s neighbour, Hungary, was avoided. But 130,000 Romanian soldiers remained as Soviet prisoners of war and many died in captivity.

Finishing the war on the winning side helped Romania get back northern Transylvania from Hungary, but the Soviets refused to even contemplate giving back the other chunks of ‘Greater Romania’ – Bukovina and Moldavia. In the years following the war, King Michael was sidelined by the Communists, who slowly increased their stranglehold on government. There were three countries on the Armistice Commission based in Bucharest: the Russians, the British and the Americans. ‘The Russians conducted everything, gave all the orders, and the others said “such a pity”, “so sorry”, and that’s all. They did a few little things of no particular consequence. But to actually try and stop certain things that were going on? No.’ All he got from the Americans in those days was a Ford Jeep which used to belong to the US embassy. He still has it.

In the autumn of 1947 he travelled to London for Princess Elizabeth’s and Prince Philip’s wedding – and enjoyed a little romance of his own: he met and fell in love with his future wife, Princess Anne of Bourbon-Parma.

While he was in London, the American ambassador mentioned in passing that ‘he saw no reason for him to go back to Romania’, but King Michael insisted that it was his duty. Within weeks of his return, on December 30th, he was summoned to a meeting in Bucharest by the leaders of the Romanian Communist party to talk about what was described as ‘a familiar matter’. He assumed it was something to do with his impending marriage, and walked straight into a trap. Troops loyal to the Communist authorities surrounded the palace, and he was threatened: if he refused to abdicate, a thousand students arrested at pro-monarchy demonstrations would be executed. The Communist Prime Minister, Petru Groza, known as ‘the red bourgeois’ for his landed gentry past, grabbed his hand and led it to a pistol in his jacket, just to make sure that there would not be any misunderstanding. ‘What the hell?’ shouted the King. His mother had tears in her eyes, but the game was up. He felt he had no choice but to sign.

From Bucharest, the family were sent back to Peles Castle, where he had been born, to pack a few possessions. Azo the dog came with them on the royal train, but precious little else, apart from his Jeep and three other cars.

On the station, one final humiliation awaited him. ‘There was usually an honour guard of about ten or twelve officers on either side, and I walked between them. This time, too, they were there, but with their backs turned. I felt disgusted – not for them, they were clearly just under orders – but for the mentality. And when I looked closer at the men, I could see they were all crying.’

The royal train took the family into exile in Switzerland. King Michael returned to Romania for the first time exactly fifty years later, in 1997.