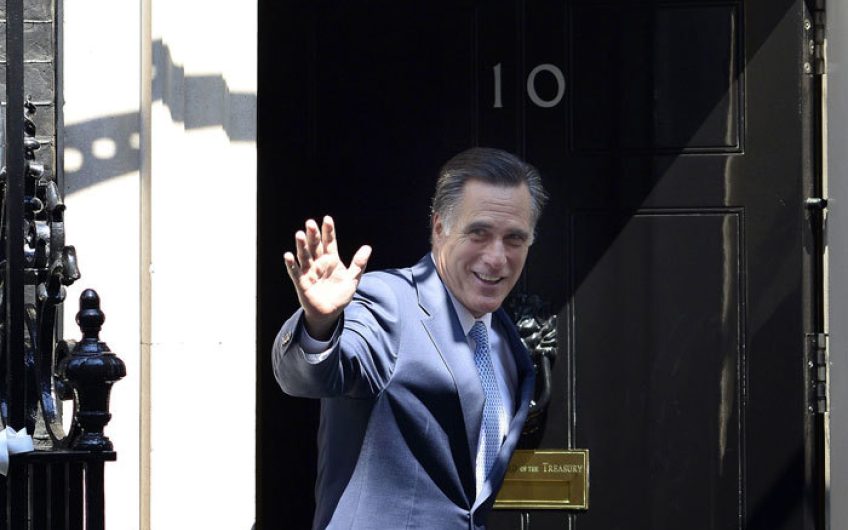 Mitt Romney could have become the most prominent Mormon in the world in 2012. Mormons, or members of the Church of Latter Day Saints (LDS) as they prefer to be known, have been around a long time in Britain – much longer than many think. Now associated with bright, intensely American young men in identical suits and, in the opinion of many experts the second fastest growing religion in the world after Islam, Mormonism has deep roots here – and in rather unlikely places. It is a long way from spruce litter-free Utah cities to turbulent slums in working class nineteenth-century Lancashire.

The headlines which precipitated that presence, though, seem uncannily similar to those of recent times: the financial crash of 1837 in the United States, with ‘reckless speculation and bank failures’, due, according to one writer, to the ‘inordinate expansion of the paper currency for two or three years’. An early Mormon historian writing in the 1930s described the ‘grievous financial troubles’ that fell on the infant church as a result. There was a problem of ‘false spirits’ in the church, and the founder-prophet Joseph Smith had to withdraw church support for the bank the LDS was trying to establish. It then emerged that a senior bank official had vamoosed with twenty thousand silver dollars, a lot of money then. In a movie, John Wayne would have gone to find him…

It was a major crisis for Smith, in his far-west Utah wilderness after the Mormons had been driven out of Missouri and elsewhere. But rather than retreat into a circle of wagons, Smith turned his thoughts to Britain. According to another LDS writer, Smith felt something new must be done for the Salvation of the Church, ‘and on about 1st June 1837, Heber C Kimball, one of the Quorum of Twelve, was set apart by the spirit of prophesy and revelation, prayer and laying on of hands, of the First Presidency, to preside over a mission to England, to be the first foreign mission of the Church of Christ in the last days.’

Kimball was a potter from Vermont. He had been converted to the LDS by Smith’s key follower, Brigham Young in Mendon, New York State, not far from where Smith said he found the sacred tablets that led to the origin of the church. In those days, upstate New York was in religious ferment, and home to sects such as the Shakers, utopians of all kinds, polygamists and believers in free love. One of Kimball’s companions, Rev James Fielding, was British. He came from Bedford and had converted while in Canada. Fielding had Lancashire connections and the little party of Americans wound up in Preston. According to most Mormon authorities, the first British LDS sermon was preached in Preston’s Vauxhall Chapel by the River Ribble.

Preston was then dominated by anti-booze campaigns – the word ‘teetotal’ was coined there – and an atmosphere of evangelical ferment. This brought a rush of converts to the Church – although cynics have claimed that its popularity was prompted by the Church’s willingness to provide a free ticket to America, a perk with which the local Primitive Methodists, its main rivals for converts, couldn’t compete.

Despite significant migration to America, many Saints stayed. The world’s first Mormon newspaper, the

Millennial Star, was produced from 149 Oldham Road in nearby Manchester under the editorship of Smith’s associate, Parley P Pratt, in early 1840, long before there was a paper in Utah. It appeared regularly until 1970, when it was replaced by the Ensign.

Brigham Young had come over to the UK himself, arriving in Liverpool in April 1840. He began to preach elsewhere,

focusing on the Herefordshire and Shropshire borderlands, and once held a Quorum meeting on top of the Malvern Hills. In an early claim of a miracle, one Mary Pitt of Dymock was said to have been made to walk after eleven years of immobility.

But terrible news for Brigham Young was coming. The Millennial Star appeared with black borders after Joseph Smith was murdered by a mob in Carthage, Illinois on 27th June 1844, and Young felt he needed to return immediately to America, the New Zion. He retained an affection for England, and before long Queen Victoria accepted a signed copy of the Book of Mormon.

In the next hundred years the LDS became perhaps the archetypal American religion, nowadays influential in companies such as Marriott Hotels, Fisher-Price toys, American Express, parts of General Electric and many lesser-known names. But perhaps the cynics were right about one thing – there was always a steady trickle of LDS converts emigrating to America. British LDS membership stayed in the low thousands for decades until the explosive growth over the last thirty or so years to about 175,000 today. And the Romney genealogy is full of British names: a Romney ancestor came from Belbroughton in Worcestershire – and one of his great-great grandparents was Parley Pratt, of the Millenial Star editor’s chair. Like Smith, Pratt met a Wild West demise – a polygamist, it is said that he was shot down in Arkansas in 1857 by the estranged husband of his twelfth wife.

A quiet spot on the Western Front