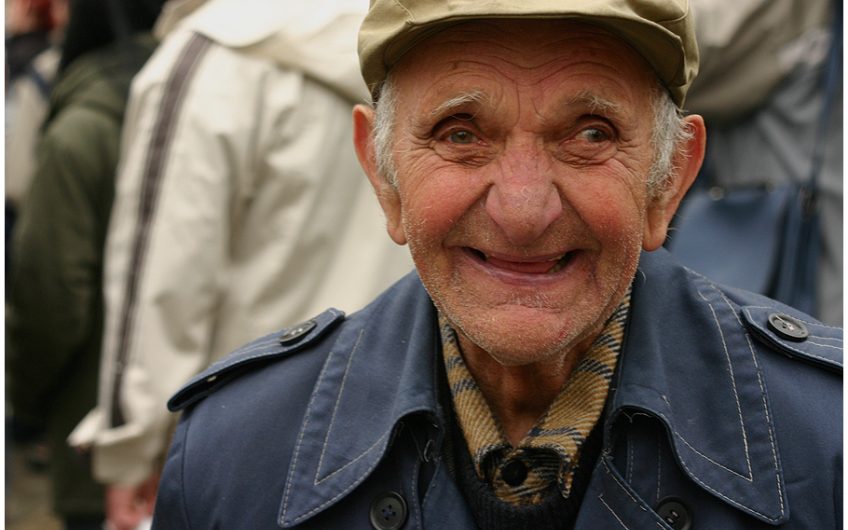 ‘Are the old really human beings?’

So reads the quote on the back of my edition of Simone De Beauvoir’s 1970 La Vieillesse (Old Age) – a book inherited from my late uncle and now ripe for consumption in my sixty-fourth year.

‘I have tried to give a wholly truthful account of the state of these outcasts’, she writes.

Written before the advent of the grey pound, which tends to come with a certain magnetism, and prior to the founding of The Oldie, age was viewed as a lasso whose knot tightened with every passing year.

If age came up, authors such as Aldous Huxley in After Many a Summer (1939) dwelt on such matters as what longevity might look like, were it possible to medicate for it. In that story, an American Bezos-like millionaire (now billionaire) commissions a doctor who discovers that a late 18th century Earl is rumoured to have found the secret of long life by eating raw fish guts. When he is found in Europe, the now 201-year-old Earl has reverted to a hairy ape-like creature living locked in a dungeon with a female housekeeper whom he beats.

In other workings of the same theme, as Walt Disney instructed, and Woody Allen famously satirised in ‘Sleeper’ (1973), cryogenic preservation is a popular obsession. But with healthcare so much better these days, and the prospect of a future so much worse a hundred or so years hence, why would you bother?

If, therefore, old age is the question, perhaps The Oldie, it could be argued, is the answer? Its constituents, a group of readers and writers who can look a Stannah stairlift fair and square in the eye. Not for us the vision of age as experienced by Prince Siddartha (aka Buddha), who upon escaping from his father’s palace, encounters ‘a doddering, wrinkled, toothless, white-haired man, bowed, mumbling and trembling along on his stick’.

My feeling is that Oldie readers are freedom fighters in a war versus characters such as Jane Austen’s valetudinarian widower, Mr Woodhouse, whose only purpose - his circle of life having reached its last ring - is to complain of drafts. We oldies repudiate the thought that our later years will be haunted by the fear we might turn into the ghost of Dickens’ (Wemmick’s) ‘The Aged Parent’, ‘The Aged P’ – sometimes called merely ‘The Aged’ – whose calls for periodic attention are denoted by the rapping of his cane on the floorboards.

Strangely enough, I have always been interested in the old and when I was at boarding-school I conceived the idea that I wanted to interview the oldest person in the area. When the local council duly found a 102-year-old my excitement was unbounded. I was 15, bought a little pot with an african violet as a gift, and set off on my bike. The year was about 1972, so I was anticipating time travel in the company of someone who might whisk me to life in the 1880s. Unfortunately, the subject of my enquiries was both deaf and blind. But she felt the petals of my flower with elderly gnarled fingers, and I did my best to make conversation. At 15, I had omitted to consider that age came with some limitations.

Instead, age as I see it today, (pace fair health and modest means) comes with immense opportunity. In my case it comes freighted with memories tumbling over each other to get out. Recollections that I might once have thought as humdrum have by my reckoning gone up in value if written down – reminiscences for example of my travels in the bad lands of the former Soviet Union in the 1990s. Why not exploit the colour of my life in writing as others have done theirs? Not for nothing do I treasure the periodical Slightly Foxed Quarterly, to which I have subscribed from its first edition, and its preoccupation with memoir. What could be better than a journal which only permits reviews of books that are out of print, and publishes vivid memoirs of childhoods, war time experiences, and travel?

De Beauvoir was writing at a time when provision for those of advanced years was meagre and a case had to be made for the usefulness of the old. Today, we can even be grumpy, and it gets on the box. Nor need we give in to dark thoughts such as those epitomised by Virginia Woolf who confided to her diary on 29th December 1940, aged only 58,

‘I loathe the hardness of old age. I feel it coming. I creak. I am embittered’.

‘The foot less quick to tread the dew

Above all, it seems to me age, if one is lucky enough to experience it, can be a time of healing.

In my mother’s case, now 97, a survivor (in the old sense of the word), of one ghetto and four concentration camps (between 1942 and 1945) this appears to have been the case. While her sanctuary on these shores gave her a civil peace she never dared hope for, it cannot be said that her mind was cured. She nurtured the fact that she did not like humans. An English suburb without war, while not a camp, was nevertheless not instant balm. Coffee mornings presented a problem as she had no small talk and could not find the means to create a bridge from her experience to other mums of her own age. My school friends were terrified of her.

But now in her 8th and 9th decades a strange thing occurred. Still a devoted atheist, she made sure to read Christopher Hitchens’ ‘God is not Great’ and Richard Dawkins’ ‘The God Delusion’ simply to ensure she was not going soft in the head. But meantime, despite her abhorrence of war and warfare, she started to wear the poppy in October in solidarity with others of her generation. Then, as she started to use a stick, magically - it seemed to her - complete strangers would open doors, offer a seat, or help her across the road. And for the first time she accepted these kindnesses without suspicion.

In 2005, on the 60th anniversary of the liberation of Auschwitz, she was invited with her fellow survivors and liberators to a government-arranged ceremony at The Palace of Westminster, preceded by an audience at St James’s Palace with one of either Her Majesty the Queen or The Duke of Edinburgh. As luck would have it, it turned out to be the Duke who quizzed her about her time in the camps, at which she mentioned that in her last camp the guards had asked the prisoners to sit on the ammunition dumps as allied bombers flew overhead. To which the Duke replied, ‘Well, we can’t have been aiming very well that day’. At the time – a fact my mother now denies – she thought that was quite funny and, bearing in mind Hitler had knocked most of the humour out of her, this was a big deal.

She had had huge trepidation about the whole event. As a family we did not live a Jewish life, and we lived as far as possible from North London so as not to be reminded about the Holocaust. But now for the first time she felt it right, in fact her duty, to try and tell her story when asked, simply because she was one of so few left. That started in 2005 when she was 81 - and now we can’t stop her.

As her amanuensis, I was asked in 2019, at short notice, to contact The Open University when they celebrated their 50th anniversary, as she wanted them to know they had given her back her self-esteem by allowing her to take a degree in later life to make up for her lost education. And last month a whole article featured her in The Observer as she became the poster girl for a fund organized by the Association of Jewish Refugees to provide ‘Home Care’ for elderly survivors and Kindertransport children. Such, in her case, has been the healing that came to her unexpectedly in old age.

By the same token, I would suggest that The Old’un is a fine sticking plaster for all other lifetime grazes, aches and pains borne by readers often stoically and no doubt equally heroically, and in countless ways. Surely age is not merely a time to divide one’s kingdom, but rather, as Milton wrote of our aged years, ‘Time will run back and fetch the age of gold’.

La Vieillesse, it seems to me, is a time for memory, if you have the capacity; with the honourable exception that if the recollections are, like my mother’s, too awful to disinter, some may be excused and left buried. Perhaps this is the moment to consider Noël Coward’s advice in ‘I Went to a Marvellous party’

We talked about growing old gracefully

Said, ‘a) It’s a question of being sincere

And b) If you’re supple, you’ve nothing to fear.

Then she swung upside down from a glass chandelier.

I couldn’t have liked it more.

It’s certainly how I mean to go, but not necessarily how I will.