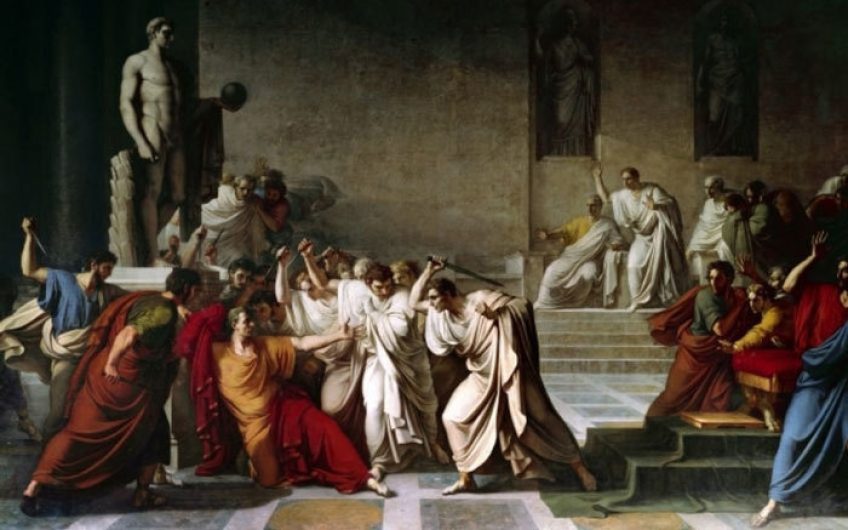 Mary Beard has been singing the praises of Latin to Prince William. She's spot on, says Harry Mount
View Full Size
1
of 1

The Paras and the Marines have been fighting over a Latin motto. Good for them, says Harry Mount

The Royal Marines have nicked the Paras’ motto – “ready for anything” (utrinque paratus in Latin). Soldiers have the wisdom to see the joy of Latin.

In 2018, Dame Mary Beard suggested to Prince William that his children should learn Latin, while he was giving her the damehood at Buckingham Palace.

After receiving her gong, she said, 'It’s important to learn where we’ve been and where we’ve come from, and for people to have access to some of the most extraordinary and influential literature in world culture.'

Dame Mary is completely right. In a world increasingly obsessed with the here and now, Latin (and Roman history) knit you to the past - and all that went on in between the Roman Empire and now. By knowing the beginnings of things, you start to see how they change into what they are now.

The joy that a little learning of Latin brings is immense. Alexander Pope was quite wrong, by the way, when he said, “A little learning is a dangerous thing, drink deep or taste not the Pierian spring.”

His miscalculation is particularly disappointing in somebody who certainly knew his classics, and would have known that Pieria was the place where, according to Hesiod, the Nine Muses were born – Clio, in charge of history; Urania, astronomy; Calliope, epic poetry; Melpomene, tragedies; Euterpe, harmony; Erato, lyric and love poetry; Terpsichore, dancing; Thalia, comedy; and Polyhymnia, music. All of these Muses are delightful subjects, of which a little knowledge can bring vast pleasure.

Okay, I do have to admit the Muses were Greek, like an awful lot of things absorbed by the Romans: tragedy, comedy, architecture; so many things in fact that Quintilian said with some relief, “Satura quidem tota nostra est” – “At least satire is completely ours.”

The power and beauty of Latin are caught in the story of an English botanist on holiday in Rome a few springs ago. On a tour of the Colosseum (colosseus, -a, -um – colossal), the botanist saw a flower he’d never seen in Rome before.

Puzzled, he started to look closely at the other flowers growing out of the flagstones of the old arena (from harena, -ae, f. – sand; i.e. the sand that was sprinkled in front of the auditorium, -i, n. – “a place of audience”) and the cracks in the stone seats of the terraces. The flowers weren’t native to Rome, or even to Italy.

The bemused botanist left the Colosseum to go and look at the patches of grass nearby – under the Arch of Titus, over the Capitoline Hill, and in the stadium (stadium, -i, n. – a running track). He couldn’t find a trace of these exotic flowers outside the arena at all. When he took the flowers back to his Cambridge laboratory, he found that they had come from precise, verifiable places: Libya and Tunisia mostly.

The only feasible explanation he could come up with was that the flowers had grown from seeds that had lodged in the coats of lions brought from Africa to eat Roman prisoners in the Colosseum 2000 years ago. The seeds must have fallen off as the lions got stuck into some serious fighting with their Christian victims.

This story is a neat analogy for the evolution of Latin – an ancient language that travelled across the world, had seemingly died and yet still blossoms today in the oddest of places.

Architecture, Roman numerals, satire, comedy, the right use of particular words… Once you can link up the modern incarnation with its Latin root, the rewards are thrilling. In his Booker Prize-winning novel, The Line of Beauty, Alan Hollinghurst described those people who know all the big turning points in history as being able to look back at the world as an enfilade of rooms: Greece gives way to Rome... Rome to the Byzantine Empire… the Renaissance… the British Empire… America… and so on.

Knowing a bit of Latin is an invitation to the biggest room in the building, with a view down the corridor to all the succeeding ages. And you can get your hands on that invitation at any age. Alfred the Great, who knew how crucial it was to learn Latin to become a civilised man, took it up in his 30s.

What was mesmerism? - Deborah Nash