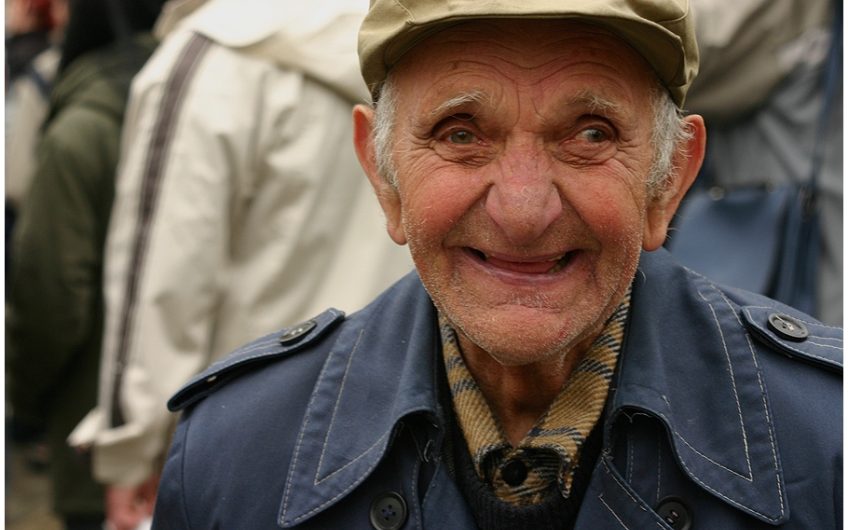 Another sunny May morning, the sky a deep blue and beyond the church, Morecambe Bay quicksilver-calm. The saving grace of the past seven weeks has been the wall-to-wall sunshine (although tower-block residents might dispute that); the roses have bloomed a month ahead of schedule, and on the fell above the village the swathes of bluebells are bowing out and makingway for cowslips and spotted orchids.

My first call of the day takes me up through the long, cathedral-like beech avenue to the next village, where my widowed 95-year-old client lives alone in her limestone cottage. Our conversations are circular and repetitive, as with many of my darlings: every week, May points to the beam in her kitchen and says “He hanged himself from that” but, frustratingly, never elaborates. Today, the floors are covered with ash and old leaves; she tells me that she’s had a fire. “In this weather?” I ask, and she giggles. “No, I set the microwave to defrost some bread, and fell asleep.” I’d seen the fire engine roaring past yesterday afternoon and wondered. It’s usually ambulances at a rate of two or more a day at the moment.

I hoover the floors and put down salt in the gaps where the slugs ooze through in the night. That’ll learn ‘em. Bed changed and washing on, we turn to the ritual of coffee. May has one of those smart machines that George Clooney advertises – “I was hoping,” she says with a twinkle “but he never came.” She insists on wheeling our drinks into the living room on her NHS trolley; her legs are sore and progress is so slow that the coffee is lukewarm by the time we drink it. Delicious, though. We talk about the lockdown and how she’s coping. Her children, who live away, ring regularly, and she has friends in the village who knock on the window as they pass. Loneliness isn’t an issue: she’s used to isolation. I wash my hands, deliver the usual advice about not letting anyone in (apart from firemen), and head off to my next appointment further along the bay, stopping en route to let my aged and incontinent terrier out for a few minutes.

George, a naval veteran of WWII and later a fisherman, lives within sight of the bay because he can’t bear not to see the sea. He sets about isolation with pizazz: he has converted his NHS walker into a drinks trolley with spirits on the top tray, mixers below, alongside eight different packets of pills. At least he takes them: a good half of my clients receive hundreds of pounds worth of drugs for every ailment each week, drugs which are then piled into cupboards and forgotten. In darker moments, I eye their bottles of Oramorph as a possible exit strategy for that far-off day when my courage and enthusiasm fail me. I suggest that they ask their doctors to stop prescribing, but they are afraid of being told off. One old lady, though I beg her not to, pops the pills out of their packages and flushes them down the loo. At least there’ll be no problem with urinary incontinence or gout in this part of the bay.

George tells me his best joke, as he always does. A young engineer is visiting Blackpool to study the tower. As he stands in its shadow marvelling at the intricate construction, a prostitute sidles up to him. “Do you fancy a bit?” she hisses. “Why?” replies the engineer, “are they taking it down?” George rocks with silent laughter and asks me to pour him a whisky. I spin around the house, making sure that it’s clean and safe, and leave. The hardest thing is not being able to hug, or even touch, my clients.

We’re in a virus hotspot here with over three thousand deaths in Lancashire, the death rate in Lancaster being 24 per 100,000 compared with London’s 85.7. The population of Lancaster is 148,000 or thereabouts. Worryingly, in my postcode there have been ten deaths to Morecambe’s two, which is surprising given the number of care homes – and the scale of deprivation – there. Maybe there’s something we’re not being told.

One or two of my colleagues are self-isolating because they live with aged parents or young children, but none has contracted the virus so far. Thank God. Increasingly, we are wearing paper masks when we shop for our clients and Tesco, at least, ushers us to the front of the long queue if we show our ID, thus saving us a twenty minute wait.

PPE was sparse to begin with but now comes in fortnightly. I’m not sure how much real use it is, though, as the aprons are flimsy and the masks unwieldy, but it’s something. We all carry antibacterial gel (is it effective against viruses?) and wash our hands on arrival and departure from our clients’ homes.

Some anxious moments, though, as other support groups are bouncing jobs to us in order to ensure that those shielding and self-isolating are cared for. An earlyish visit was to one such lady, but the door was opened by an elderly man. Running through the standard list of pre-entry questions, I asked who he was and why he was there. He seemed unsure of his name but when his hostess appeared from upstairs, she told me he was a friend who had been refused re-entry to his care home and was staying for a while.

You take these things on trust, but as I passed the open door to the front room I spotted four full glasses of cider and a pile of empty cans, and after closer questioning it became apparent that several friends had been “popping in every day”. I thought they must have been hiding behind the sofa, andI left. I really fear this virus: I fear spreading it (it took five days and three telephone calls to receive the results of my test) and I fear dying of it, but most of all I fear it harming my children, now adult and living away. Unthinkable to be unable to go to them if they fell ill. Or worse.

Sadness builds during the day as I try to allay peoples’ anxieties. This is the stalwart wartime generation – I’ve heard glorious reminiscences this week, with VE Day on Friday – but this unseen enemy is more worrisome than any German bomber was to their youthful selves. They want to know how long it will last and when they’ll be allowed to see their families again. If they will see their families again, in some cases, since most of them are well into their nineties and refuse to see their doctors, fearing hospitalization or a care home.

The TV and radio are two-faced friends: company, but bearers of bad tidings. I wish I could set them up with a Whatsapp chat group but those who have mobile phones have decades-old Nokias, and those are stuffed away at the back of kitchen drawers, to be used for emergencies only. Laptops are out of the question for my nonagenarians, but my youngest client – a sassy former dancer in her late 70s - tells me she’s started virtual dating and needs me to organise a car for her the moment lockdown is lifted. Trouble brewing there.

On the subject of trouble, my friend and colleague Sal has just been pulled up by the police as she pedalled through the villages distributing polythene bags of Canadian bread flour from her basket. They thought she was something to do with County Lines.