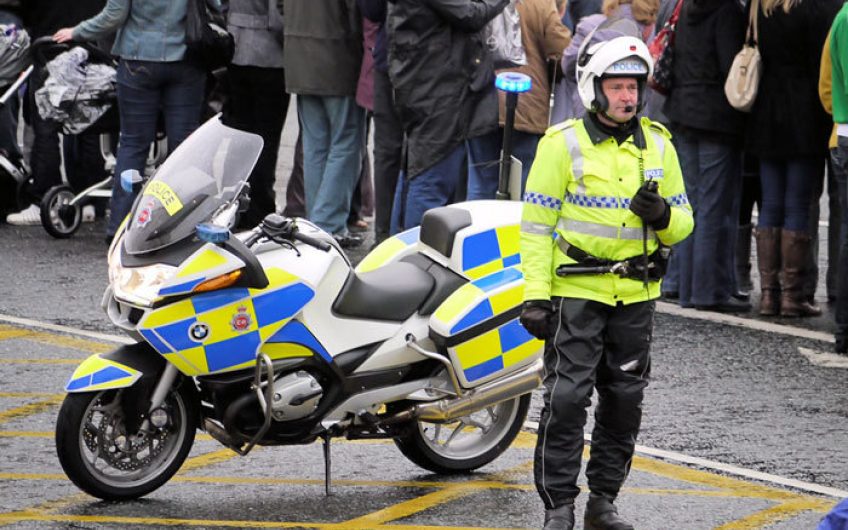 It is a curious fact of modern British life that, as the police appear more and more to resemble the paramilitary force of an authoritarian regime or military dictatorship, so they become less and less effectual, whom only the law-abiding fear.

They seem to concentrate ever less on real police work, and engage in parallel pseudo-activities, such as commiserating with the victims of the crimes they have failed to prevent and in the vast majority of cases make no attempt to solve.

This has been going on for a number of years: and I shall forever remember the police letter offering me victim support after the theft of my Dictaphone by a man who brutally murdered an old man three days later during the type of break-in that police spokesmen are increasingly apt to describe as ‘a burglary that went tragically wrong.’

Now the police in London have been handed another golden opportunity to waste their time on the pseudo-pastoral care of those whom I suppose we must now call their clients, in a scheme called Ubuntu Round Tables.

These Round Tables are designed to ‘empower’ youth: that is to say, the police are to spend discussions with the disagreeable youth of various London boroughs to ask them what they want and what their worries are.

The Ubuntu Round Tables are a project of the Bishop Tutu Foundation. The project lays out the following aims:

Splendid! This will really have the knife- and gun-wielding drug gangs quaking in their boots! Moreover, it will amply fulfil the primary object of all British bureaucracy, namely work-avoidance through work-creation, a seemingly frantic activity while never having to do anything that actually conduces to any conceivable end other than early retirement on the grounds of ill-health through stress.

How well I know the Tutu language from having worked in the NHS! This is a world that is forever developing training packages, building and delivering capacity, etc., while actually doing nothing. Nero’s fiddling, by comparison, was effective fire-fighting – evidence-based, of course. It is always time for thinking outside the box, ringfencing a safe space for blue-skies thinking.

Britain has by far the highest rate of violent crime in Western Europe, about five or six times that of Spain, for example. Time for a little empowerment.