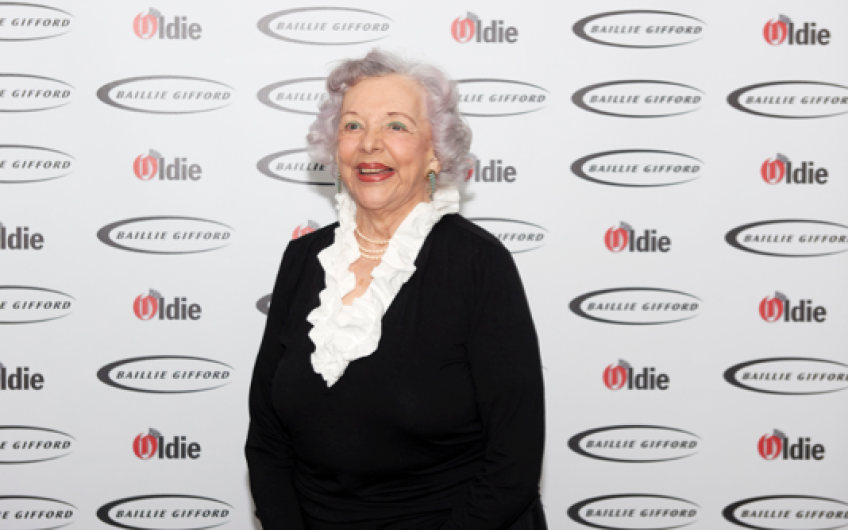 When I saw Thelma Ruby striding up the staircase at Simpson’s, it was inconceivable that she was about to celebrate her 92nd birthday.

After she was presented with her award (The Oldie-can-still-do-the-splits award), we kept in touch. We discovered we would both be on holiday in Puglia during the same week in June, and we arranged to meet for lunch at the pre-Christian hill-top town of Oria. It was an incredibly hot day – so we sought immediate shelter in an air-conditioned trattoria. Despite an appalling journey the day before, Thelma was in great form. She fascinated my wife and me about her time in New York during the war.

And then she told us how she and her husband, Peter Frye, toured the world with their adaptation of William Gibson’s play Golda. Thelma actually met Golda Meir, the iconic prime minister of Israel, a role she never wanted. Her premiership was scarred by the massacre at the Munich Olympics in 1972, and the Yom Kippur War in 1973. She was 75 years old at the time, and suffering from lymphatic leukaemia.

Thelma told us she performed the play in South Africa during the 1980s, once for an all-black audience as a preview. Under the apartheid regime, they were banned from seeing theatrical productions. At this point during our lunch, Thelma completely transformed into Golda and recited this extraordinarily moving speech:

At this hour, our forces are operating in Africa, inside Egypt. The tide has turned. I can't say more. There’s still fighting to be done. Still fighting to be done? Is that news? No, this Jewish state doesn't give us security. It gives us something better. Opportunities. To be, to do, to hurt, to gamble, lose or win, and to die for something better. Seventy years ago, my father, Moyshe the carpenter, nailed up planks of wood across the door of our little house in Kiev to keep out a pogrom! I can still hear the hammer. And to come, in one lifetime, all the way from the sound of that hammer to life in a state of our own, where we can defend our children, and be free, and take in every brother in the world who wants to come home... what more can a Jew ask? Our lives have been blessed, whatever the price.

When this war is over, you won't need me any more. You'll be wanting younger blood. I don't blame you. I could use some myself!

We were completely mesmerised. I have never been so affected by a theatrical performance. She told us that, at the end of this speech, the entire black audience stood up, waving and calling 'Shalom'. On hearing this, my wife burst into tears.

Thelma Ruby is giving a reading of MOMMA GOLDA at the Kings Head on Sunday, October 8th at 5pm.

This autumn, Thelma is appearing in a new ITV sitcom, Bad Move, with Jack Dee.

Star of the show: Thelma Ruby in role