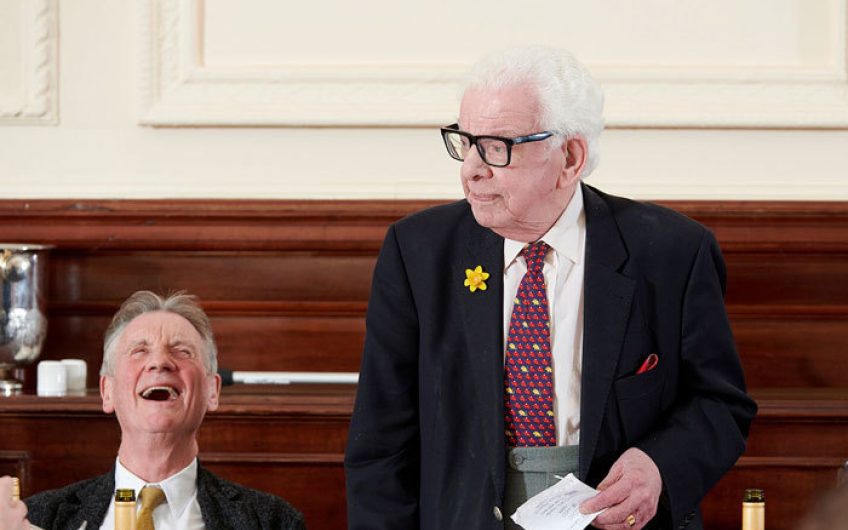 Barry Cryer explains the show's magic after the sad death of Iain Pattinson, the scriptwriter who provided ‘blue-chip filth’ for the show

Barry turned 85 on 23rd March – and he’s firing on all cylinders. He stars in I’m Sorry I Haven’t a Clue. He’s presenting a Channel 5 programme on Christmas Shows. And he’s MC at Oldie lunches at Simpson’s in the Strand, where he delivers his trademark parrot jokes.

Barry knows thousands of jokes and improvises new ones. At an Oldie lunch this year, a speaker apologised for forgetting his name. ‘Don’t worry,’ Barry fired back. ‘The name’s Brad Pitt.’

Then, in 1972, I’m Sorry I Haven’t a Clue, devised by Graeme Garden, started – and never stopped. It's just been voted by the Radio Times the funniest radio comedy of all time, ahead of Hancock's Half Hour and Round the Horne.

'I love Clue,' says Barry. 'But to rank above Tony Hancock is odd. It's a brilliant miniature sitcom. Round the Horne is a bit closer in style to Clue – it's loads of sketches. I must admit I was on the judging panel with Graeme Garden, but we weren't allowed to vote for ourselves.

'It was Graeme who devised Clue. It's really grown people being silly in a childish sort of way. It's joyful - like Morecambe and Wise, behaving like kids, or Tommy Cooper – a brilliant magician but being silly.'

For the next series of Clue, the panellists have recorded two programmes from home with 100 people also watching remotely.

'It was a bit tricky,' says Barry. 'You do a line and pause to wait for the laugh.

The new series of I'm Sorry I Haven't a Clue begins on November 30. The last two episodes starring the late Tim Brooke-Taylor will be aired in January