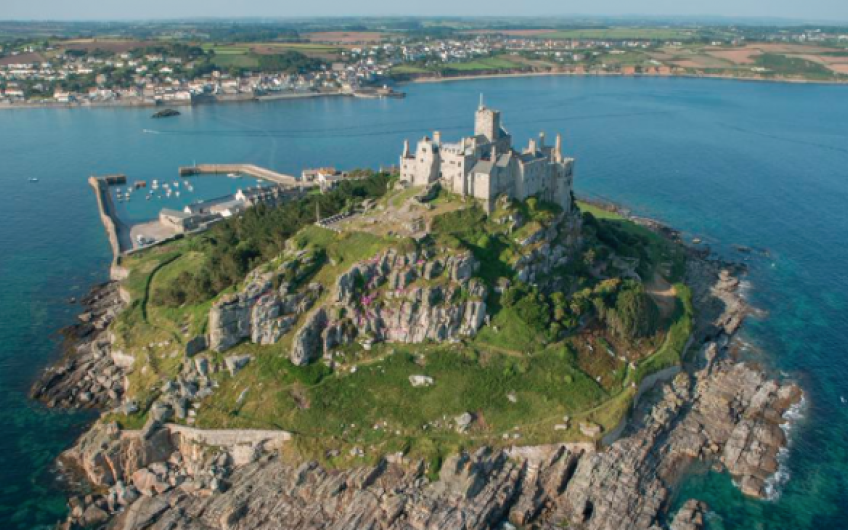 It is almost summer and there is a job going in the far west. It is visitor services manager - a title made of gobbledegook – but the location is the finest: at St Michael’s Mount in Cornwall.

You can, if you wish, even live there, in a neat cottage by the harbour. This might be the most exciting job since the Isles of Scilly needed a new policeman to stand on the quay and give day-trippers the Paddington Bear stare. That call for applicants went viral. This one should, too.

The castle on St Michael’s Mount is the prettiest house in England. It is owned by the National Trust, who lease it to the St Levan family, who have been here since Oliver Cromwell’s time. They have amassed a wonderful collection of portraits of their own home, and I can’t blame them.

I can see it from the bottom of my road, out in the bay. It is a medieval church attached to a castle with a Victorian extension that you can only see from a boat, which is a relief.

But the real draw is the location; out in Mount’s Bay, it is an island for seventeen hours out of twenty-four. When the tide rolls out, a paved granite road to the island is revealed. It is curved and utterly captivating; golden in parts and edged with seaweed.

The Archangel Michael may have appeared to fishermen here in the 5th century, or maybe not. But the Mount is full of such myths. There is a giant’s heart, or not, made of stone, and Queen Victoria’s footprint – this is more likely. And, according to my son’s story book, the Queen of the Mermice of Mousehole lives in a cavern under the island, guarded by cod-fish butlers. Normally I am immune to such nonsense. But I could believe anything of the magic castle on the mountain.

In summer, it is filled with pilgrims. I went to Marazion yesterday to get a boat to the island for a coffee and the queue at Chapel Rock was two hundred long. But, like Venice, it is more fascinating in winter, when it is lonely and damp, even if you don’t get to watch tourists getting their feet wet. Few boats run for visitors in winter; you must walk there.

The islanders are served by an amazing amphibious vehicle. I saw it once, driving out of the sea. It would be odd anywhere else. Here it looks normal.

Confessions of a QI elf - Will Bowen